The definitive aerodynamic packages of the new Rally1 cars were finally rolled out during the Rallye Monte-Carlo, after several last-minute modifications were introduced in the week before the event. This is our first review of the brand new cars with special incidence on the new details, after our comparative analysis of the test cars that we published here.

The main aero modification of the Puma Rally1 aligned in Monte-Carlo was the redesign of the front fenders. The front splitter side fences and the fender side lip and wing-shaped top surface finally disappeared from the car. The new design includes a simpler design, with a very thin front of the fender and a flat surface on top of them.

The similarity in design with the other two cars seems to suggest that the original design would be against the new regulations, which would explain this last-minute modification, as the original design was introduced since the first appearance of the Puma, back in August. 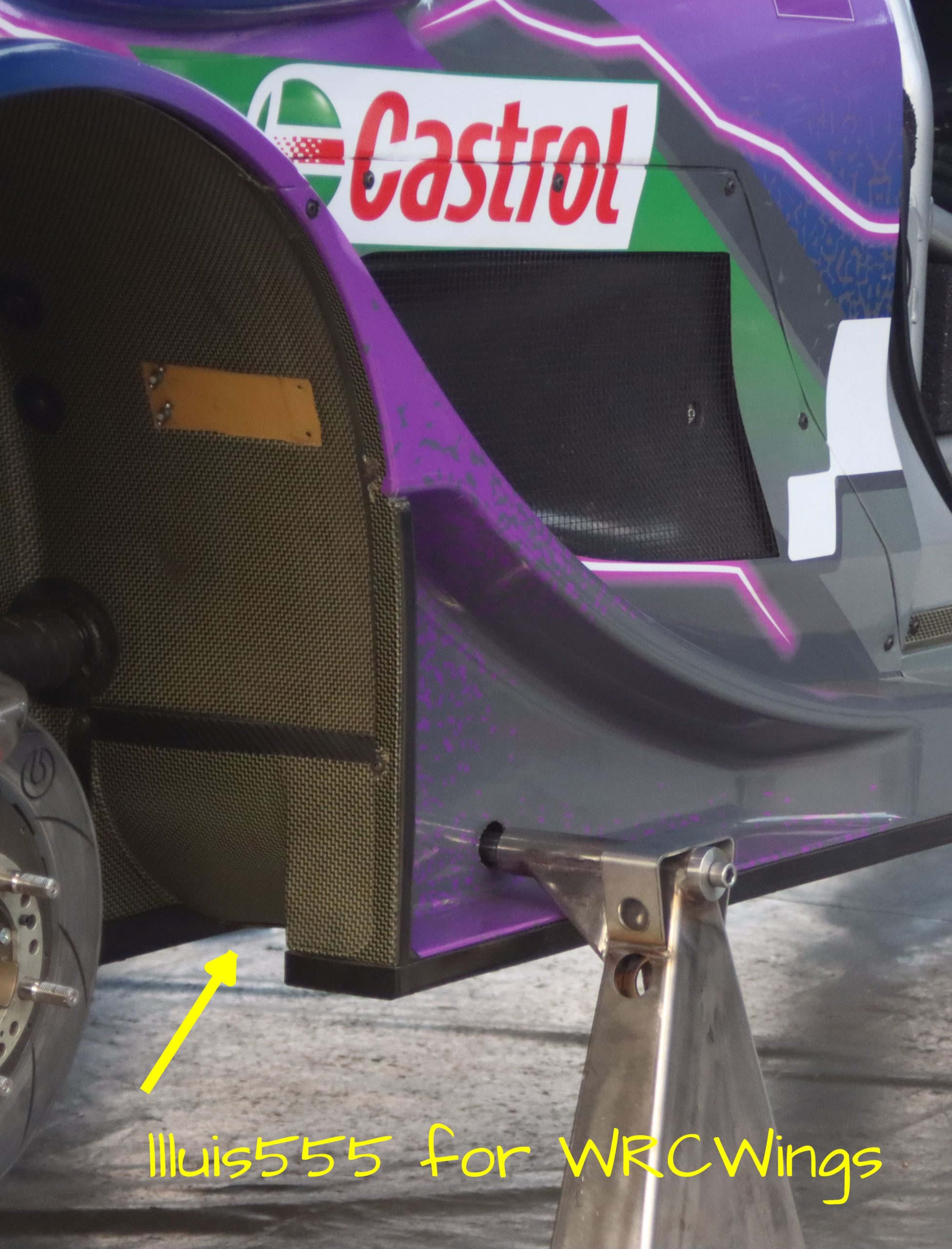 A second detail seen in the Puma was the introduction of wheel diffusers. That is, a small diffuser located ahead of the rear wheels, designed to accelerate the air flowing on both sides of the car, to reduce pressure. Curiously, this solution was utilized by Hyundai and Toyota in the previous WRC cars, while now both teams have discarded it, and MSport has adopted it. 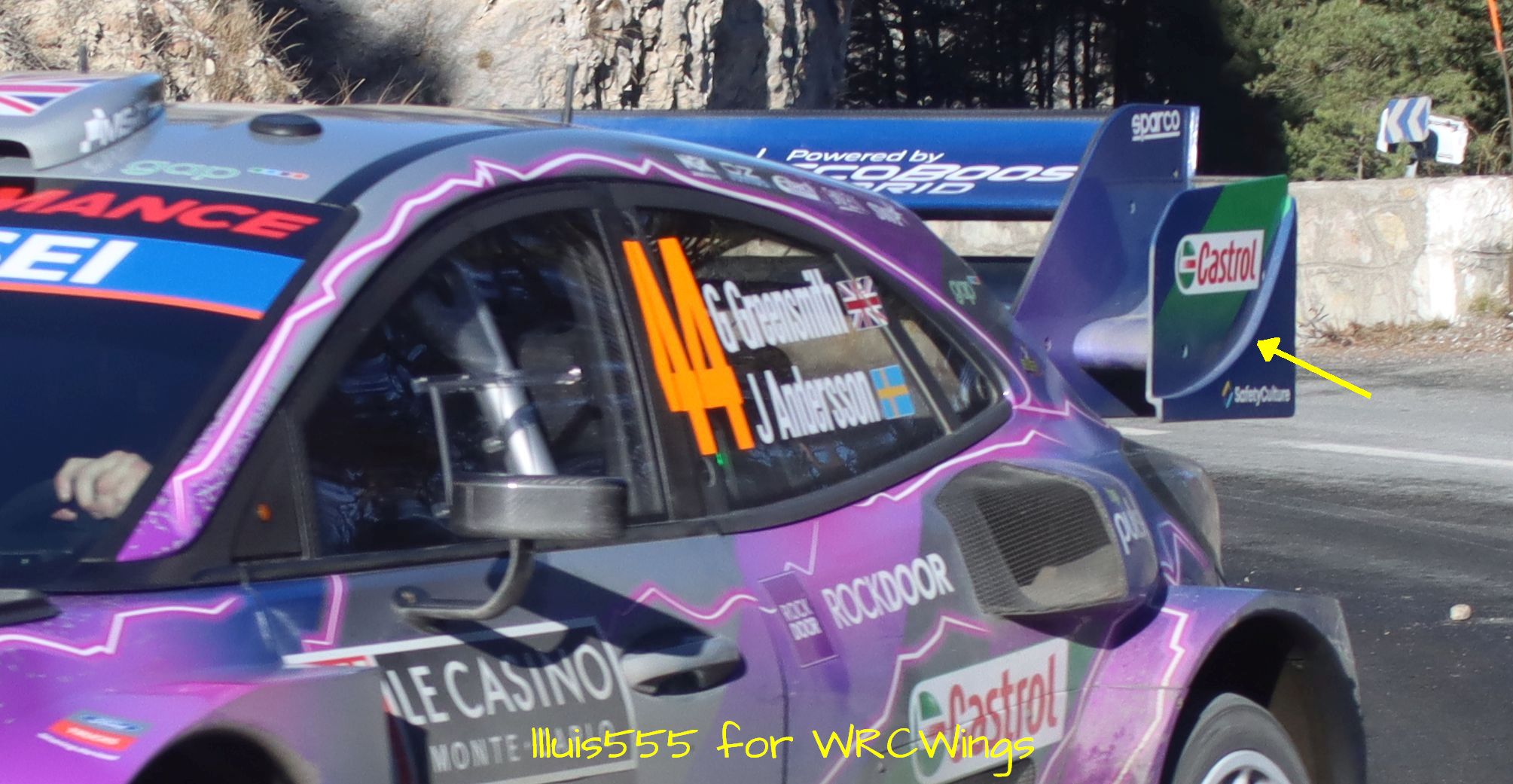 The rear wing seen in Monte-Carlo was the same design seen in the presentation held in Salzburg the week before, with a small indent in the endplates. The image also shows the real size of the orifice in the side air intake, which is smaller than the outer size of the intakes would suggest. 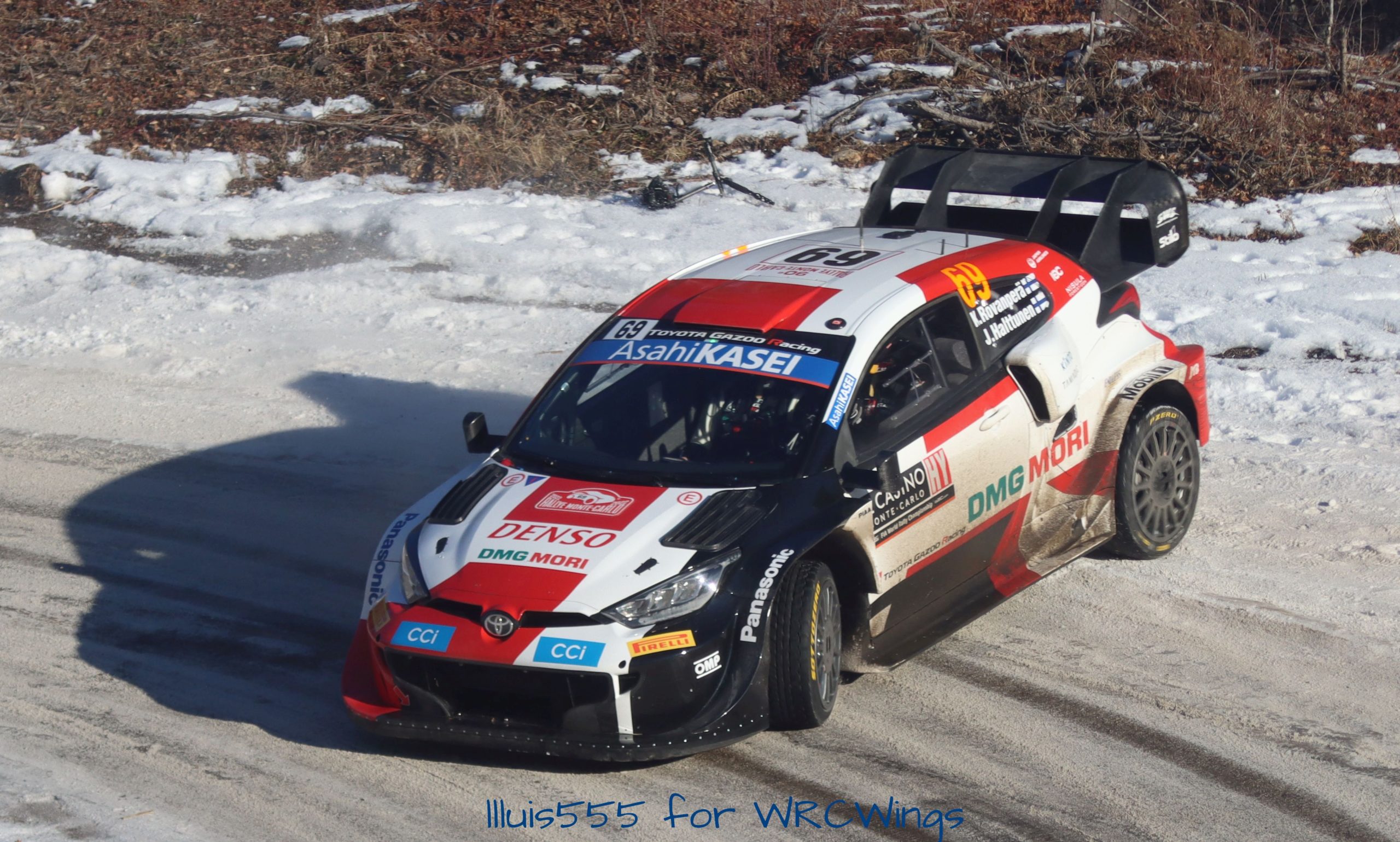 The presence of the new side mirrors in the GR Yaris was one of the most talked-about topics by rally fans in the French stages. The vertical disposition of the mirror and the big separation with the body can only be explained due to the need to provide the side air intake and the rear wing with a clean and undisturbed flow, to maximize cooling and downforce generation capacity, respectively. The downside is that the mirrors are now more exposed, thus more easy to lose them, such as it happened to Ogier/Veillas on Sunday morning. 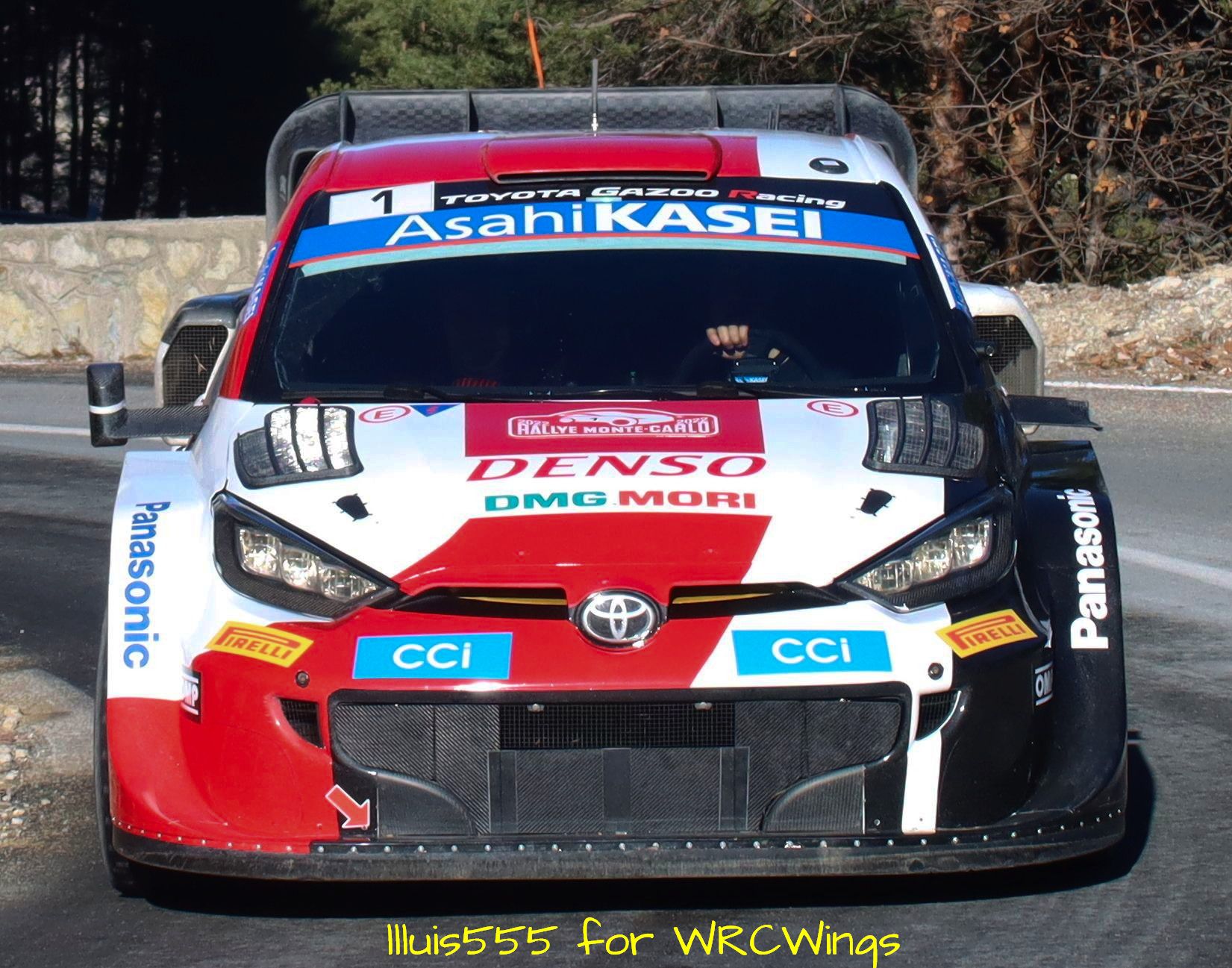 The shape of the support, which resembles an inverted wing, is an additional contribution to the generation of a small downforce at the front of the car, to compensate minimally for the absence of the banned elements on the front fenders (dive planes, winglets, etc.). 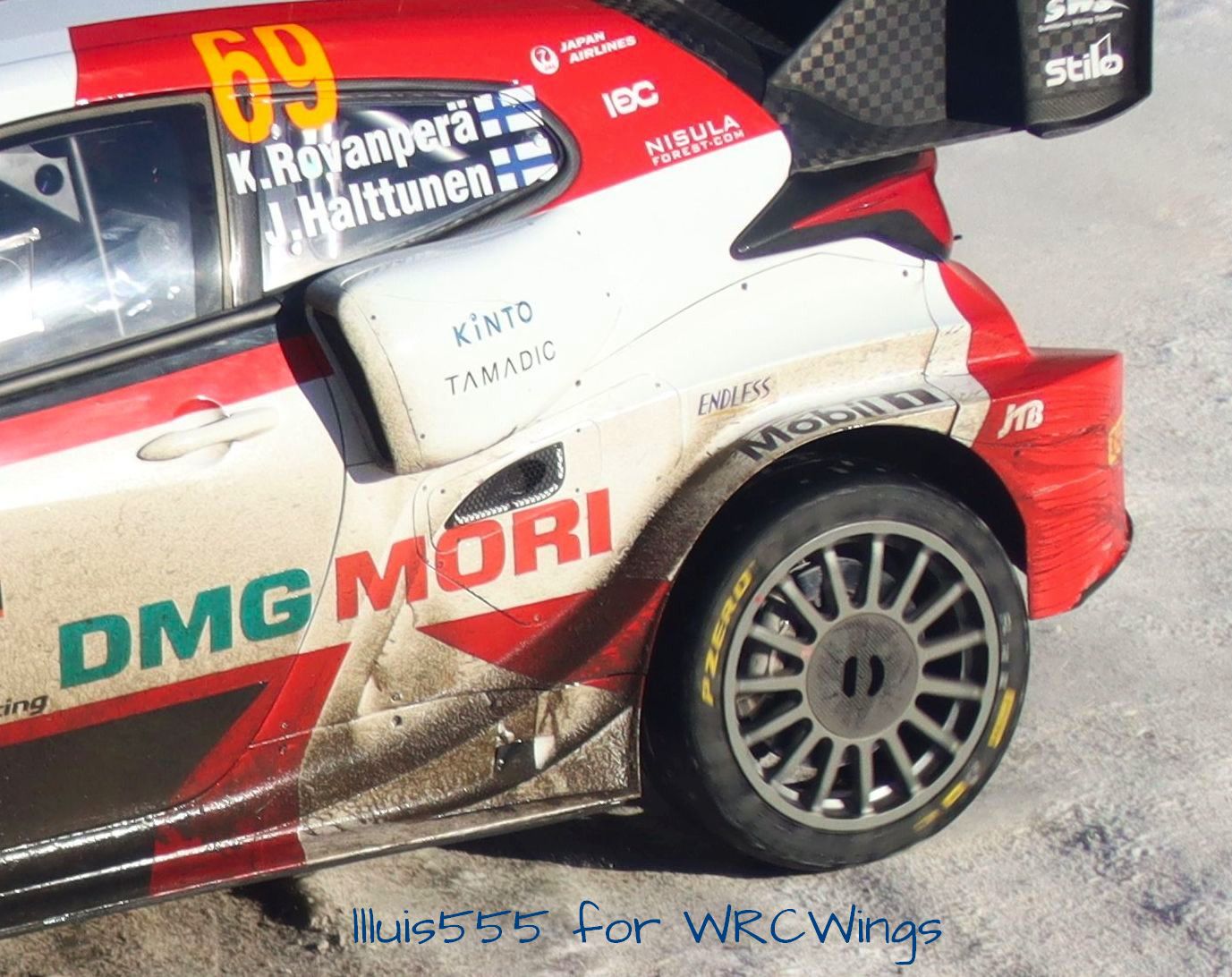 In Monte-Carlo, we could also see the definitive configuration of the rear brakes air intake of the GR Yaris Rally1, which had been modified during the pre-season tests. Now it includes a small grid, to prevent dust, mud, snow and stones from entering into the brakes cooling circuit.

Hyundai had already deployed all the aero novelties of the car in the winter tests, and nothing new could be seen in Monte-Carlo. However, still some details deserve a close look. One of them is the design of the side air intakes, probably the most subtle, which in aerodynamics means those that generate the least air resistance (drag). 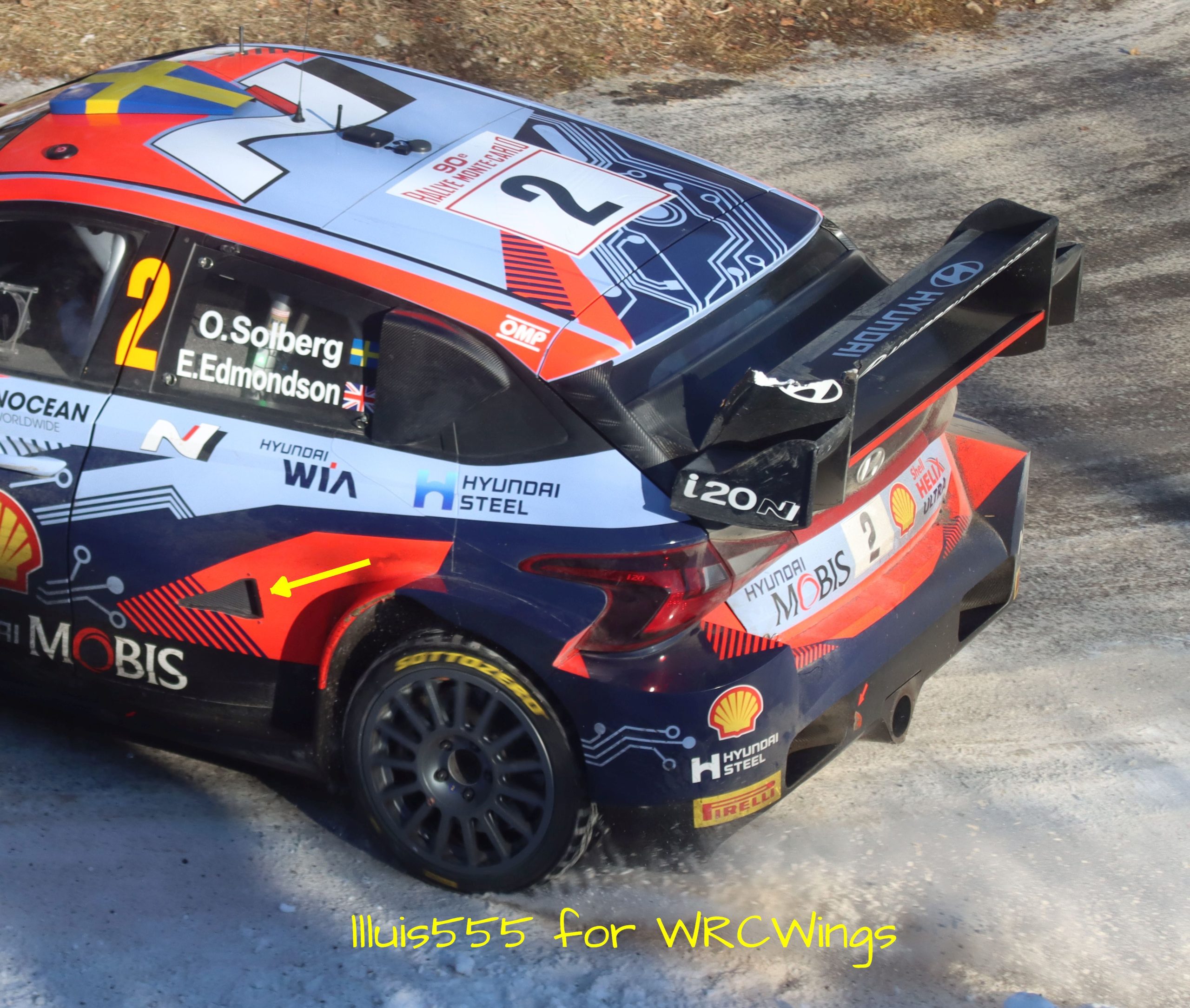 Also, Hyundai maintains the NACA duct shape in the rear brakes air intake. However, even though the low temperatures in the event, the intakes remained open in any condition, which seems to indicate that the covers often used in the i20 WRC have not been transferred to the i20 N Rally1. 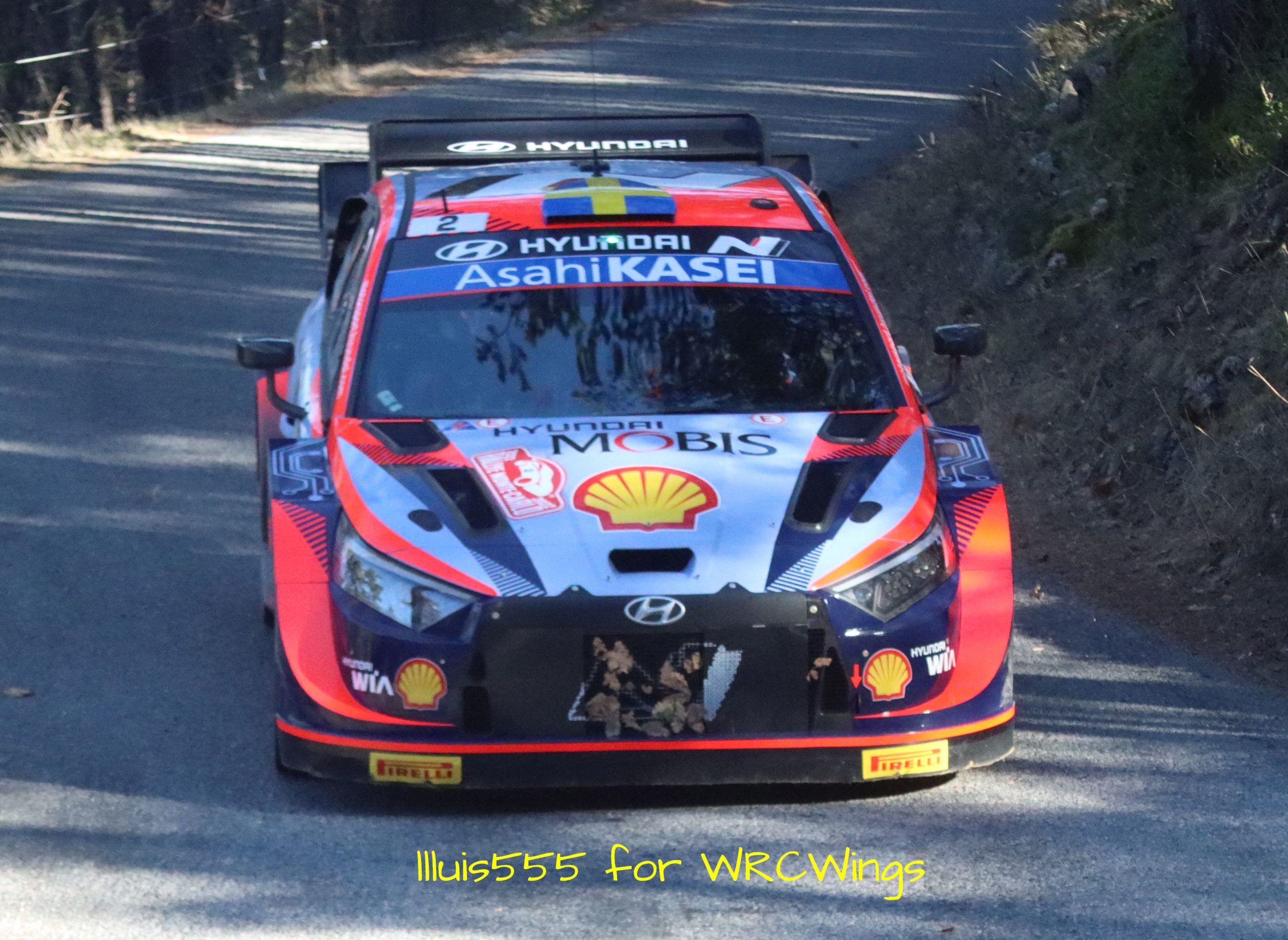 During the event, the Hyundai was the car using a higher surface of radiator blanket plates (at least it is what images seem to indicate), showing that the Hyundai engine would be the most sensitive to low temperatures. The use of the plates prevented the team from using the anti-leave system, and some leaves accumulated on the free spaces at the front of the car during the event, which might have caused engine overheating. 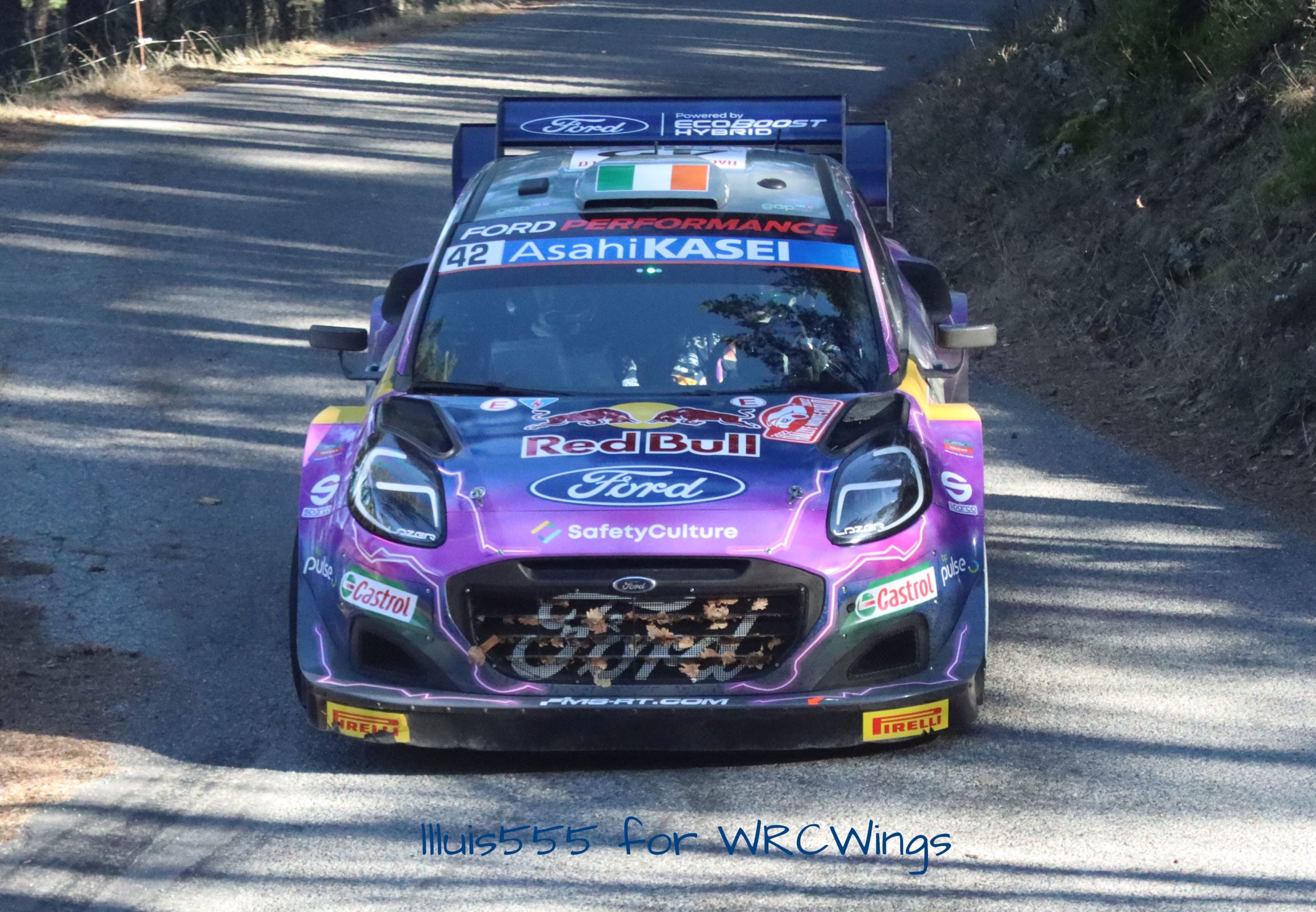 Also, MSport and Toyota suffered from this problem. MSport installed a shutter-type system, similar to that used by Hyundai in the last seasons, but it did not prove to be very effective, as still many leaves accumulated at the front of the Puma. 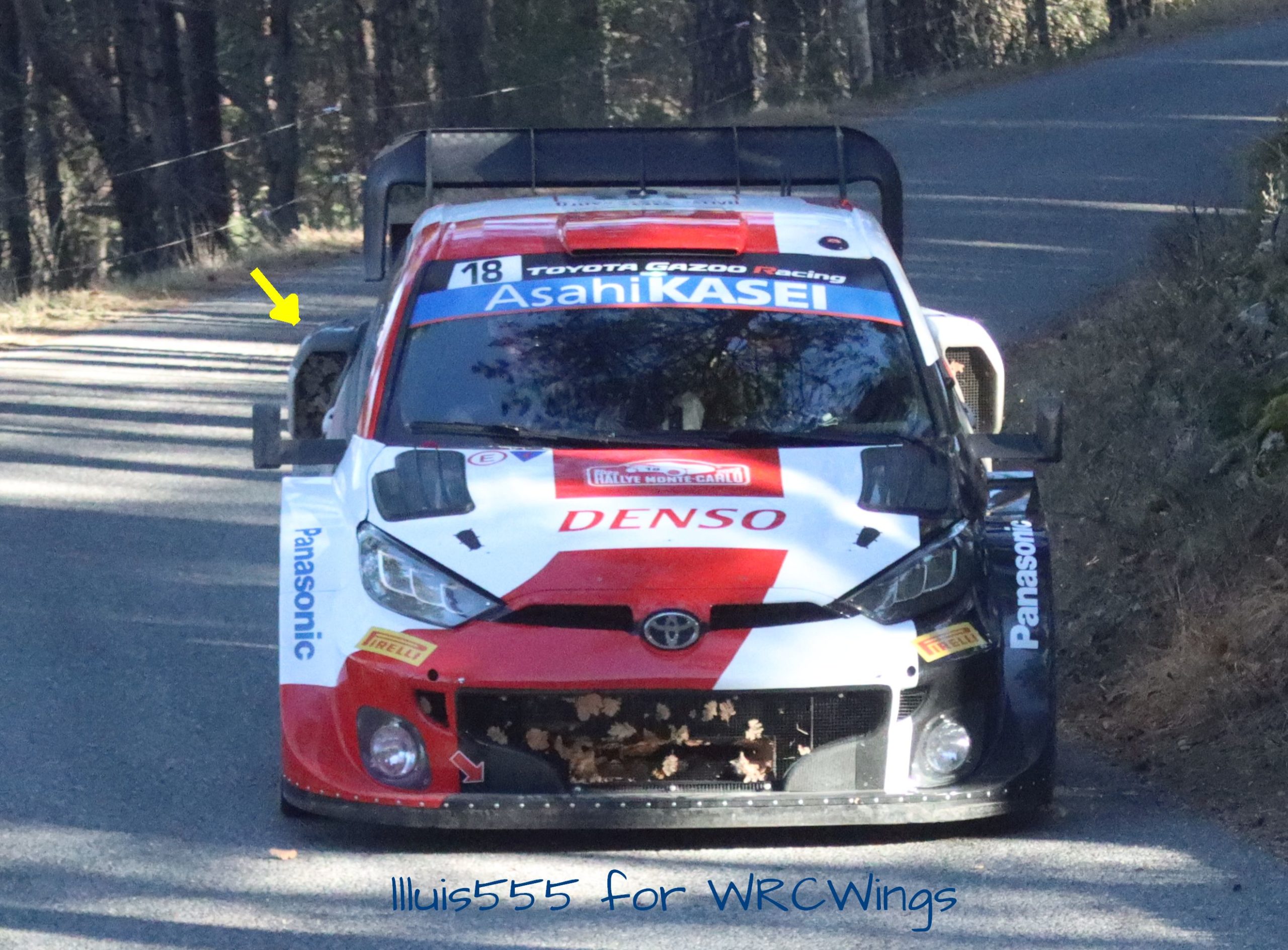 Toyota has not introduced the basket system used in the Yaris WRC during the last season, allowing leaves to accumulate at the Yaris front. Also, they had the same problem on the side air intakes, as shown by the arrow in the image above.

These details will surely be tested and improved during the next test sessions, as most of the Monte-Carlo pre-event tests were held on snow roads, where leaves were not a problem. Also, as we have seen during the event, some of the novelties (especially the hybrid system) will require more tests for the teams to get full advantage. And, as we saw in 2017, the development of cars never stops, for what we have a very interesting season ahead.