To the surprise of some, the aero parts of the new Rally1 cars that are having a major presence in the papers these days are the side mirrors. They have always played a role in the aerodynamics of rally cars, due to their location. But, with the new Rally1 cars, this role has become critical. Why? 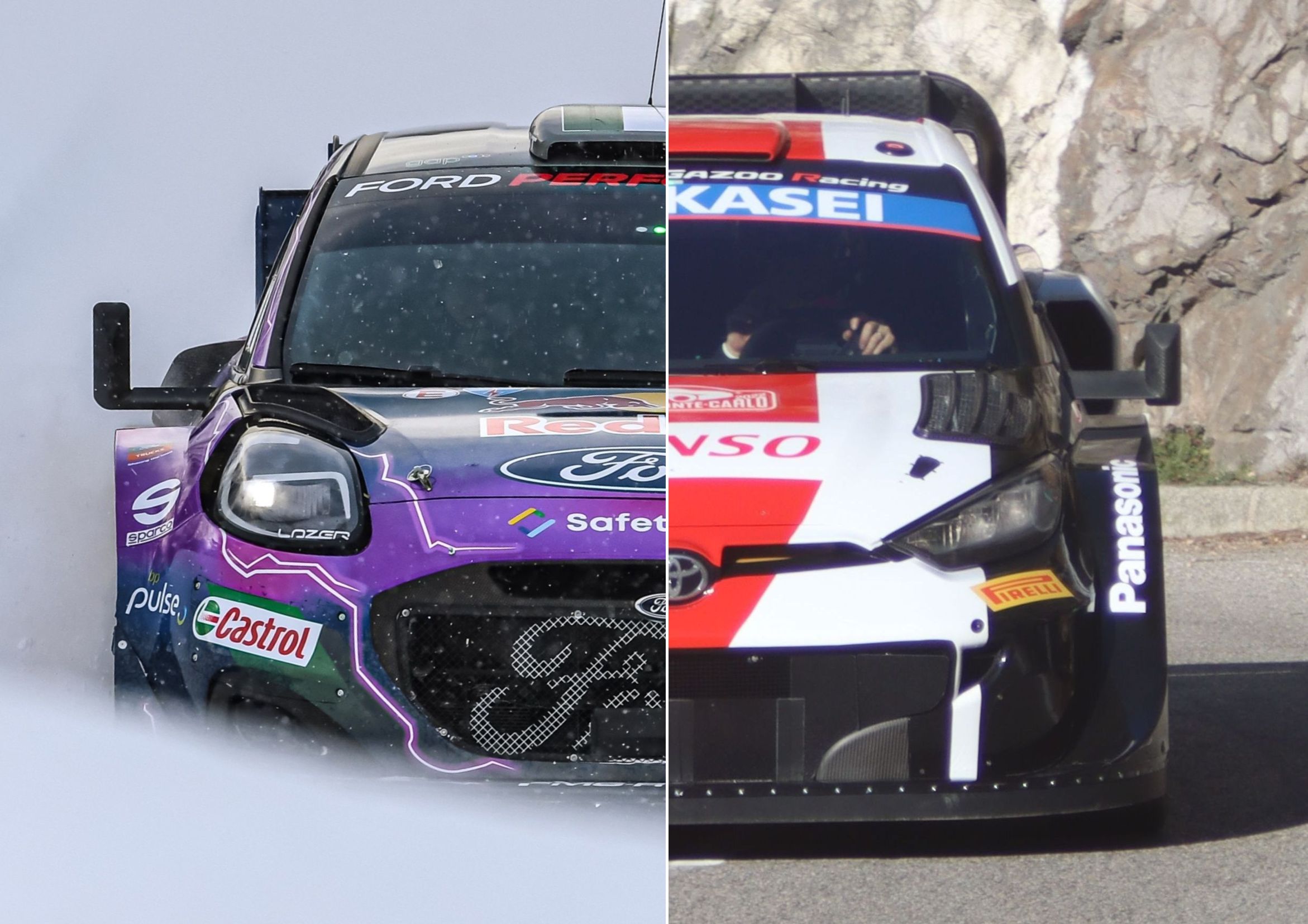 Tom Fowler, Toyota WRC Technical Manager possibly gave the answer, when he declared to Lawrence Butcher in a recent interview for PMW Magazine that they consider having reached only 95% of the hybrid unit required cooling capacity. Remember that only a few tests last year were developed under hot conditions. And cooling issues are not easily evaluated in a wind tunnel. All these factors explain the doubts about the real cooling capacity of the system. The search for any solution that can improve this capacity, such as the side mirrors, is then fully justified. That would also explain why Toyota did not show their side mirrors design until the very last moment, in the Rallye Monte-Carlo prevent tests held in mid-January.

And the next occasion was in the official presentation of the teams held in Salzburg in January 15th, but only with a preliminary version of the new side mirrors, with the support consisting on two planes (on the left side in the image below).

It was not until Rally Monte-Carlo that we could finally see the final version of the side mirrors (on the right side in the image above). The main difference was the support, finally with the shape of a real (inverted) wing, to generate some additional front downforce.

Last week it was MSport who decided to introduce a similar design, in the Rally Sweden pre-event tests. The goal would be the same, although Sweden is to the place where cooling issues should appear. 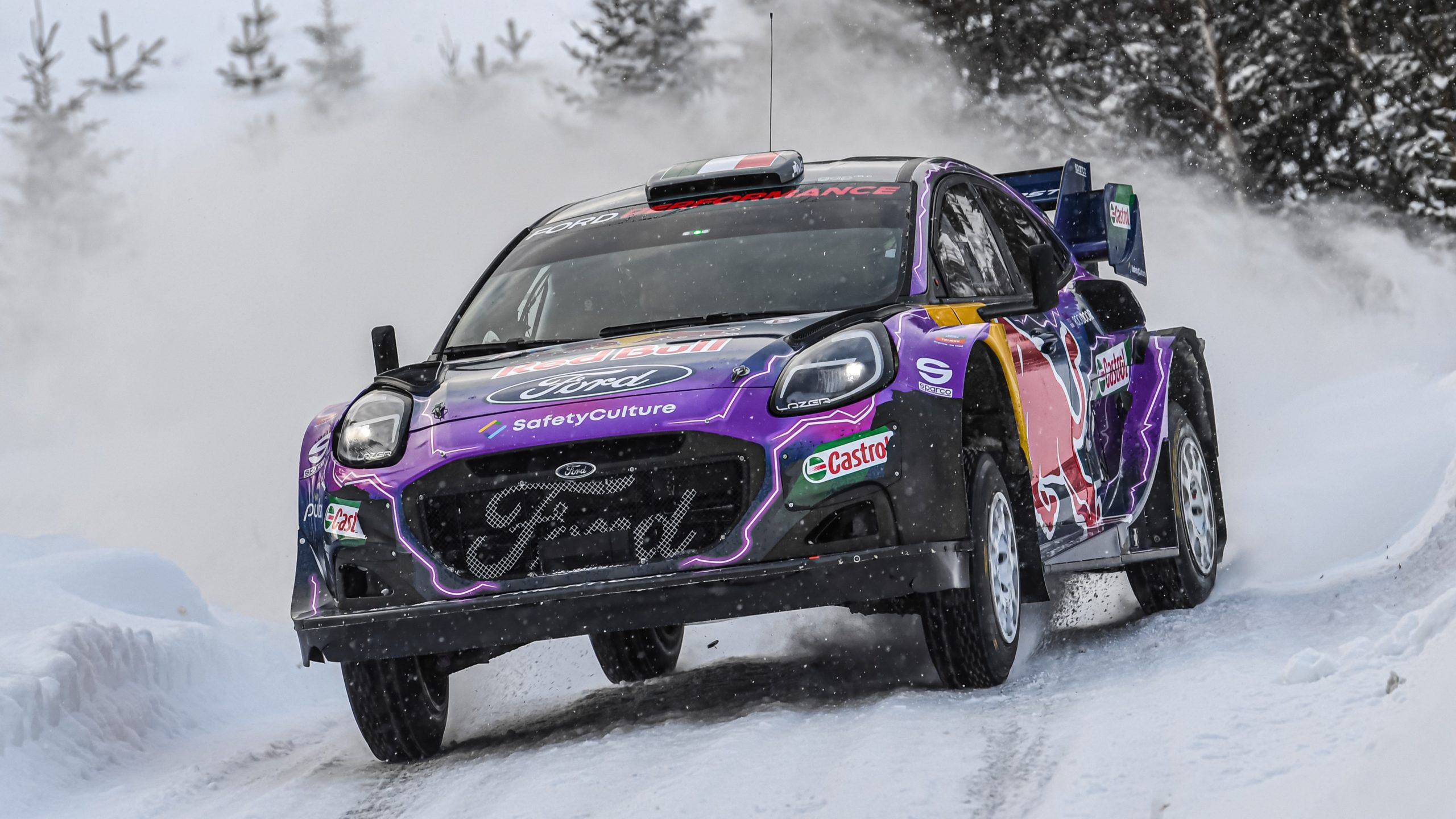 Why all this stuff? The answer can be found by simply taking a look at the new Rally1 cars. And, more specifically, to the Ford Puma Rally1, as the only car having used both types of mirrors. 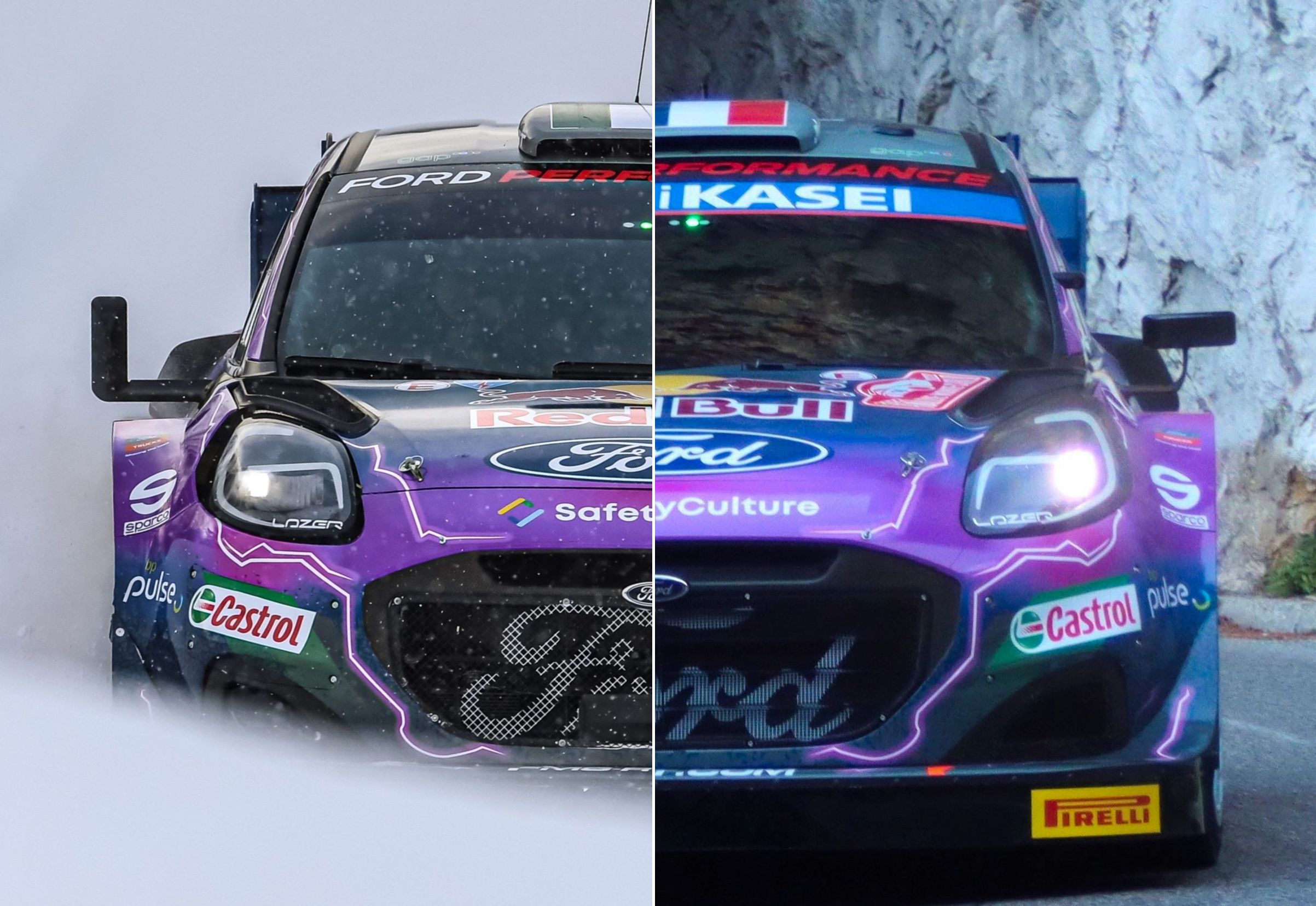 As the images show, the original side mirror (on the right side in the image above) was placed in the center of the line connecting the top of the front fender and the hybrid unit cooling air upper intake and the side wing of the rear wing. That is, causing a significant disturbance in the airflow following this line, causing a reduction in cooling efficiency and downforce generation. The impact over rear downforce is not critical, as the amount of downforce such rear wings are able to generate is enormous. But the impact on the cooling efficiency cannot be neglected.

The bigger separation of the new mirrors with respect to the body of the car allows a faster, cleaner airflow in this area, thus feeding a better airflow to the rear that improves both cooling and downforce.

If this modification is so advantageous, why Hyundai has not implemented it yet? The images of the Hyundai i20 N Rally give the answer. The upper location of the side intake in the Hyundai makes it less sensitive to the presence of the side mirror. This means that any modification of this element would have a much smaller impact on the cooling efficiency. So, unless rear downforce was in compromise, we don’t expect to see Hyundai facing a mirror modification. But, as always, time will tell.

In addition, the side mirrors have other impacts on the car performance that need to be considered.

Side mirrors have a small but non-negligible contribution to the overall aerodynamic drag of a vehicle. Typically for passenger cars is in the range of 2.5–5%. With the new disposition, the front area is surely the same, but the impact on drag is higher. Forcing air to flow between the car and the mirror has also disadvantages: the impact over the external main airflow is bigger (due to the bigger separation) thus the air resistance will also be higher.

The side mirror separated location with respect to the body compromises their reliability. Which in the end is not that bad, as losing them represents the end of the problem… Rally divers do not need them to win races, but to comply with regulations. And these just set that two external mirrors are compulsory, with a reflecting surface of at least 90 cm²… at the beginning of each leg.

In summary, such a small part plays a bigger than expected role in the new Rally1 cars. And it will continue to play, at least until the capacity of the hybrid unit cooling system can be tested in the hottest events.