Rally Sweden was once again one of the fastest rallies of the season. With such high speeds, aerodynamics plays a very important role. The course of the event confirmed that role, and some conclusions could be drawn about the current aerodynamics of the new Rally1 cars. This is our review of these indications, from which we can draw some clues as to what we may see in the coming months.

A quick look at the results on the fastest stages already gives some information. 10 out of 17 stages were run at an average speed over 125 km/h. In those stages, Toyota and Hyundai performed very similarly, with five fastest times each, while MSport cars could not get better than fourth fastest times in any of these stages. 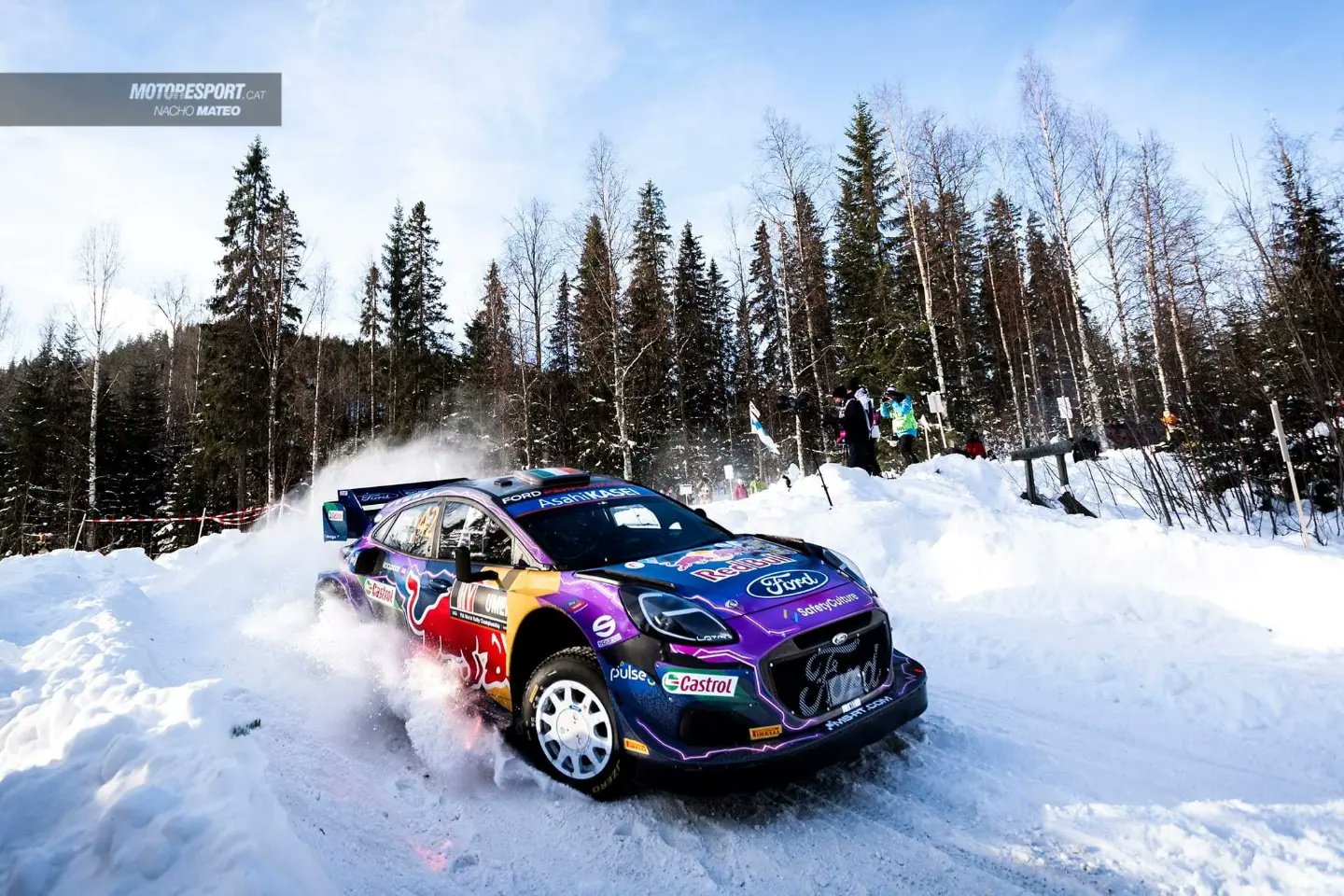 Secondly, the top speed in the long straights of Rally Sweden showed sustained values around 192 km/h (with peaks around 200 km/h) for the Hyundai, while Toyota and MSport hardly reached top speeds 4-5 km/h slower. Although many other factors are involved, the higher top speed could also indicate that the Hyundai would be the car that would offer lower air resistance, compared to Toyota and Ford.

Showing similar results at high-speed stages might indicate that the Toyota makes up for it with a better cornering. It may have helped that the team had been working, in the time since the Monte-Carlo ended, to make the car turn better, as Toyota Team Manager Jari Matti Latvala told us before the start of the Swedish test: “Biggest area where we concentrated was the turning of the car with, try to reduce understeering and get the drivers more confident with the car“.

In fact, Latvala acknowledged that this was the main deficit he had identified the day he tried the Rally1, at the end of last year in Japan: “Worst is not having central diff, as the car becomes understeering, you have to force the car more for turning, but I like the challenges with the cars and this is a good challenge“.

He linked it to the absence of the central differential, but it is undeniable that the aero trimmed in the front of the vehicles brought by the new regulations has also contributed significantly to understeering, a word we will surely continue to hear very often in the next months. 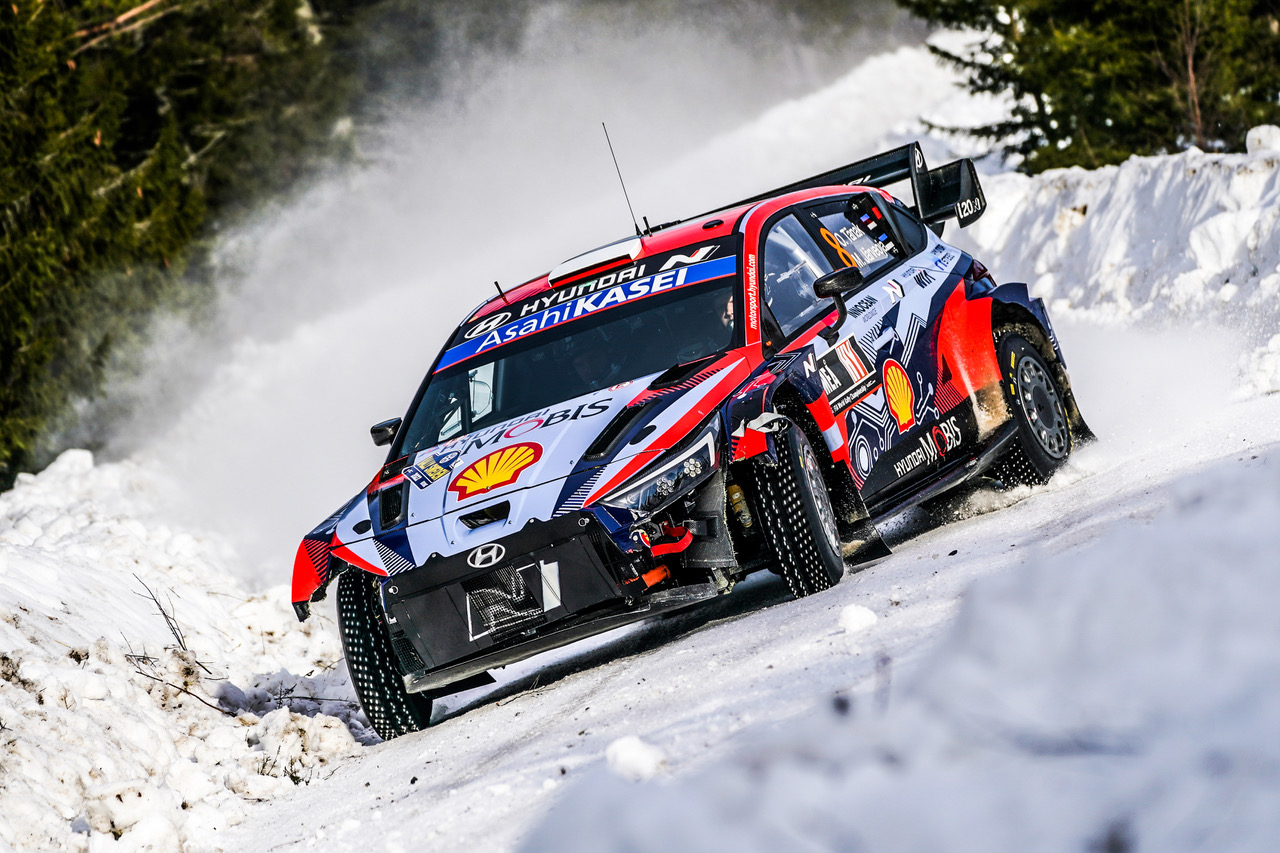 Tänak’s declarations at the end of the SS3: “We had no aero” after losing the front bumper, corroborate how critical can become understeering in the Rally1 cars. With no front bumper, the absence of the other front aero parts used in the WRC2017 (dive planes, winglets and endplates) results in no front downforce generation, leading to very poor front grip. 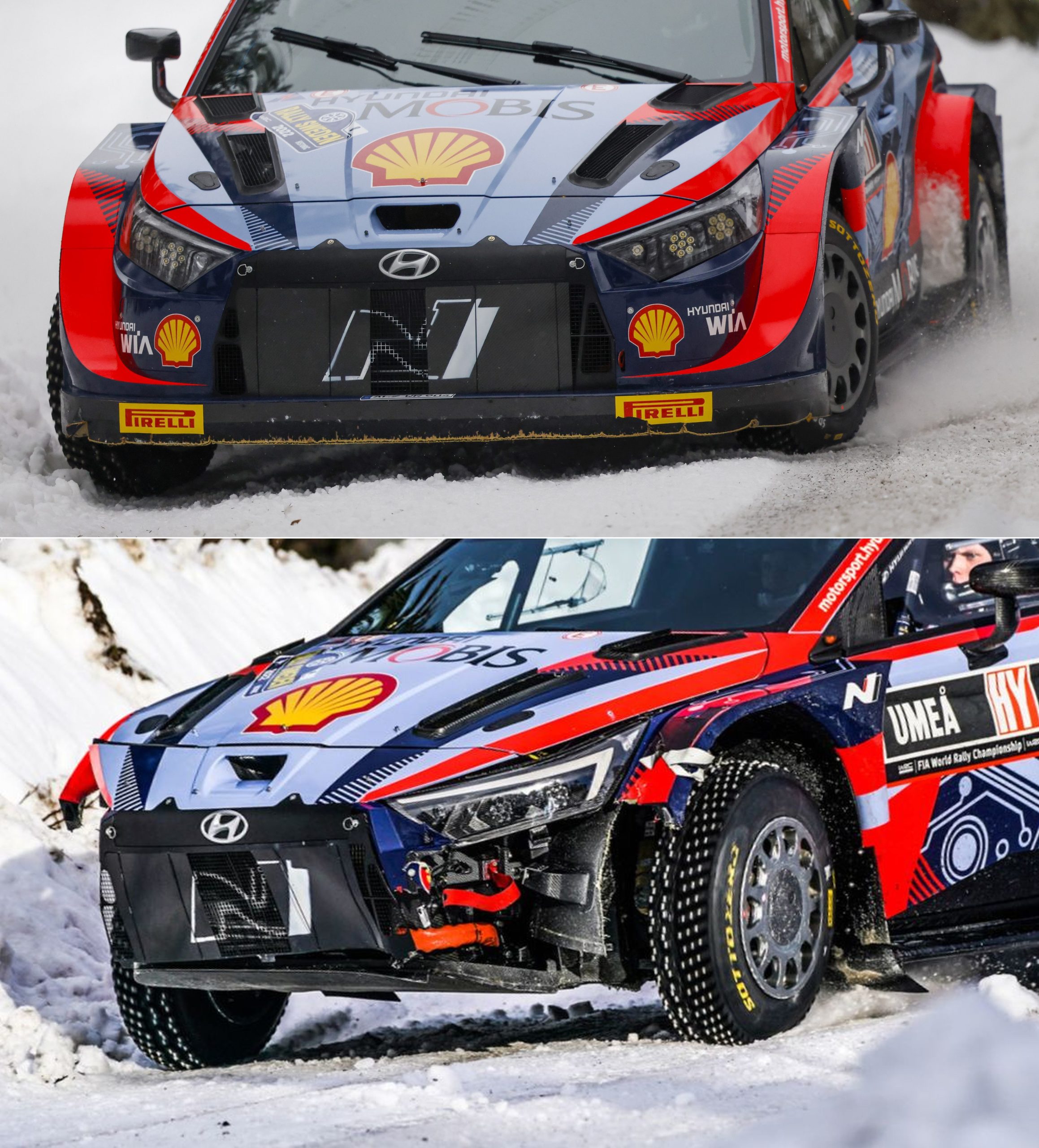 The images above show the difference between having and losing the front splitter: much more air can enter under the car without it, thus increasing the pressure there. The result is that the car lifts, which is the opposite of what engineers search for, that is, downforce. Lifting means that wheels lose contact with the ground, and the car is more reluctant to turn. It definitely understeers.

To avoid this, it is very likely that all three teams will devote significant efforts to find alternatives during the next weeks and months. How can the problem of understeer be addressed? According to Latvala “You have less options, you have to upgrade the software of the hybrid, work on the suspension side”. But also with the aero, in spite of the limitations.

Also Hyundai seems to be working on new solutions, that could be introduced as soon as in Portugal, according to Hyundai Deputy Team Director Julien Moncet declarations in an interview with Dirtfish.

The teams have in 2022 up to 5 jokers to make modifications to the car body, while only 3 for the engine, which was already the subject of final approval in July 2021.

Despite being only the second test of the year, in Sweden we could see the first modification that involved aerodynamics. MSport incorporated a new design of the side mirrors, now oriented vertically, which, as in the case of the Toyota GR Yaris Rally1, allows the air circulating between the mirror and the car to flow at a higher speed and therefore, it has more cooling capacity of the hybrid unit and allows the rear wing to generate some more load. 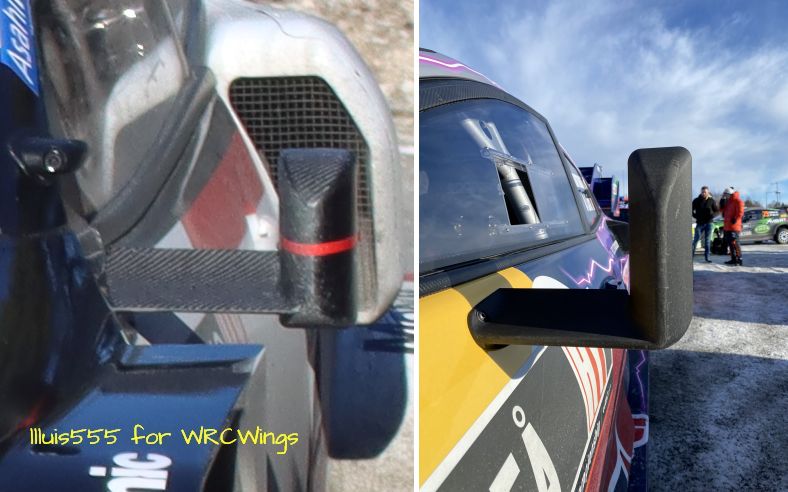 Another detail that could be noted in Sweden (although it was already used in Monte-Carlo) was the design of the Toyota’s rear wheel arch. In an event in which the side impacts with the snowbanks cause cars to often lose part of the rear fender, Toyota took advantage of a modular fender, which allowed to often lose only the lower back of the fender, while the rest was intact, as long as the impact was not very violent. 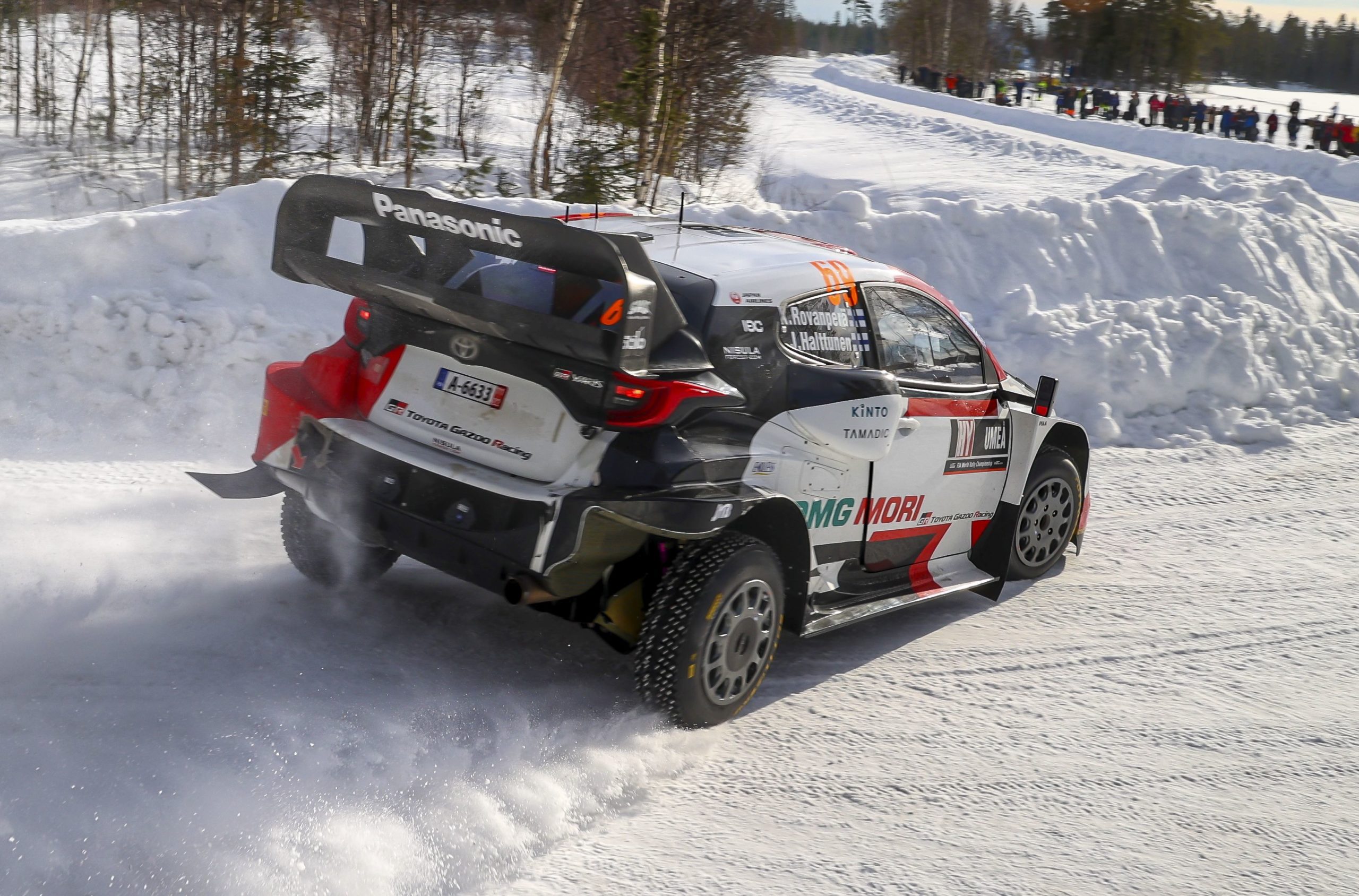 Toyota’s design has a great advantage: in case of loss of the back of the wheel, it facilitates the extraction of air from this space, which reduces the pressure, and it is possible to generate more downforce. At the same time, as the central part is not damaged, the car can continue to generate load in the central space, as the air circulating below is not disturbed by a broken fender and comes out at a higher speed, reducing the pressure under the car. But losing this part is not new. It already happened very often last year in Arctic Rally Finland, especially in the Hyundais. 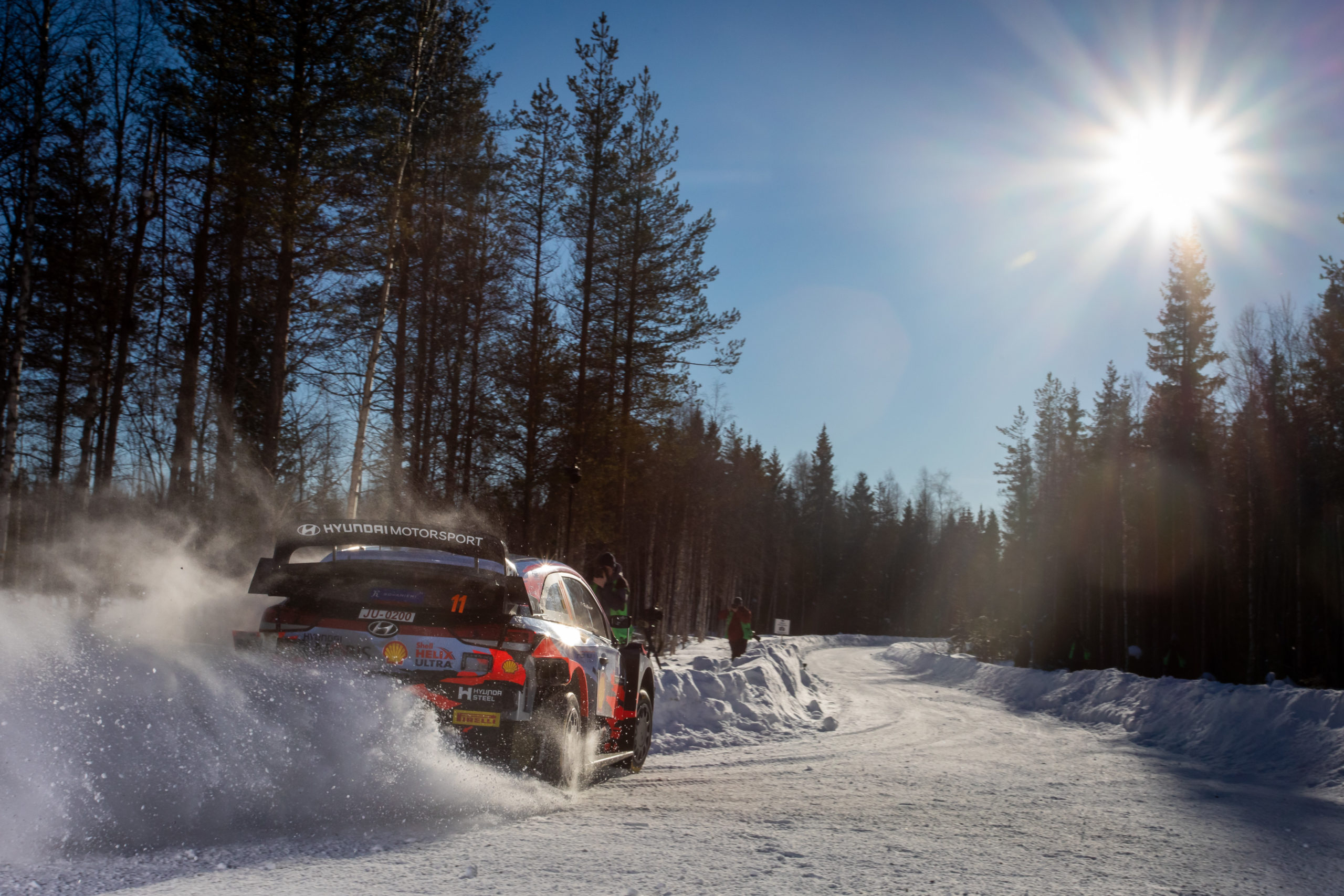 This is only the beginning of the season. Of course, we will soon see new solutions to optimize the behavior of these new cars, given that the little time available during 2021 made the development work continue during this year, in order to polish the defects of the new batch of vehicles.