Brake cooling has always been an issue in rallying. The constant evolution in materials and design has been key for the steady improvement of brake performance all over the years. But other innovative (aero) solutions also proved to be very effective. One of these was the turbofan wheels, which left a mark that is still remembered today by many fans, despite the fact that they ceased to be used almost 30 years ago. But good solutions deserved to be recalled. 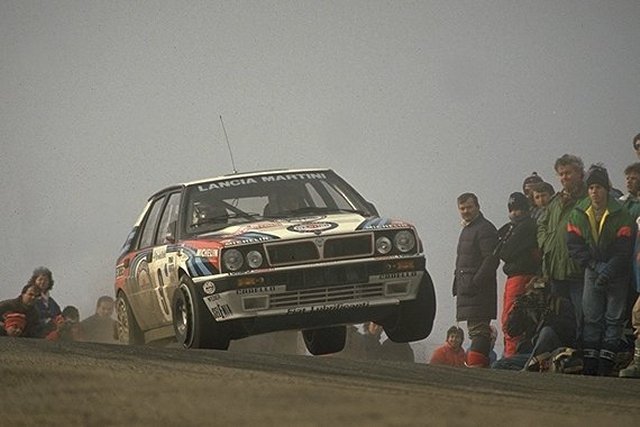 The origin of the turbofan wheels in competition starts back in the ’70s when they were first used in the Porsche 935 taking part in the World Endurance Championship. But it wouldn’t be until Rallye Monte-Carlo 1983 when they were first seen in a rally car in the World Championship when Audi installed the turbofans designed by BBS in the Quattro. And they worked so that they continued to use them in some selected events. 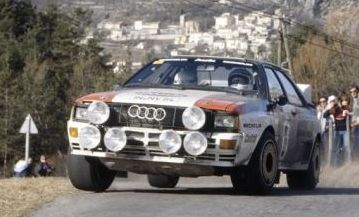 The concept was easy: to add a cover over the rim which, using the rotational movement of the wheel, helped to better extract air coming out from the brakes disks (high pressure side) and sent it to the outside (low pressure side), through the small channels practiced at the rear of the cover. 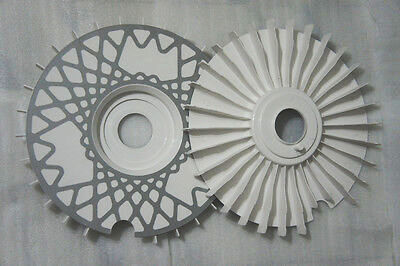 Air was accelerated by the rotational movement and exited from the wheel through the external orifices generated between the rim and the cover, as shown in the image below. 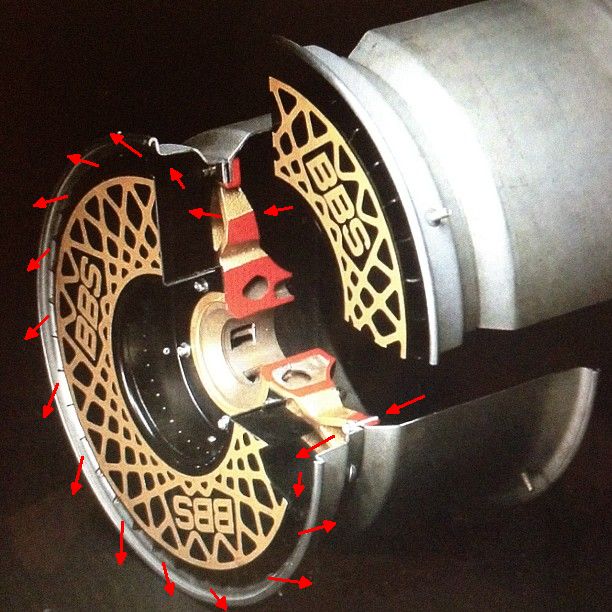 The image below from Ken Block’s performance at the SIMA 2013 is very helpful to visualize how air is removed from the wheel space by the turbofan wheel and expelled outwards. The wheel is rotating but the car is not in motion in this case. That’s why air remains around the outer part of the wheel; if the car was in movement, air would have quickly been removed by the main flow to the rear of the car. 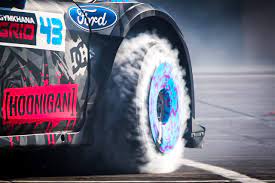 Turbofans were a wise solution for extracting the hot air from the wheel space, with many advantages, not only on the cooling side but on aerodynamics:

a. improved brake cooling capacity, as removing air from the wheel space facilitated the circulation of air, allowing the entrance of more fresh air to the brake cooling system than on a normal wheel,

b. increased downforce generation capacity, as removing air from the wheel space contributed to reducing pressure under the car, thus increasing the pressure difference between over and below the car, and more downforce could be created,

Audi continued to use the BBS turbofans in the next seasons, also with the Quattro Sport A2. 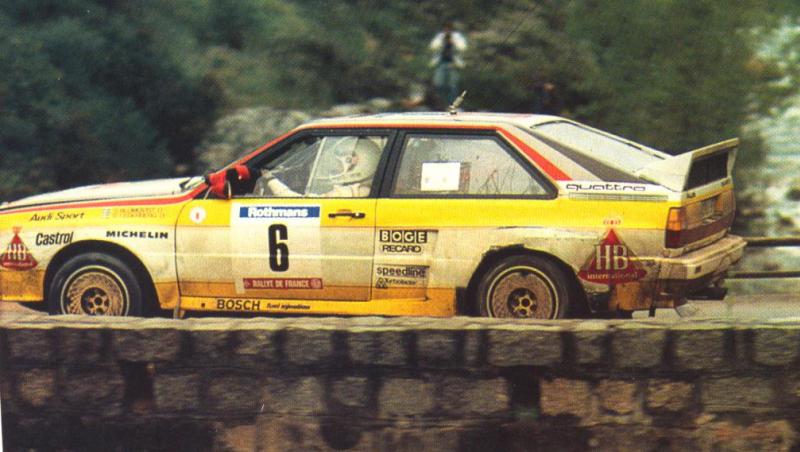 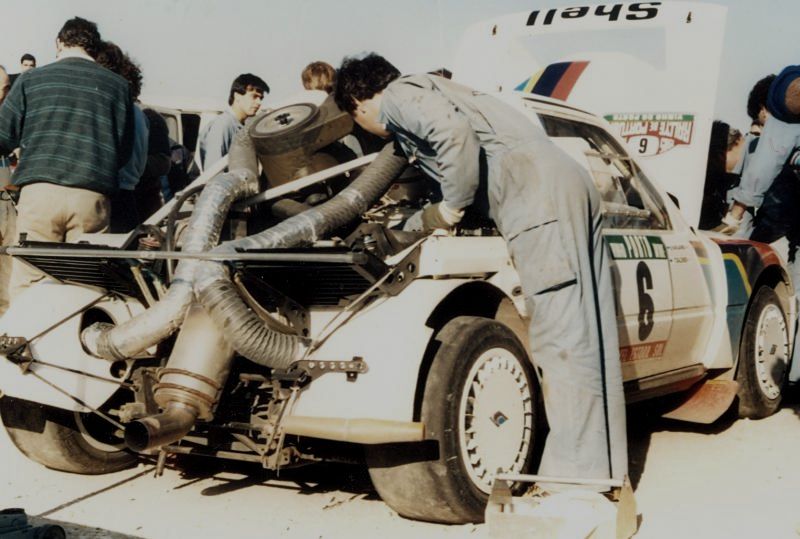 The first time Lancia used the turbofan wheels was in Sanremo 1985, in the 037 Rally. 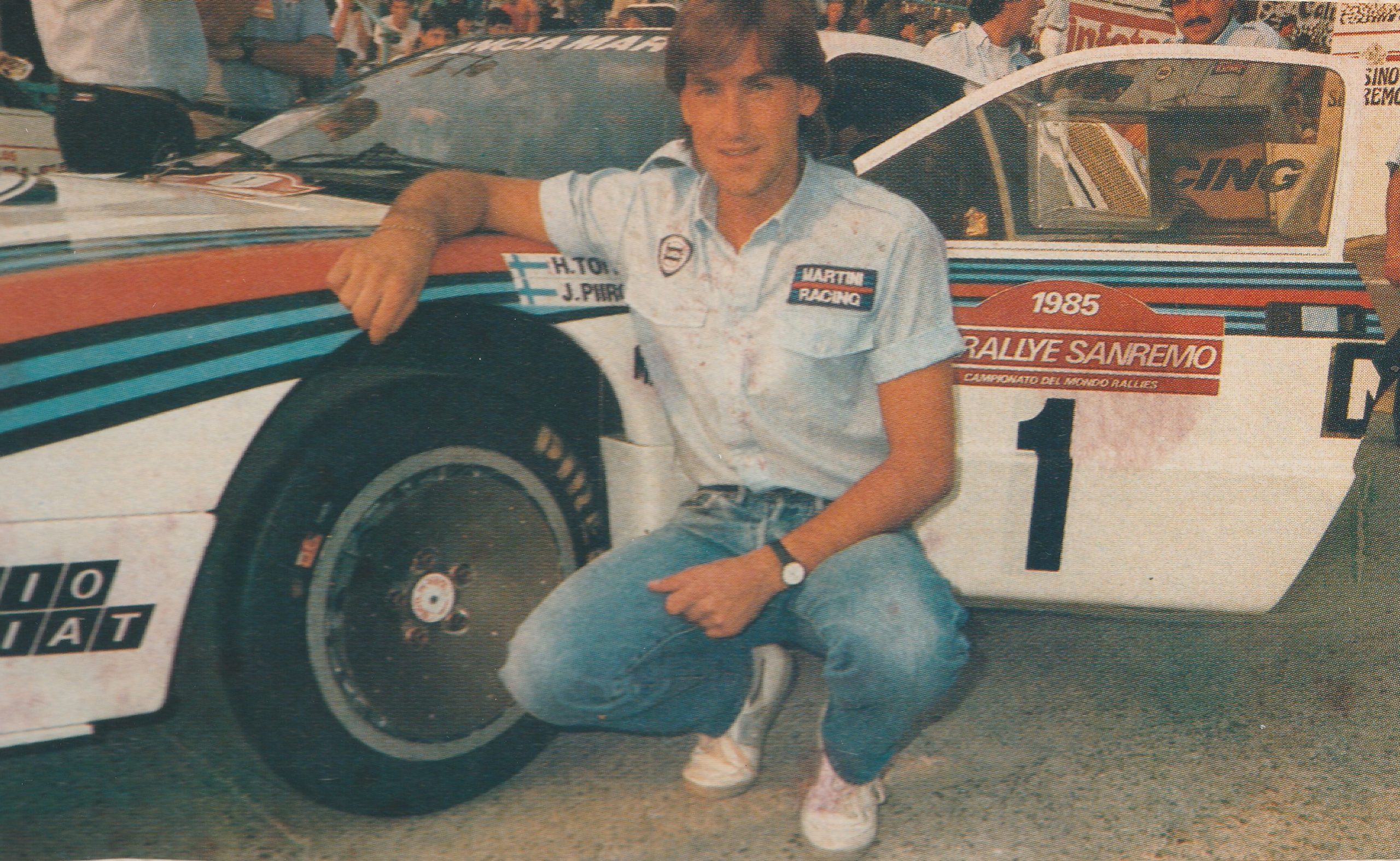 Turbofan wheels were then installed in the Delta S4 since Rallye Monte-Carlo 1986, and Lancia extended their use till the ’90s. 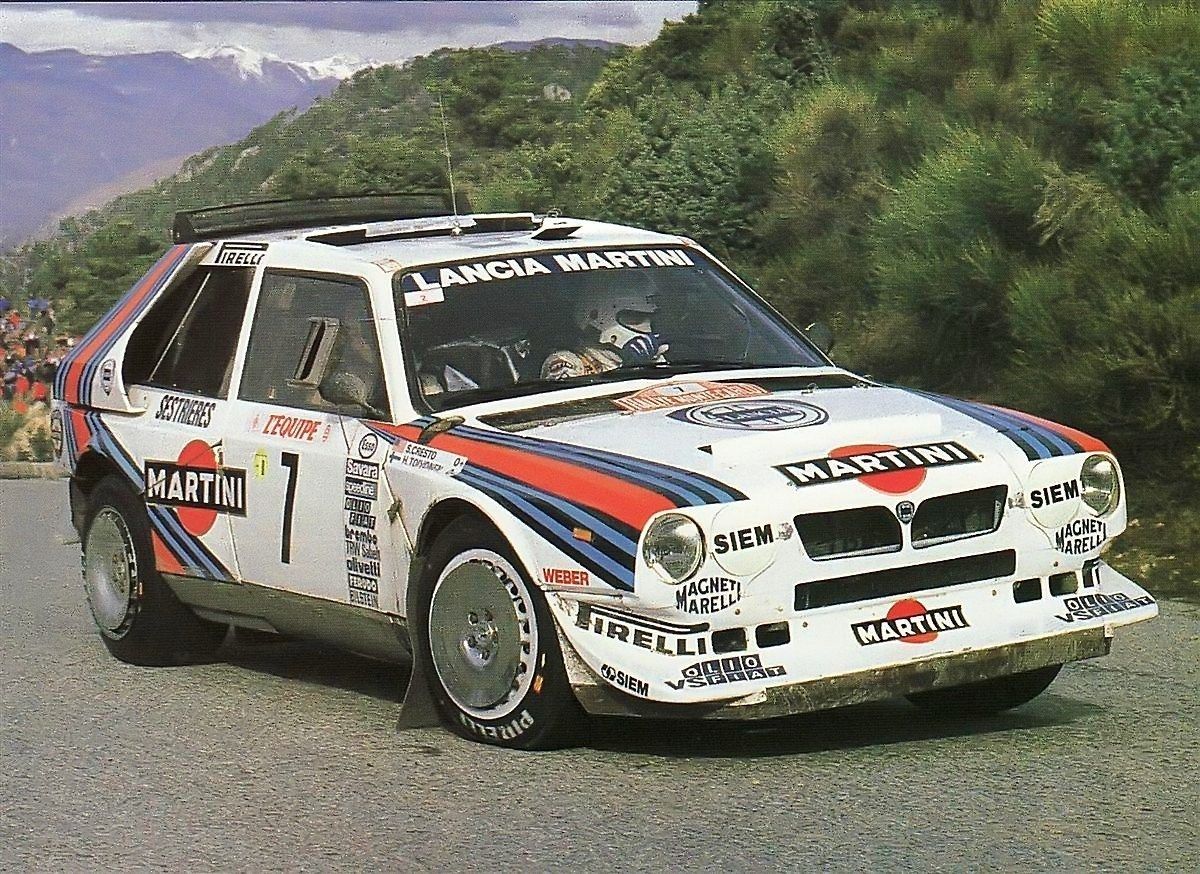 Audi continued with the use of turbofans in the Quattro Sport E2 model in 1985 and 1986. Until then, it was usual to install the turbofans in the four wheels. Audi was the first team to include them only on the front wheels of the car, surely due to the higher cooling demand on the front brakes. 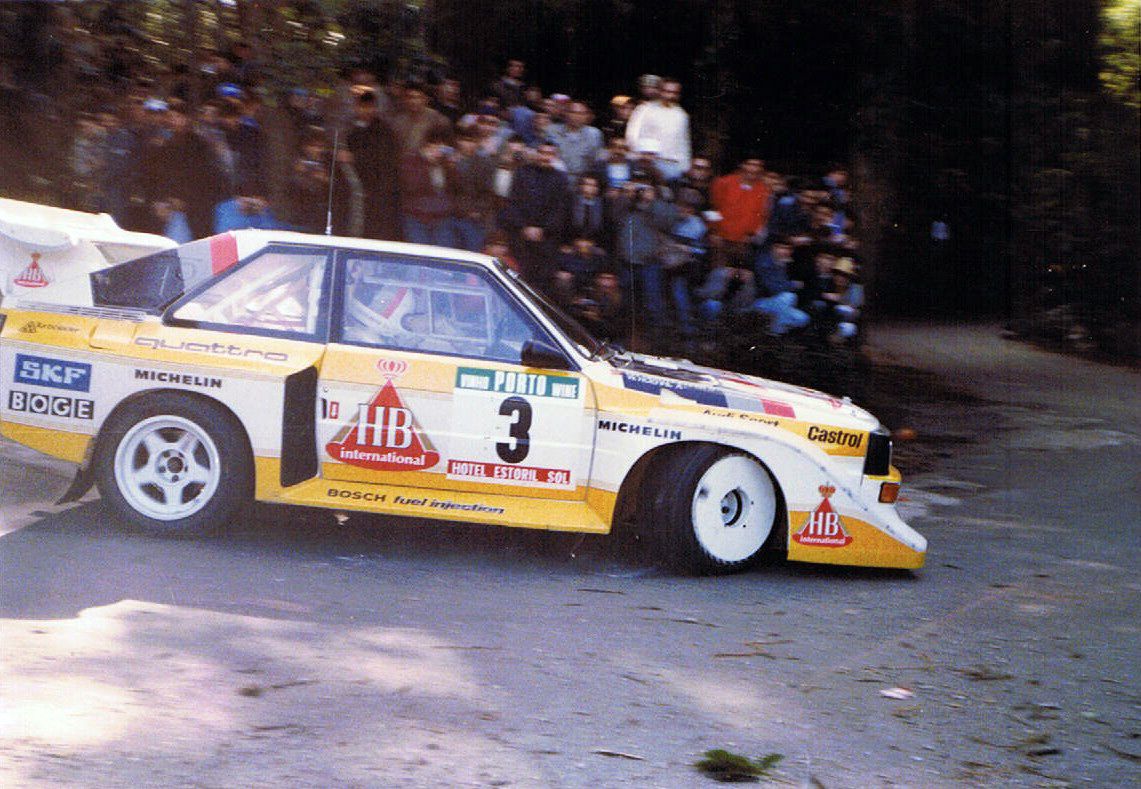 Similarly, MG introduced turbofans in the Metro 6R4 in some tarmac events in 1986. 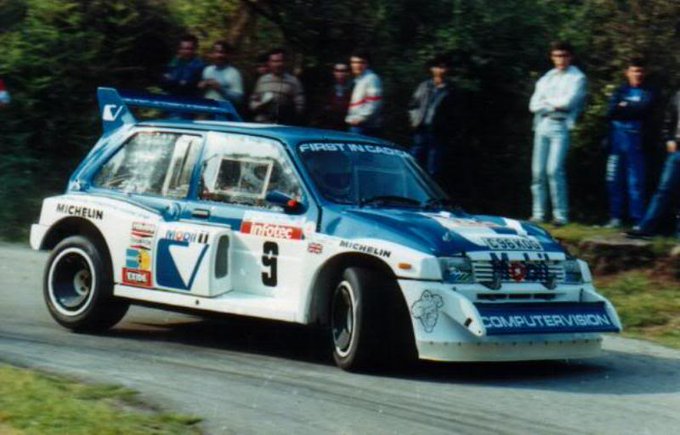 Although Group B cars were banned at the end of 1986, the use of turbofans continued in Group A cars, with Lancia as the leading exponent. 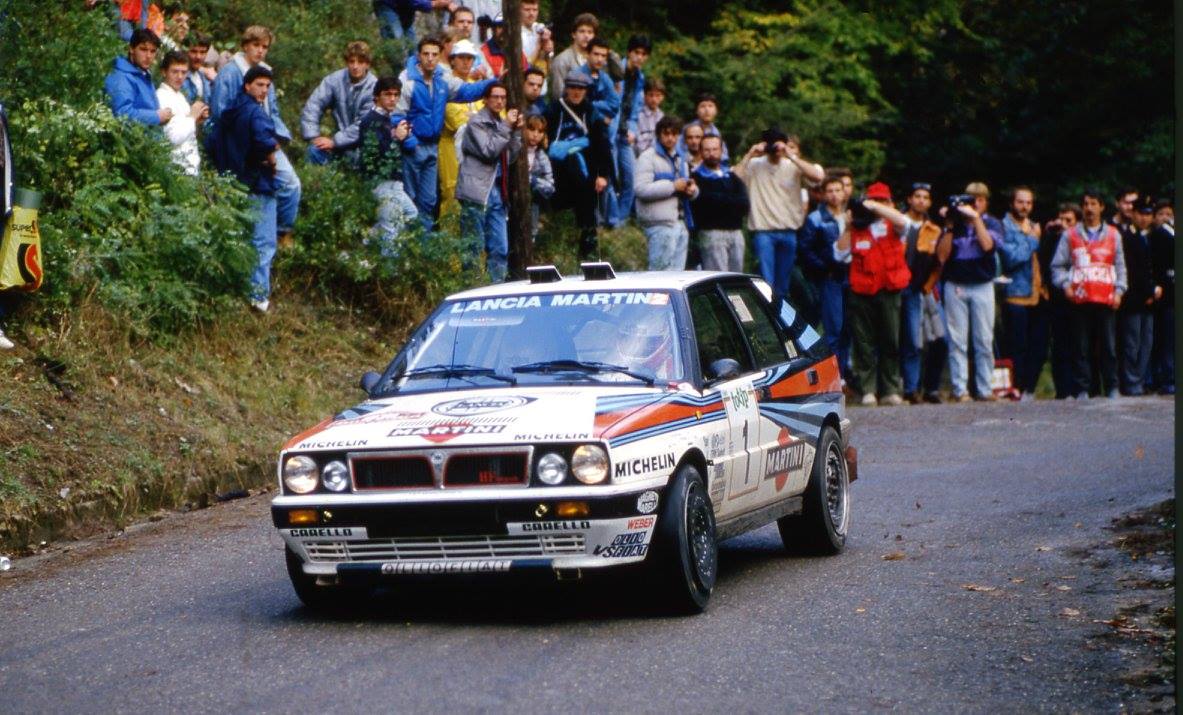 Tarmac stages use to be the stages with a higher brake demand, for which turbofans were mainly used in stages developed on tarmac. But occasionally, they were also used on gravel stages, those where brakes were highly demanded. 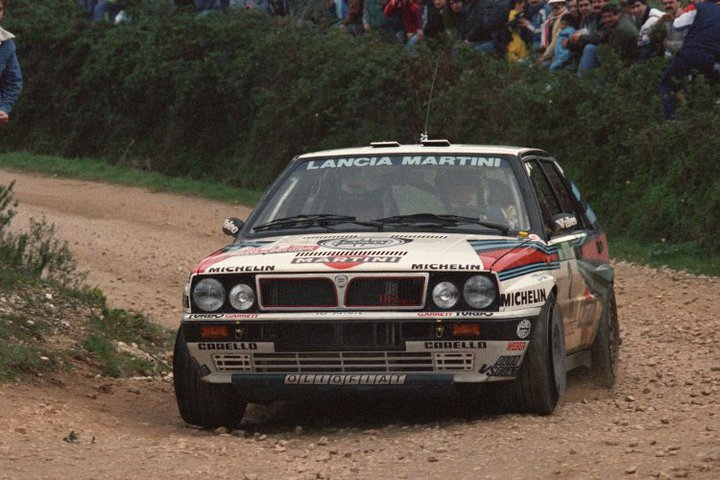 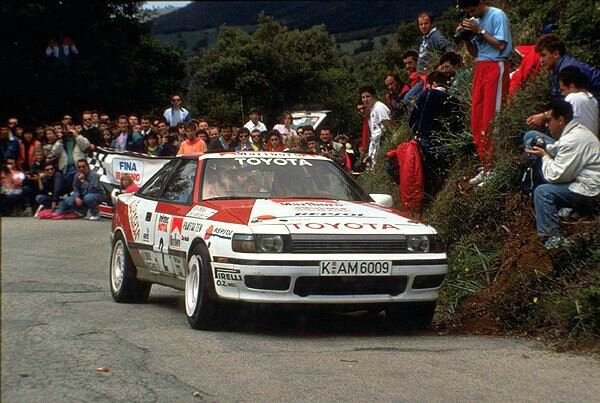 Turbofans were only regulated in 1990, through Art. 255 – Specific regulations for Touring Cars (Gr.A) included in the Appendix J of 1990. This article defined the dimensions of the aerodynamic devices situated on the wheels, as shown in the images below. 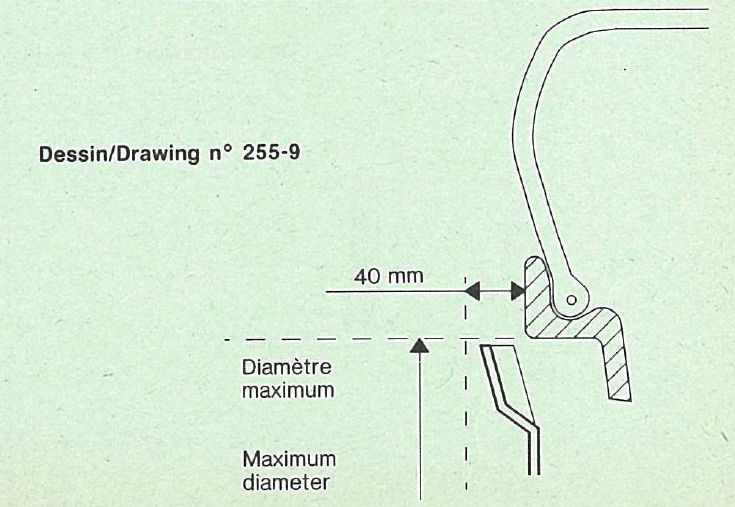 The new regulations set a maximum of 40 mm for the external orifices, allowing for a higher air removal capacity. 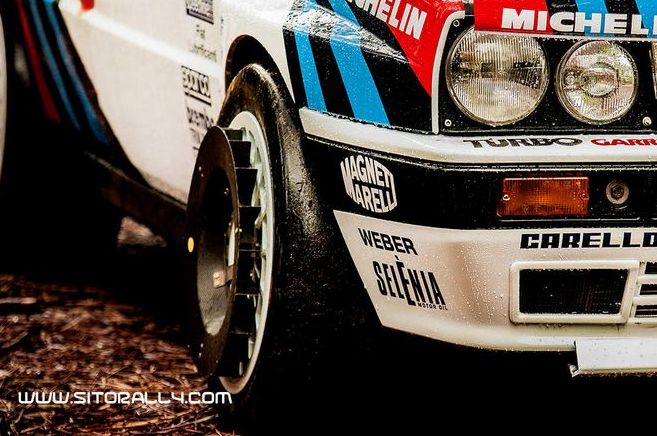 Also, the maximum diameter was set, and it had to be smaller than the inner diameter of the rim. 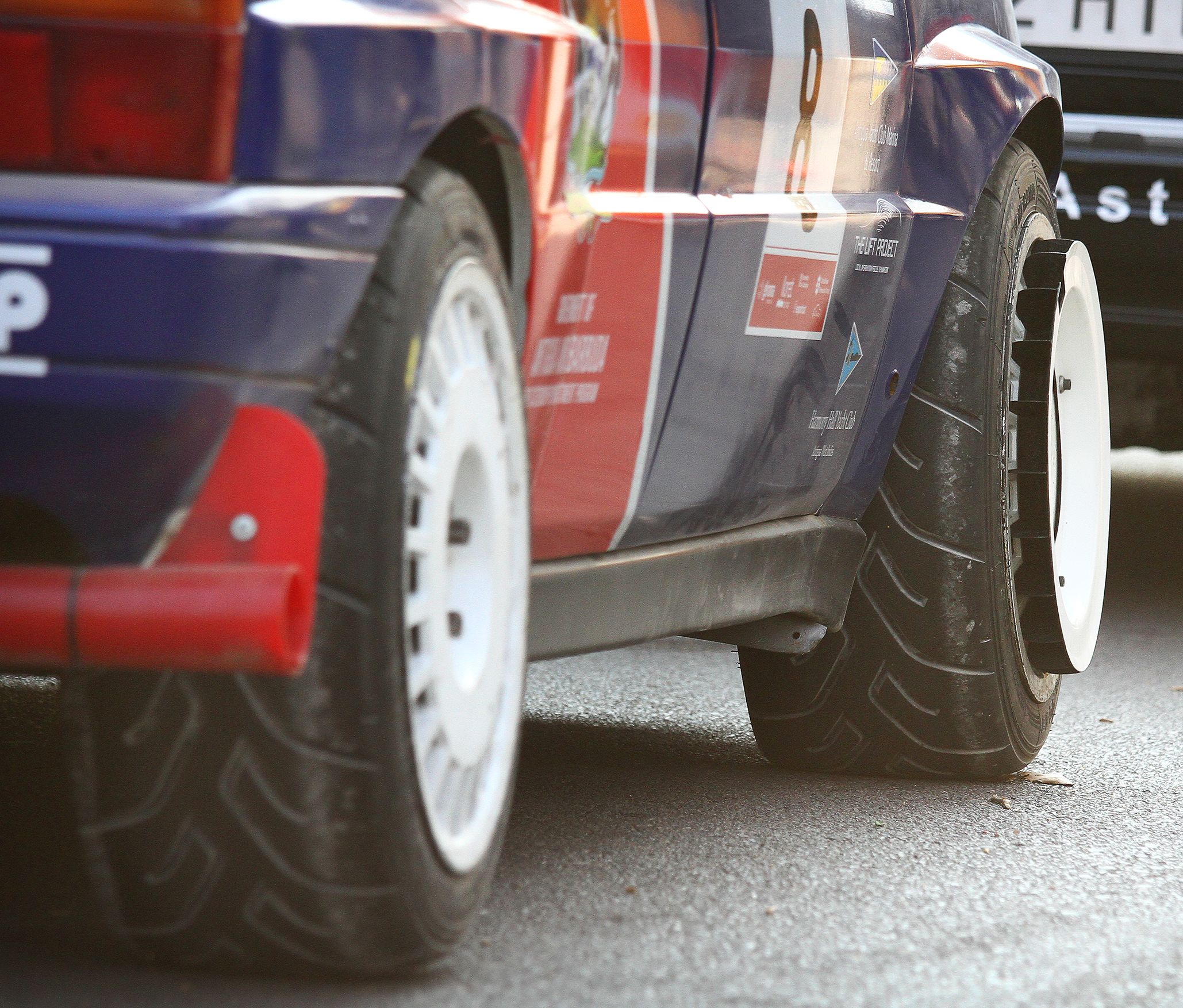 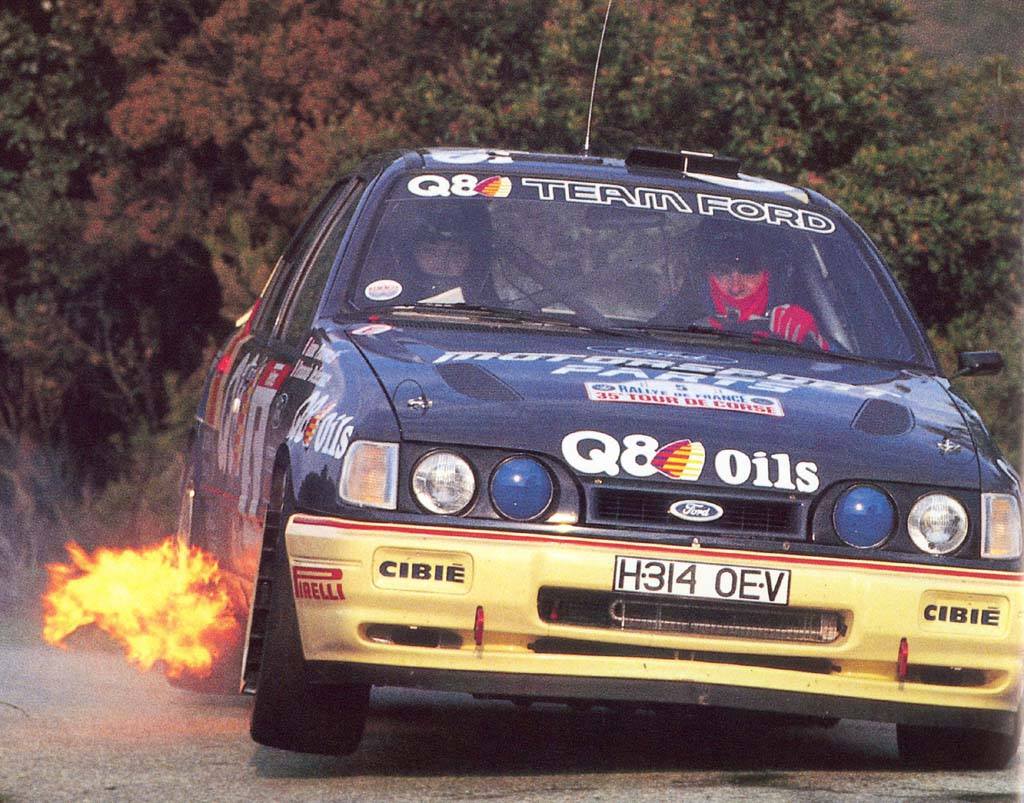 The use of turbofans was not restricted to official teams, as some privateers also used them to improve brake efficiency under certain circumstances. 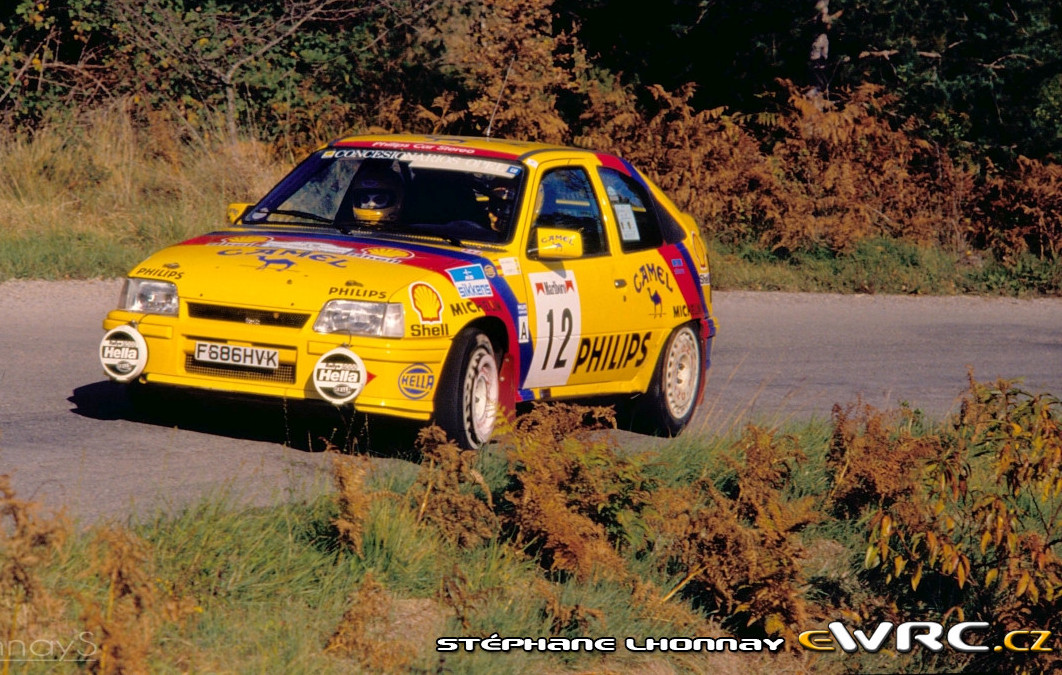 In 1992 Lancia and Ford continued to use turbofans, while we found no evidence of any Toyota Celica Turbo 4WD ST185 with them, while they kept using the one-piece OZ rims for tarmac that were based on the same principle. 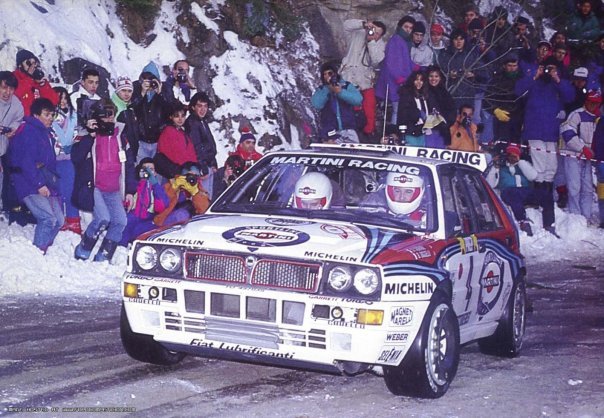 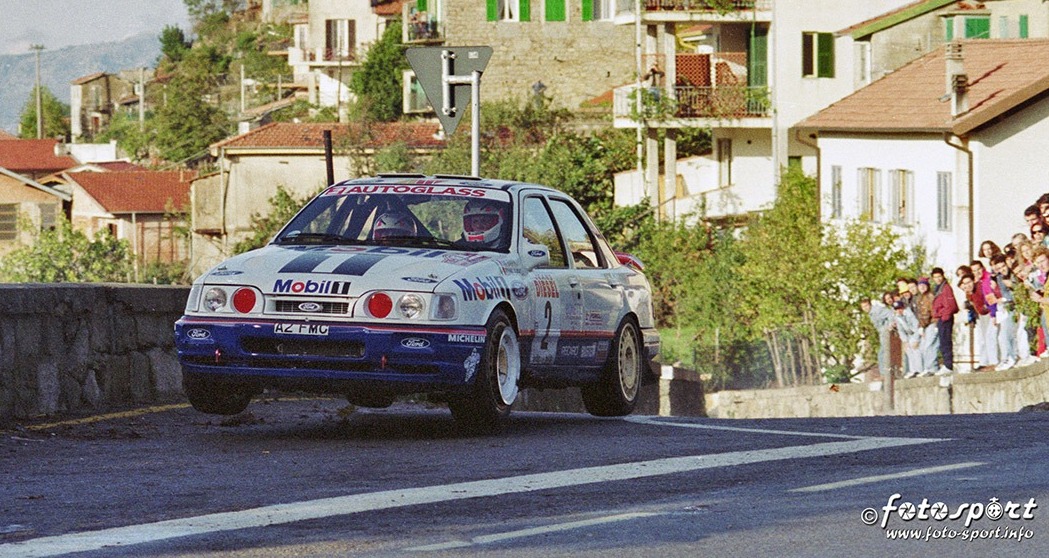 The 1992 edition of the Rally Catalunya was the last event of the World Rally Championship where turbofans were used. 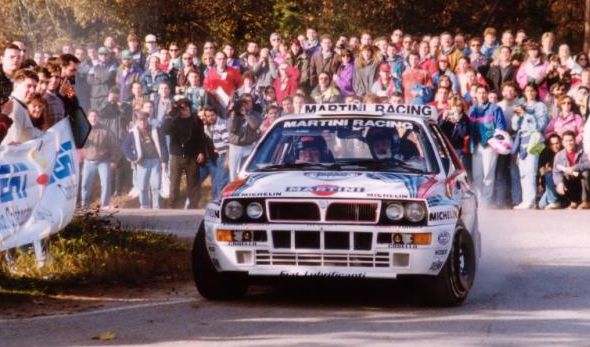 In 1993, major changes were made to the regulations for Group A cars, and any mention of the aerodynamic devices in the wheel disappeared, which in fact represented the end of turbofans.

Why? The answer is simple: most probably, the high capacity of air removal of the last designs allowed not only to extract the air from the cooling system, but also air from under the car, thus converting turbofans into an active aero part, as contributing to generate downforce by reducing pressure under the car. The problem was that they were considered as a mobile part, and mobile aero parts have never been allowed by regulation in rallying, due to the unpredictable impact on the car behavior in case of a sudden loss of the part. For this reason, the use of turbofans was left abandoned. Other rim designs replaced turbofans based on the same principle. But as a one-piece rim, with no added covers, much to the dismay of the fans of that time.

Data obtained from the excellent database by ewrc-results.com

We have included several images from unknown authors as we were unable to identify them. We’ll love to credit them, so we really appreciate any info about the author of any of these images.

This post is dedicated to Giulio, for inspiring the article. Grazie tanti, Giulio!

2 thoughts on “Turbofan wheels in the World Rally Championship”