The tests developed by Toyota last week in the gravel stages of Sardegna confirmed that teams continue working on the development of the Rally1 cars to make them more competitive. And, not surprisingly, they tested different configurations of the side air intakes, confirming that there is room for improvement on that side. 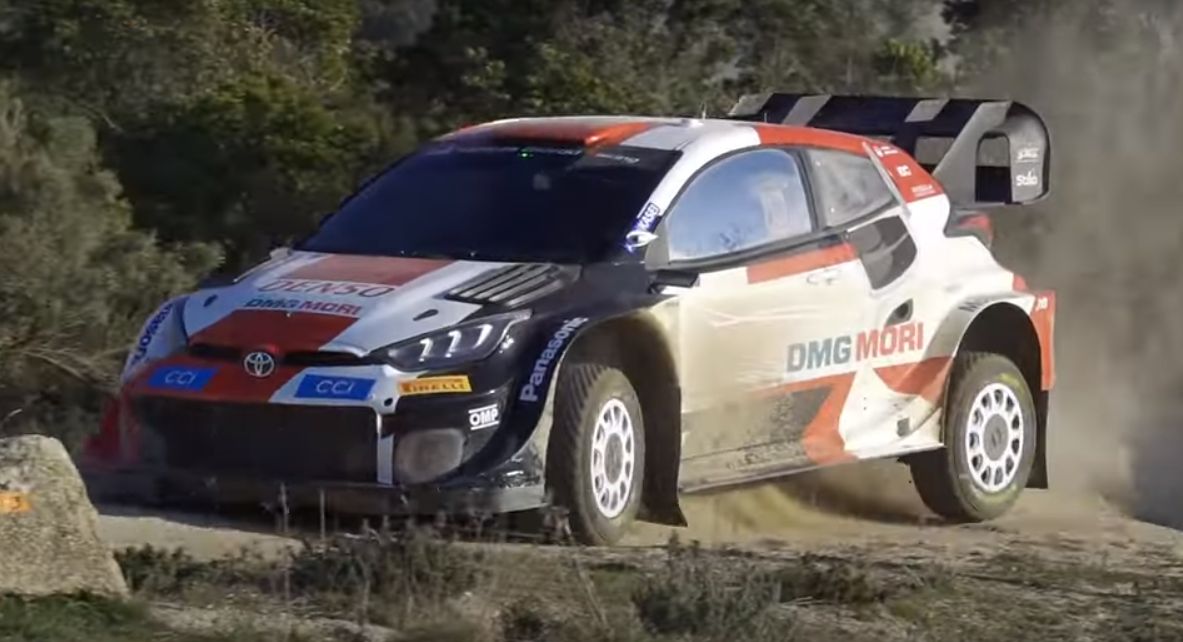 The introduction of the hybrid system, located behind the driver’s seats, forced teams to practice openings on the rear sides of the cars, to bring fresh air to the radiators charged of cooling the hybrid system, including batteries and the electric engine, all inside the hybrid unit.

This is a normal practice in rallycross, where most of the cars use rear radiators for better weight distribution, as well as for reliability, as radiators are less sensitive to impacts than at the usual location at the car front. But rallycross cars use only side openings of different shapes, without any external parts. They don’t need to force air into the car as the higher average speed ensures sufficient airflow, while races are shorter than most of the WRC stages. 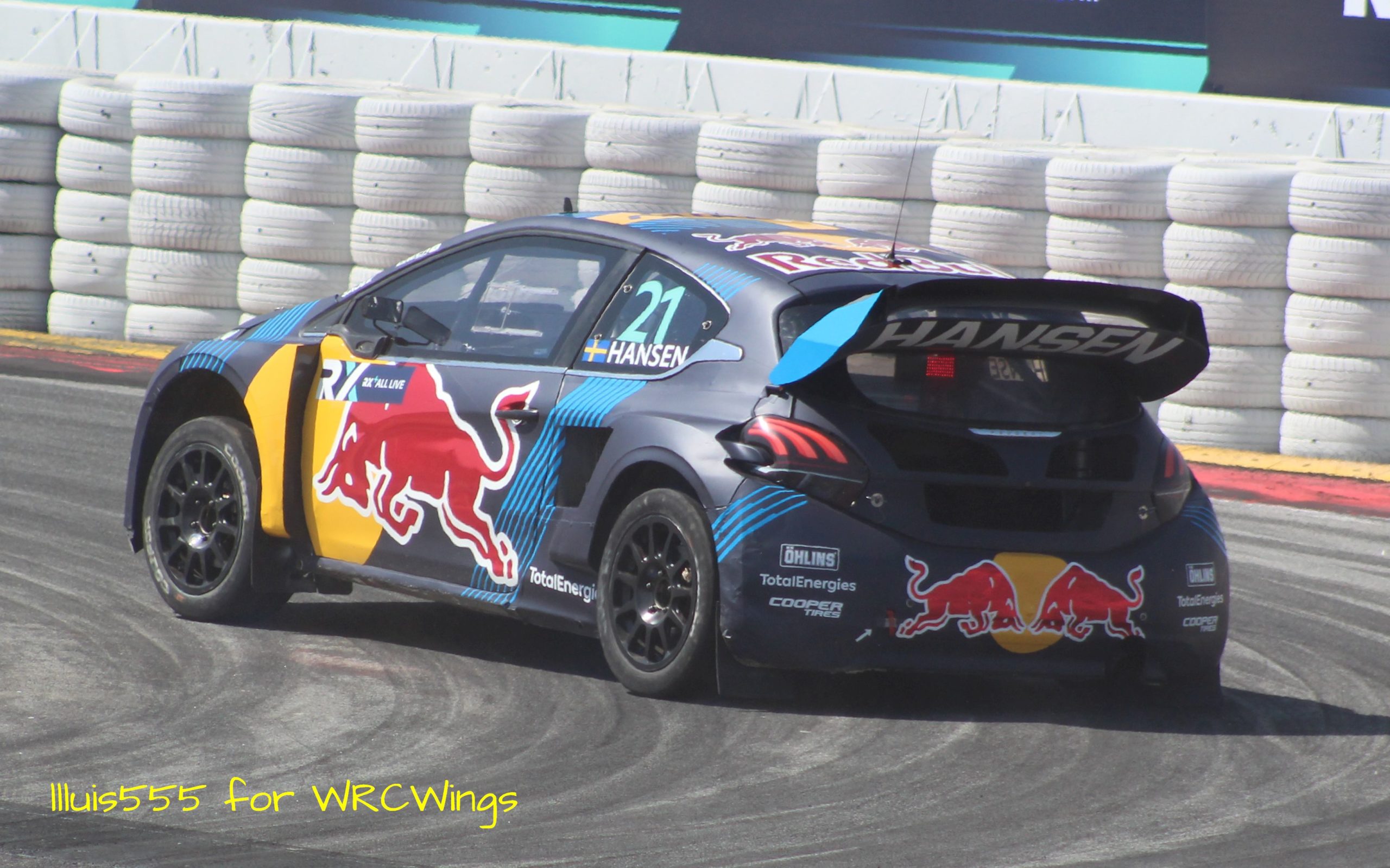 But rally1 cars have to deal with much longer stages, and often at medium to low average speeds, which do not guarantee that sufficient airflow is provided to ensure adequate cooling. In case excess temperatures are reached, the hybrid unit is blocked leaving the car without the additional power supplied, so this is a red line nobody wants to cross. 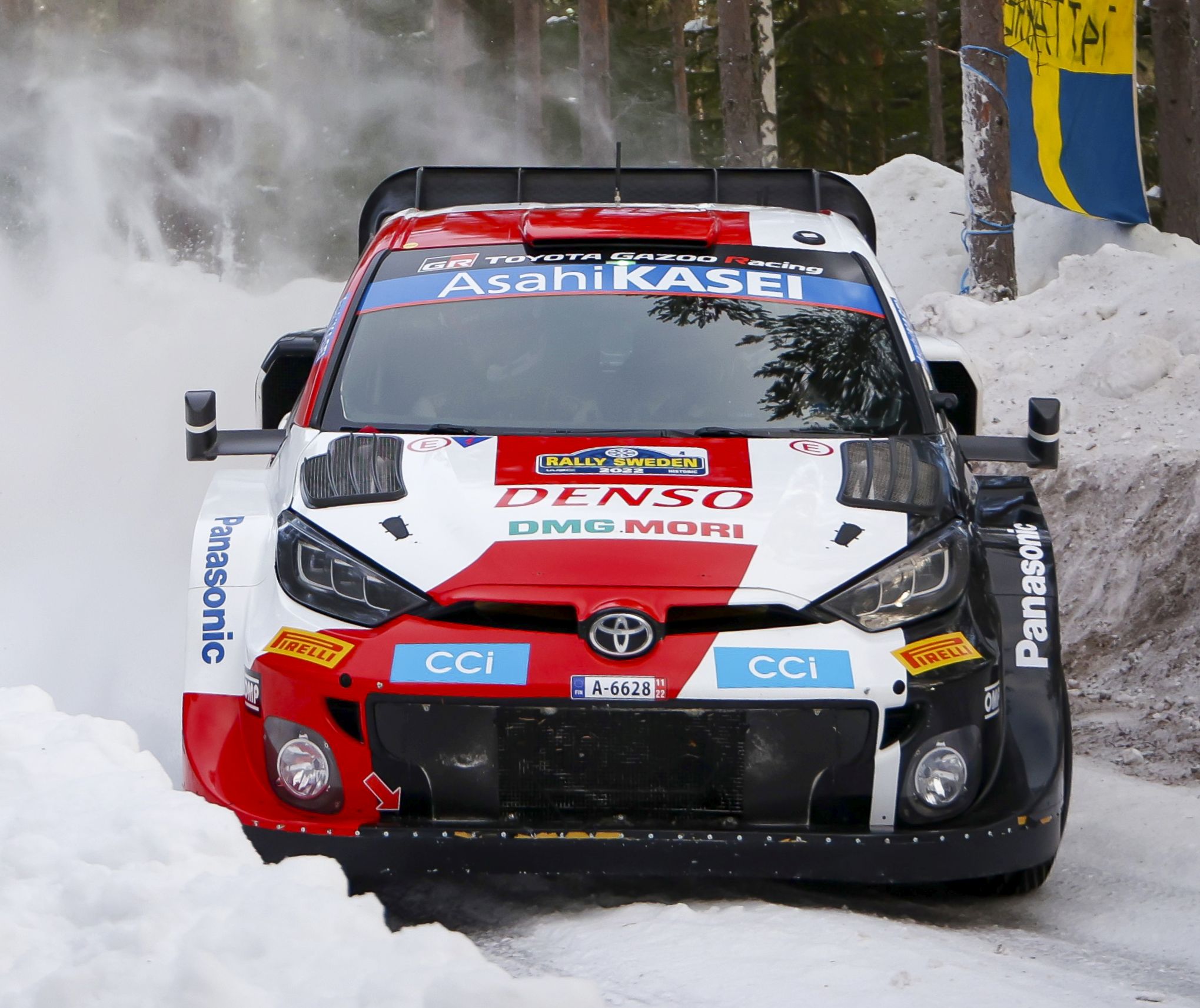 Then, all Rally1 cars have included some type of scoop that forces a higher amount of air to enter the car, ensuring adequate cooling. But scoops are prominent, causing an increase in the car’s front area, as well as an increase in the drag coefficient, while they are located in the center of a critical area, where air travels alongside the car to feed both ends of the rear wing, where added wings (Hyundai and MSport) or adapted endplates (Toyota) contribute to generating some additional rear downforce.  The result is a higher drag (as it is directly proportional to the car’s front area and drag coefficient) and less rear downforce, causing a significant loss of top and cornering speed. 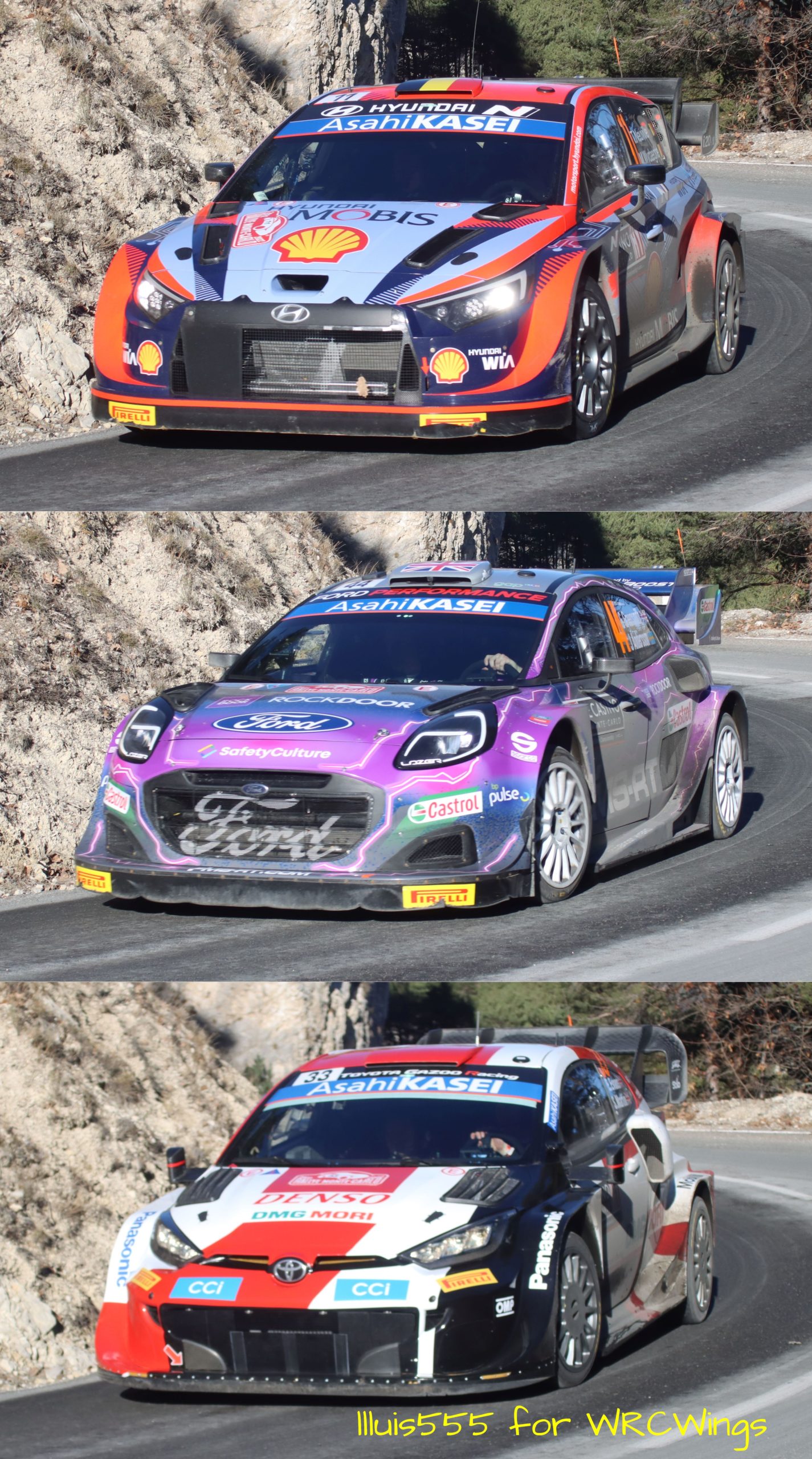 For this reason, it makes sense that once the cars have proven to be reliable and competitive, teams have started working on minimising the impact of the intakes, especially those whose cars have shown to have a lower top speed (Toyota and MSport in Sweden). And more sense to do it in Sardegna, where temperatures at this time of the year are already high, and very representative of the conditions teams can find in the summer events. 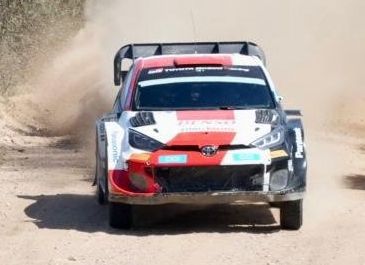 And this is what Toyota started to do last week, in the Rally Sardegna pre-event tests. After some runs with the original configuration, Evans and Lappi tested what seemed to be the original orifice without the scoop. Also, side mirrors were moved, in order to eliminate one of the variables affecting the cooling efficiency. 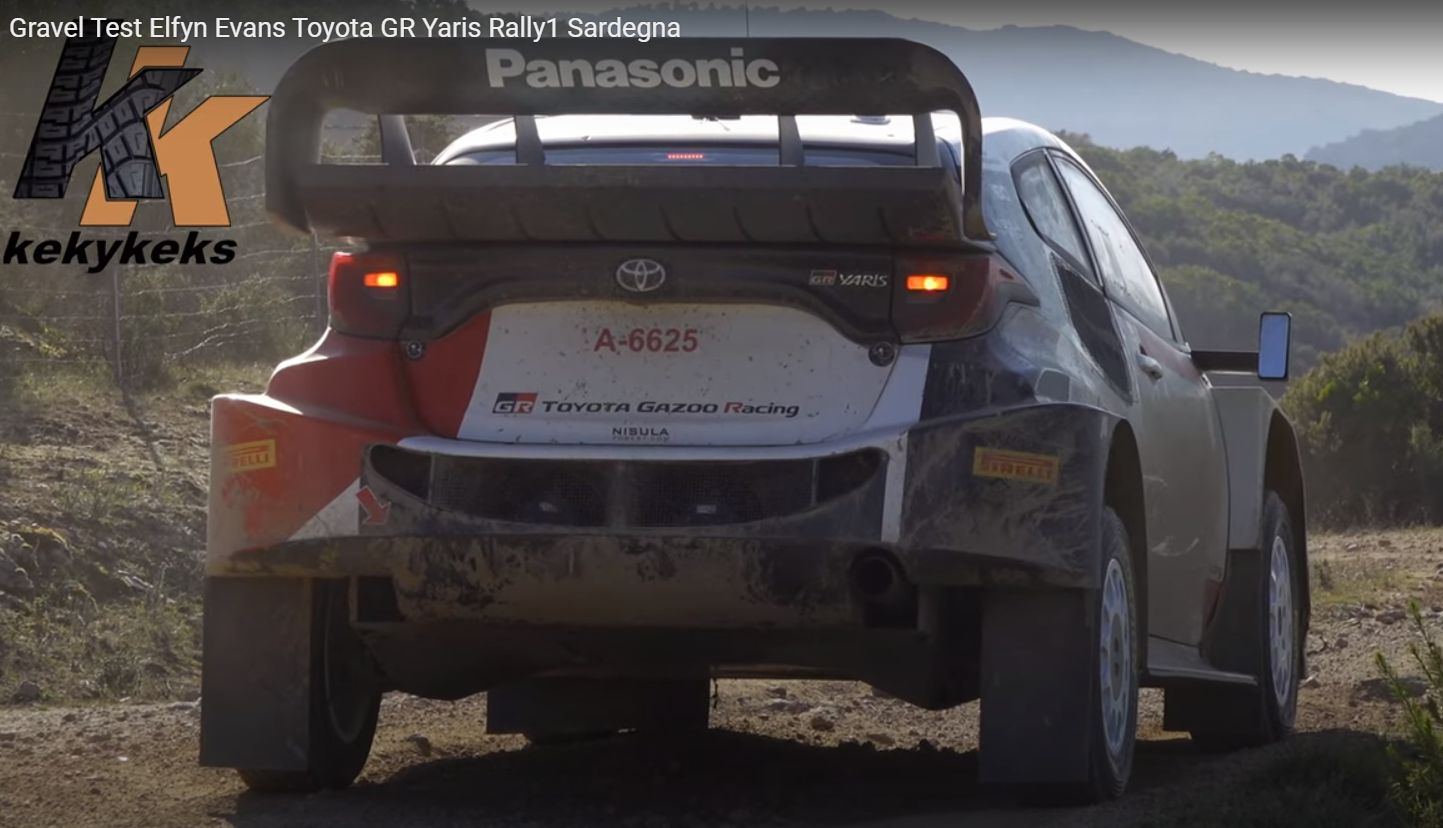 In other runs, part of the orifice was blocked with tape to evaluate the impact on the cooling of a further reduction in the entering airflow.

On the last day, with Katsuta/Johnston onboard, a modified orifice was also tested, again with a smaller area than the original. In all cases, cooling of the hybrid unit was the object of evaluation, in order to determine if the reduction in airflow caused by the absence of external parts was sufficient for keeping the hybrid system under acceptable temperatures. 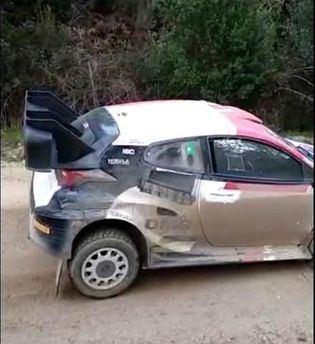 The big advantages of removing the scoop are clear. On one side, the reduction in the front area of the car has a direct impact on drag. Also, the shape of the car is simplified, which means that the drag coefficient is reduced. Both factors contribute to a lower drag, which means that higher top speeds can be reached, as air opposes less resistance to the movement.

On the other side, the cover removal allows air to free flow alongside the car without any disturbance, reaching the rear wing with any energy loss, thus making the wing more effective in downforce generation.

Two important benefits of removing the scoop which will only be available in case the external part can be removed, or at least minimized. But nothing can be done until sufficient cooling capacity is guaranteed, so more testing is required. And Rally Croatia pre-event tests represented a new opportunity for Toyota to continue working on it.

During the second day of the test, in the afternoon runs, the team removed the scoop and Rovanperä/Halttunen tested the car without scoop. 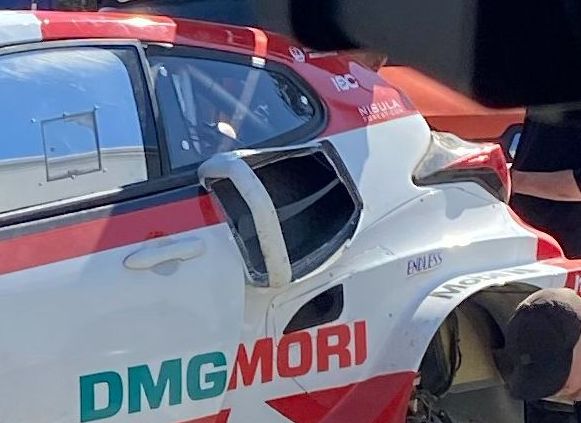 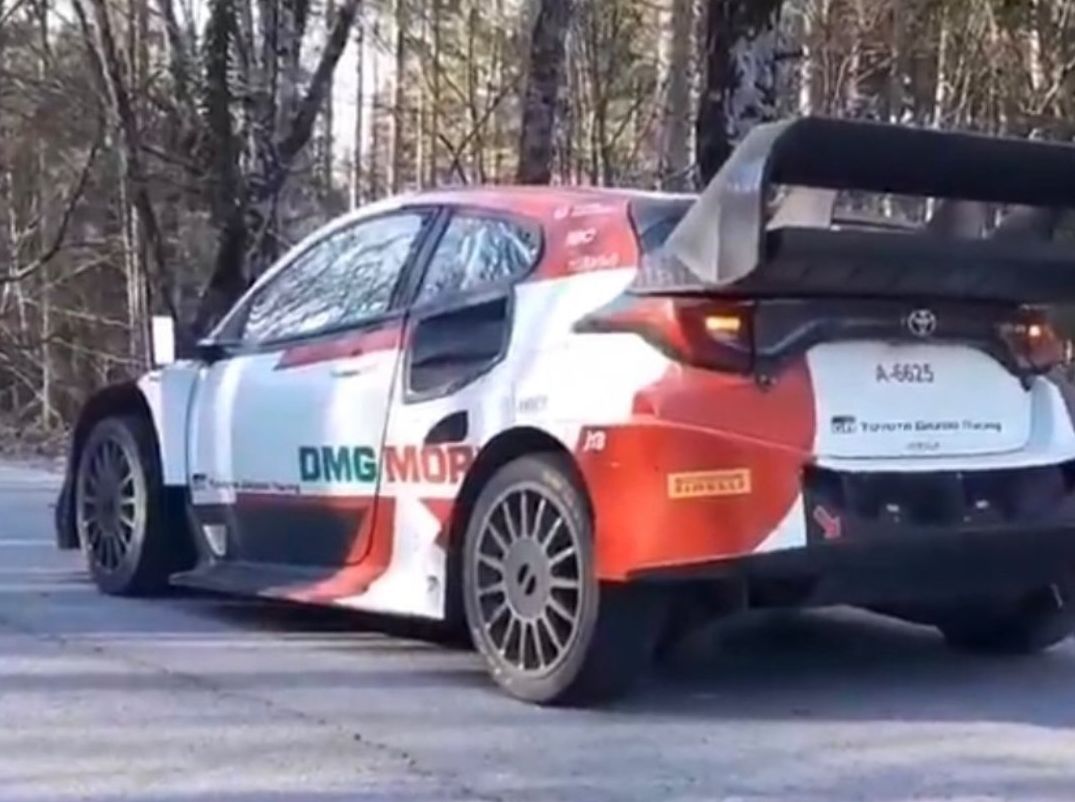