The weather forecast for the next weekend suggests that WRC drivers will have to face rain for several stages. Rain represents a lot of headaches for drivers, especially about tyre choice and poor grip. But rain has also impact on other sides, and aero is one of them. We try to explain it in the following lines. 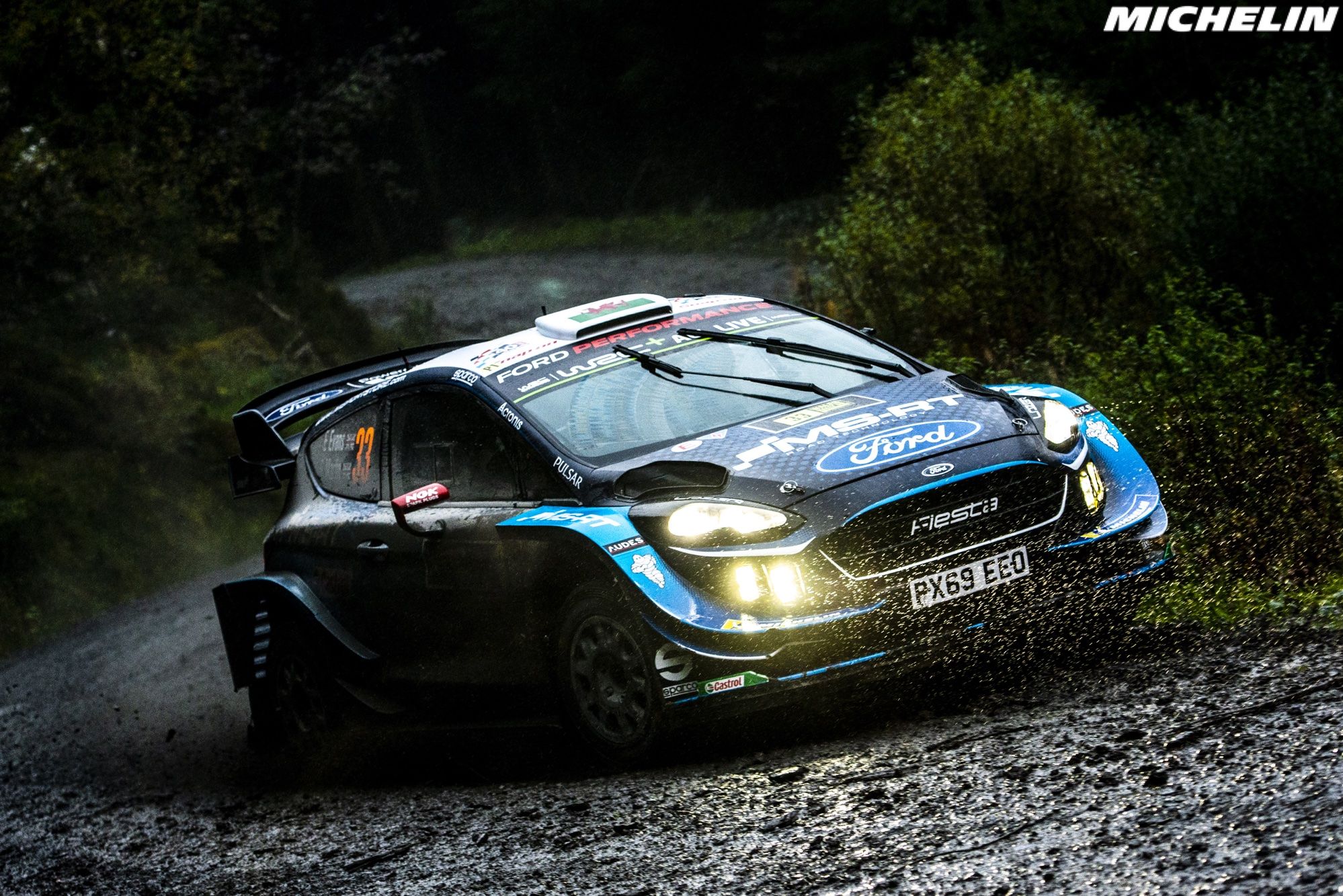 We already reviewed in previous articles the impact of altitude, low temperatures or even ice-build-up on the aero performance of rally cars. But what happens when rain appears during the stages?

Rain happens when the clouds are unable to hold any more water. The content of water in the air (humidity) when raining is higher than 90%, meaning that air has absorbed 90% or more than the total amount of water that it can absorb before reaching saturation (100%). 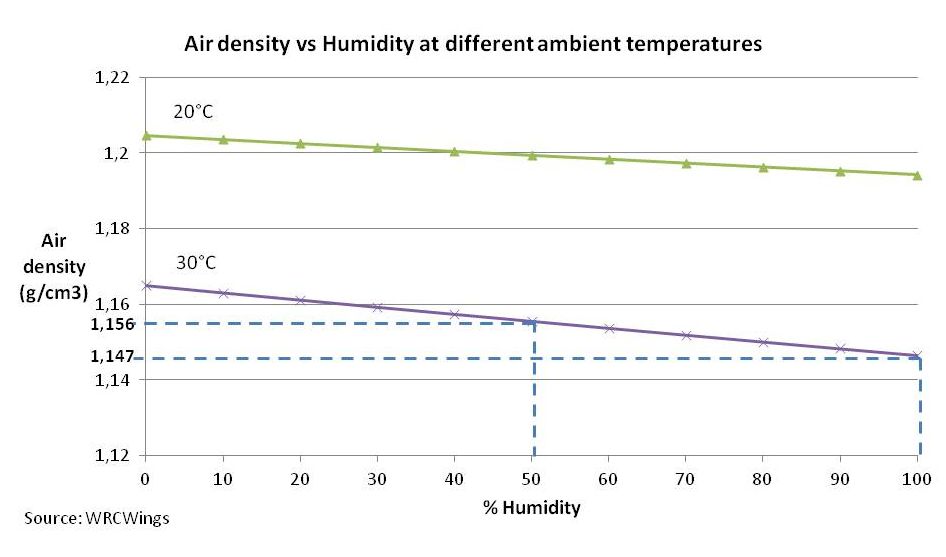 The decrease is very small: less than 1% for a 50% humidity increase at 30ºC, as shown in the figure above, and even smaller at lower temperatures. Thus, rain impact over air density is so small that we can assume that it has no effect on the aero performance of a rally car. 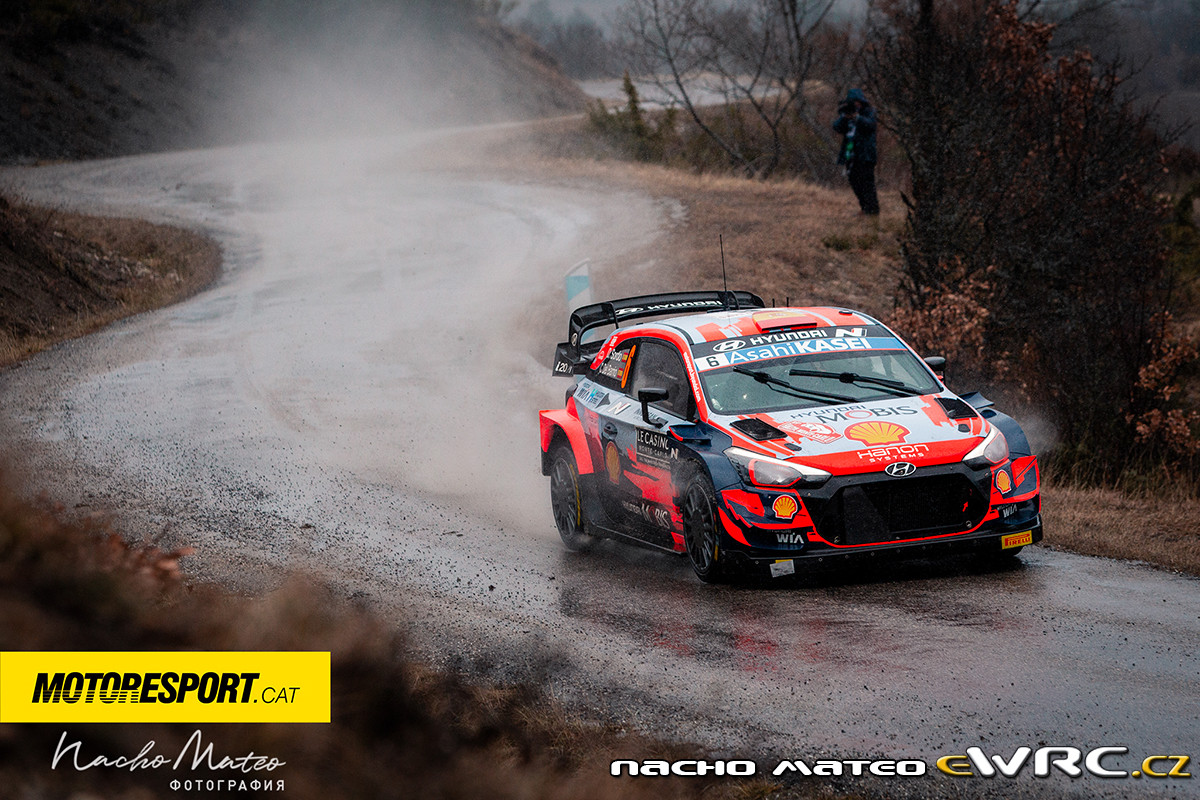 But the rain has also other consequences, the most visible is the presence of droplets over the car. Droplets increase the roughness of the car’s surface and therefore generate energy losses. The result is an increase in drag. But there’s even more. 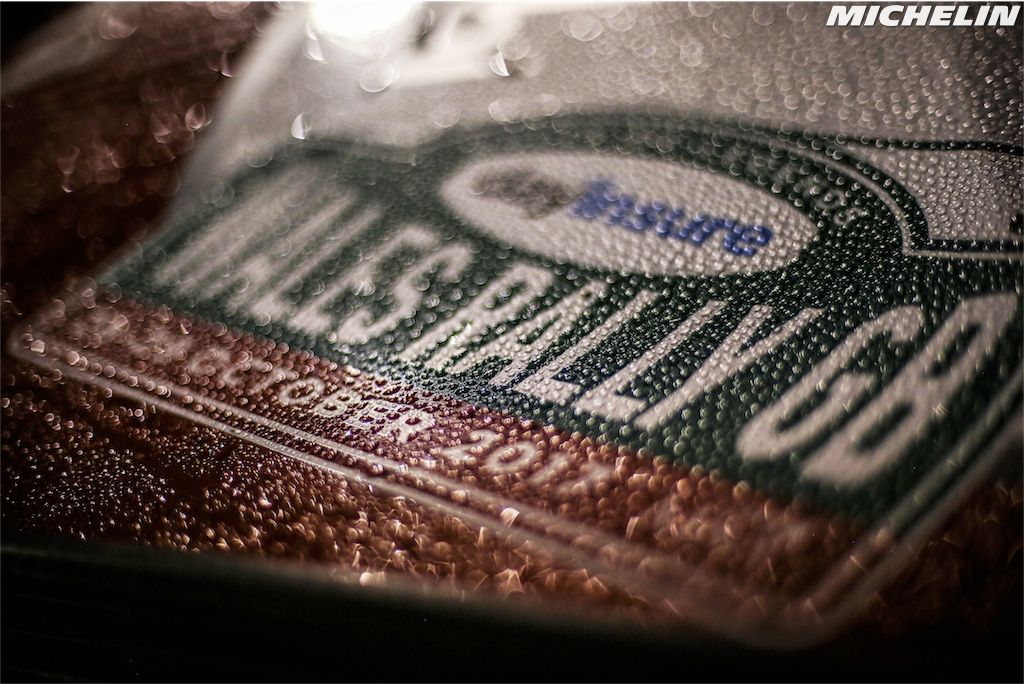 The ideal situation for air flowing around a car is that it follows the contour of the car, so the aero parts can work as conceived by aero engineers. If the airflow remains attached to the surface of the car (such as the roof), the layer of air with reduced speed due to the proximity of the car (known as the boundary layer) is thinner and the impact on the main flow is minimal, allowing the rear wing to generate maximum downforce.

With the presence of droplets on the surface of the car, the airflow easily detaches from the surface, and the impact on the external main airflow is higher. The result is that some aero parts that depend on the external main airflow, such as the rear wing, become less efficient in generating downforce. Thus, the presence of droplets on the car causes an increase in drag and a loss of downforce (grip). The final result is a loss of performance, due to reduced top and cornering speed. 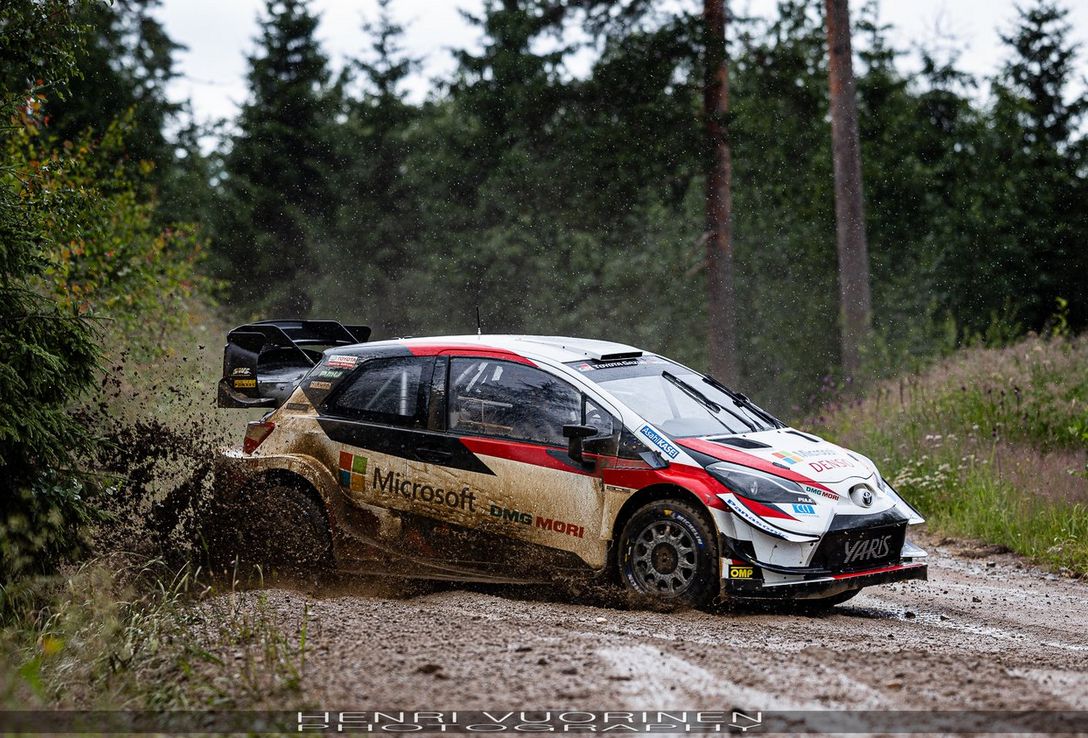 So, the average speed in the wet stages will necessarily be lower than in the same dry stages, not only because of the lower grip caused by water and mud but because of the worse aerodynamics.