The WRC season is progressing and the teams continue to work on the development of the new Rally1 cars, taking advantage of the various pre-event test sessions to evaluate them. The Rally Portugal pre-event tests that ended yesterday have confirmed that the presence of the side scoops for air intake for the hybrid unit cooling system remains the key point for aerodynamic improvement for all teams.

We already saw in our previous article the impact of the side scoops on the aerodynamics of the Rally1 cars, which was behind the big differences in top speed seen in some stages of Rally Sweden, where the Hyundai i20 N Rally1 was 10 km/h faster than any of its rivals.

These differences can surely explain why Toyota and MSport are currently evaluating the reduction in the size of the side scoop, or even complete removal of this appendix. But, to do that, they first need to know how the hybrid unit cooling system will perform with less air. And this is what both teams have been doing in Portugal: playing with different configurations to see the impact on the rear cooling efficiency of reduced airflow at the inlet.

MSport started by partially blocking the scoop of the side air intake during the first day of the Rally Portugal pre-event test, with Fourmaux/Coria at the wheel. 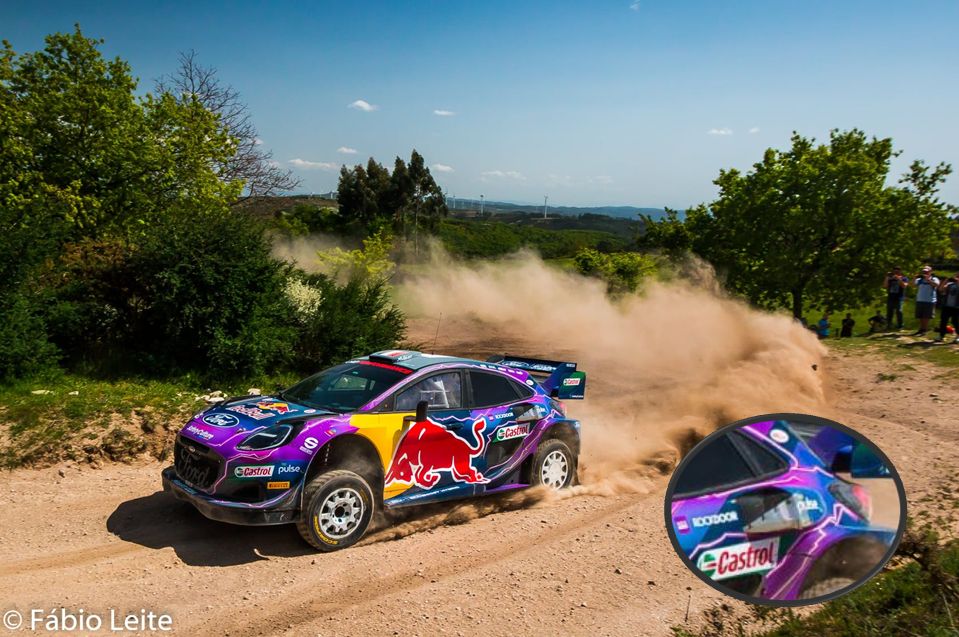 Toyota also tested a partially-blocked side scoop. The goal in both cases was to evaluate the performance of the hybrid cooling system with less air and under higher ambient temperatures than in previous events. 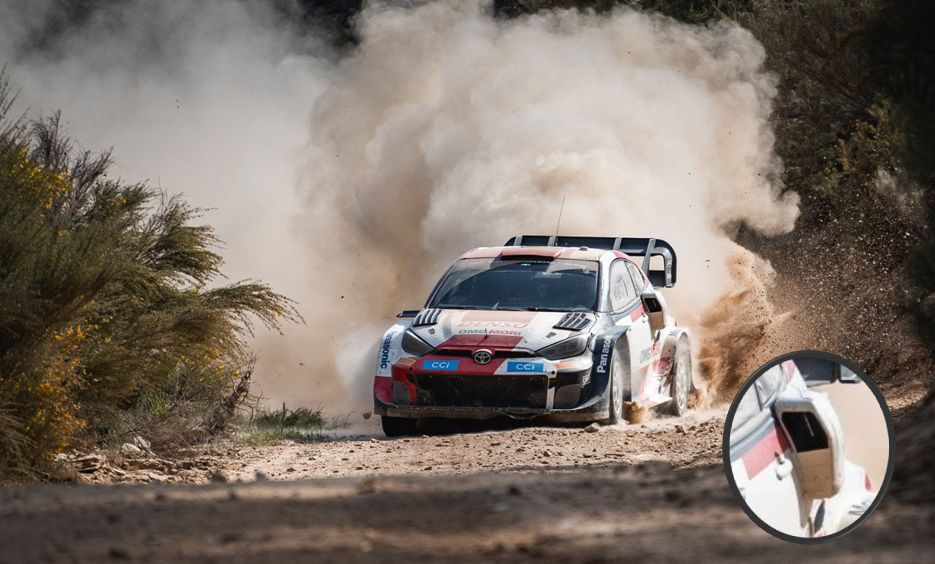 MSport brought the test one step further, by what looked like a complete blocking of the upper side scoop, as well as of the lower intake, during the second day of tests, with Craig Breen and Paul Nagle inside the car. Again, testing the performance of the hybrid unit cooling system under the worst conditions: no feed of external air in this case. 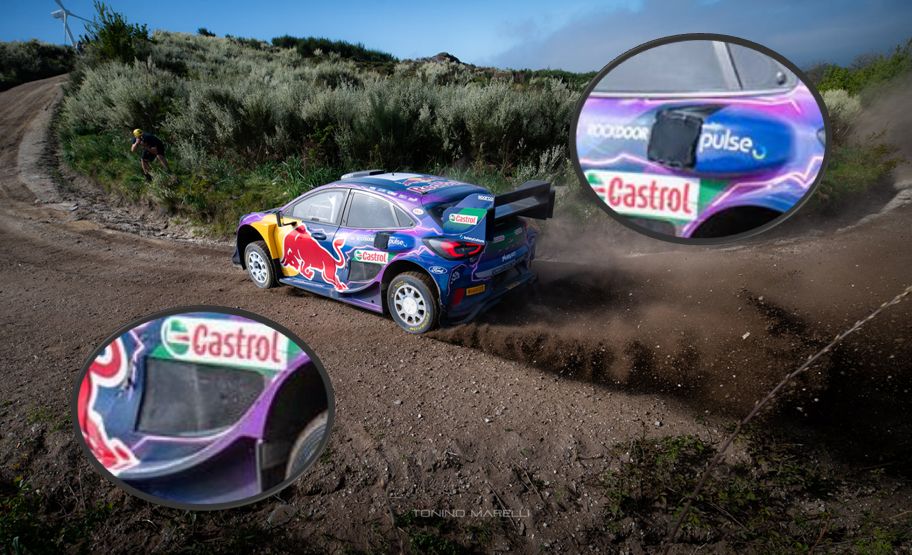 Toyota already tried to run the car without the side scoop during the pre-event tests held in Sardegna and Croatia, as another test to evaluate if enough air entered into the cooling system to keep the hybrid unit at an adequate temperature. 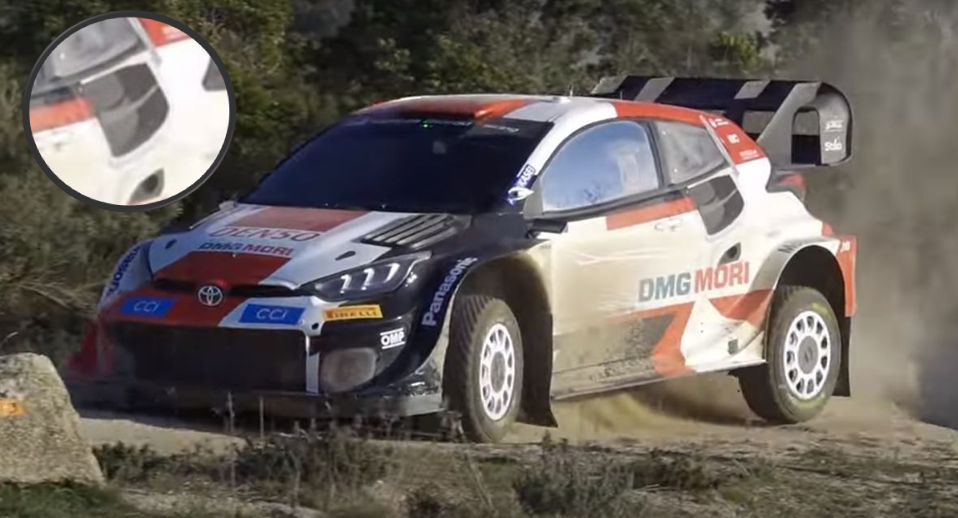 The results of all these tests will be key for the design of the new solution, as they will show teams how big the modifications can be without risking the cooling capacity of the hybrid unit.

The smaller size and different location of the side scoop of the Hyundai i20 N Rally1 make it less disturbing to the aero of the car, which would explain why Hyundai is not currently evaluating modifying it. However, the position of the side mirror represents a perturbation to the air flowing towards the rear of the car, for what Hyundai has modified it, like the other teams. But the solution proposed by Hyundai is very different from those introduced by Toyota and MSport. 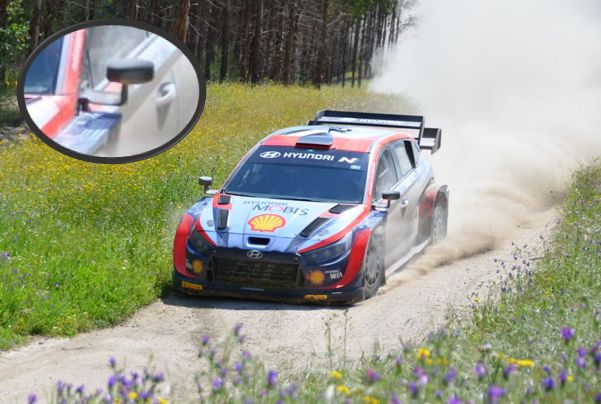 The new side mirror has been moved forward, and now it is placed right behind the front fender (see new and old locations in the image below). 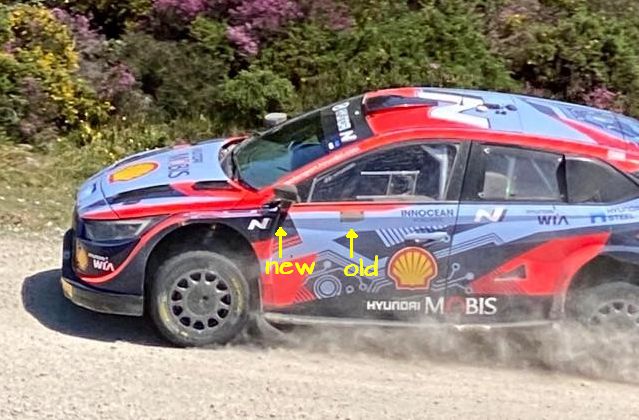 The shape of the (horizontal) mirror and the distance from the body remains the same, while both Toyota and MSport use vertical mirrors highly separated from the body. Why?

The reason can be found in the different locations of the side scoop. The image below shows a typical distribution of airflow around the A-pillar of a car.

Schematic of Flow around A-pillar – extracted from the article A Novel Test Rig for the Aerodynamic Development of a Door Mirror, by Jeff Howell, Steve Windsor and Geoff Le Good, SAE Technical Paper Series 2006-01-0340

The new location for the side mirror in the Hyundai ensures minimal interaction with the airflow from the A-pillar. On the other side, the mirrors of the Toyota and Puma are in the center of the airflow coming from the fender, which justifies why they have separated from the body, to minimize their interaction with this flow. In conclusion, we could say that Hyundai is the car in which the side mirror disturbs aerodynamics the least, thanks to the different location of the side scoop.

Side mirrors of the GR Yaris (left), Puma (center) and i20 N Rally1 (right) cars

Note that Hyundai has also modified the support of the new mirror, introducing inverted wing-shaped support to generate some minor downforce at the front, as the other teams have also done.

The new mirror of the Hyundai i20 N Rally1 is the only modification we will surely see in the next Rally Portugal, as it does not require an extensive test program, and it does not need any homologation. For the potential scoop modification of Toyota and MSport, we will surely have to wait until the test program is completed and the results convince their engineers that any modification to be introduced will not affect the cooling capacity of the rear radiators. For what we will have to wait until the summer events.