Aerodynamics play an important role at all levels of rallying, the higher up the FIA rally car pyramid we go. Rally1 cars are obviously at the top of the rankings, but they are not the only ones to taking advantage of aerodynamics. To find out more about the aero in each category, as well as the driving style, we asked one of the few drivers who has developed his career at the wheel of Rally4 and Rally3, and in both, he has excelled. He has been able to get some brilliant stage times with Rally3 ahead of many Rally2 cars in recent events. And he has also occasionally experienced what is driving Rally2 and WRC cars. He’s Jon Armstrong, current co-leader of WRC3 Junior Cup (tied with Lauri Joona).

Jon, I can imagine that there is a huge difference between the Ford Fiesta Rally3 with respect to the Fiesta Rally4 you drove until last year in the WRC: 4WD, more power at lower rpms, torque, suspension… what did impress you more?

The Fiesta Rally3 car is obviously a lot different from the Fiesta Rally4 because of the 4wd drive train, so the approach to driving is a lot different, especially in the more technical and tight corners, more pitching the car into slide and trying to powerslide a little bit, on the axis of the corner, also on the high-speed sections is giving you more traction and you also have more braking capability because of the engine braking through the 4wd system.

It’s a nice step forward whenever you move from Rally4 to Rally3. You start to learn a bit more about how to drive 4wd cars, which is what you’ll need to do whenever you get into a Rally2 and into the WRC. 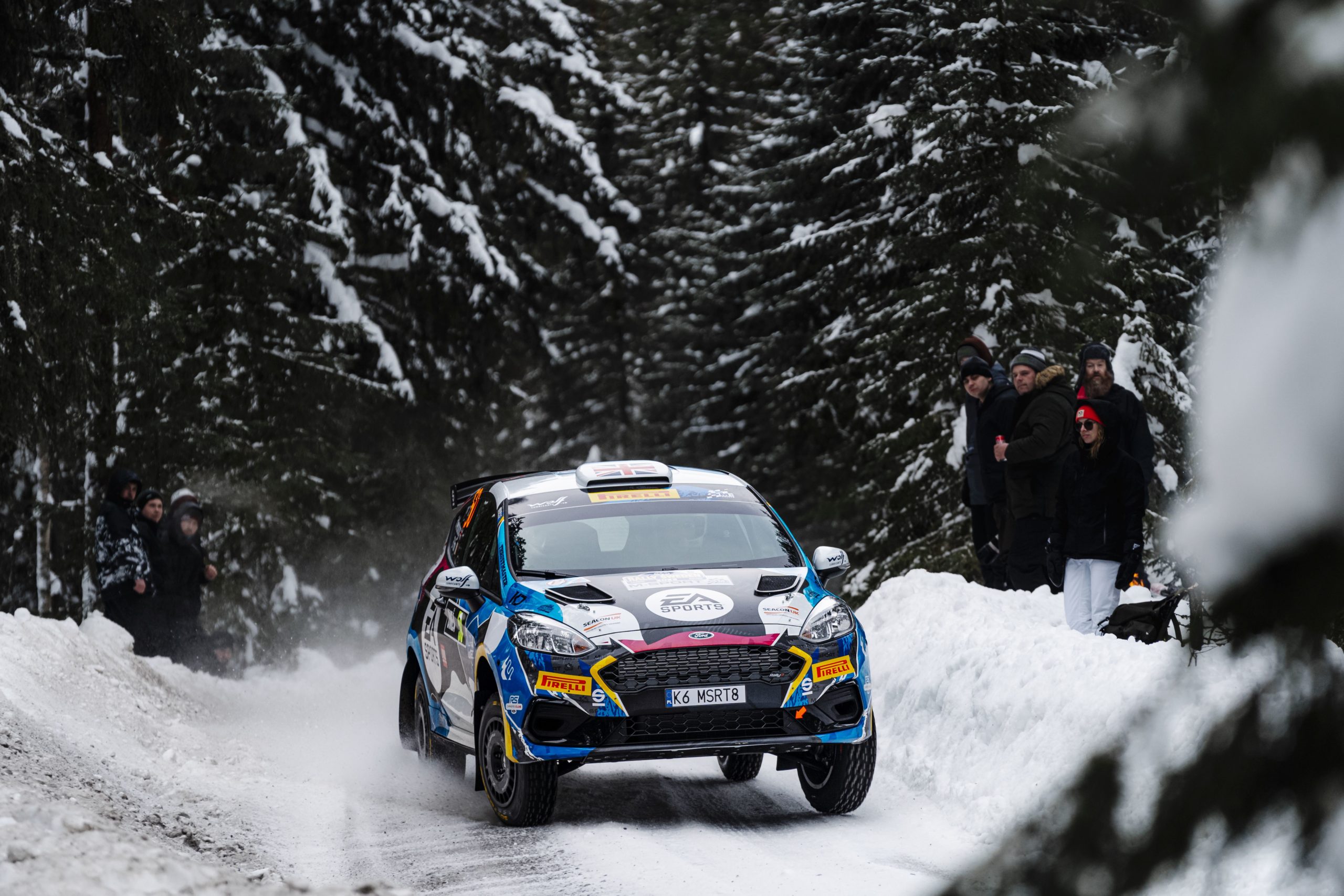 You already drove it on gravel (Azores) is it there where the car makes the big difference, with respect tot the Rally4?

The car was really nice in Acores, it’s very nimble and has a lot of traction. We had some very narrow sections and also some bad weather, so the Rally3 car, because it has not as much power as a Rally2, I think it’s really good in getting the traction, I can really feel the rear differential was pushing the car forward but not losing grip, this is why it was really good in those type of technical stages. It was pushing very well over the corners and getting lots of traction, which was really nice compared to a Rally4 car, where you have lots of understeer and a lot of wheel spin from the front axle, but with the Rally3 you always find the traction and the car is pushing you forward, which is nice. 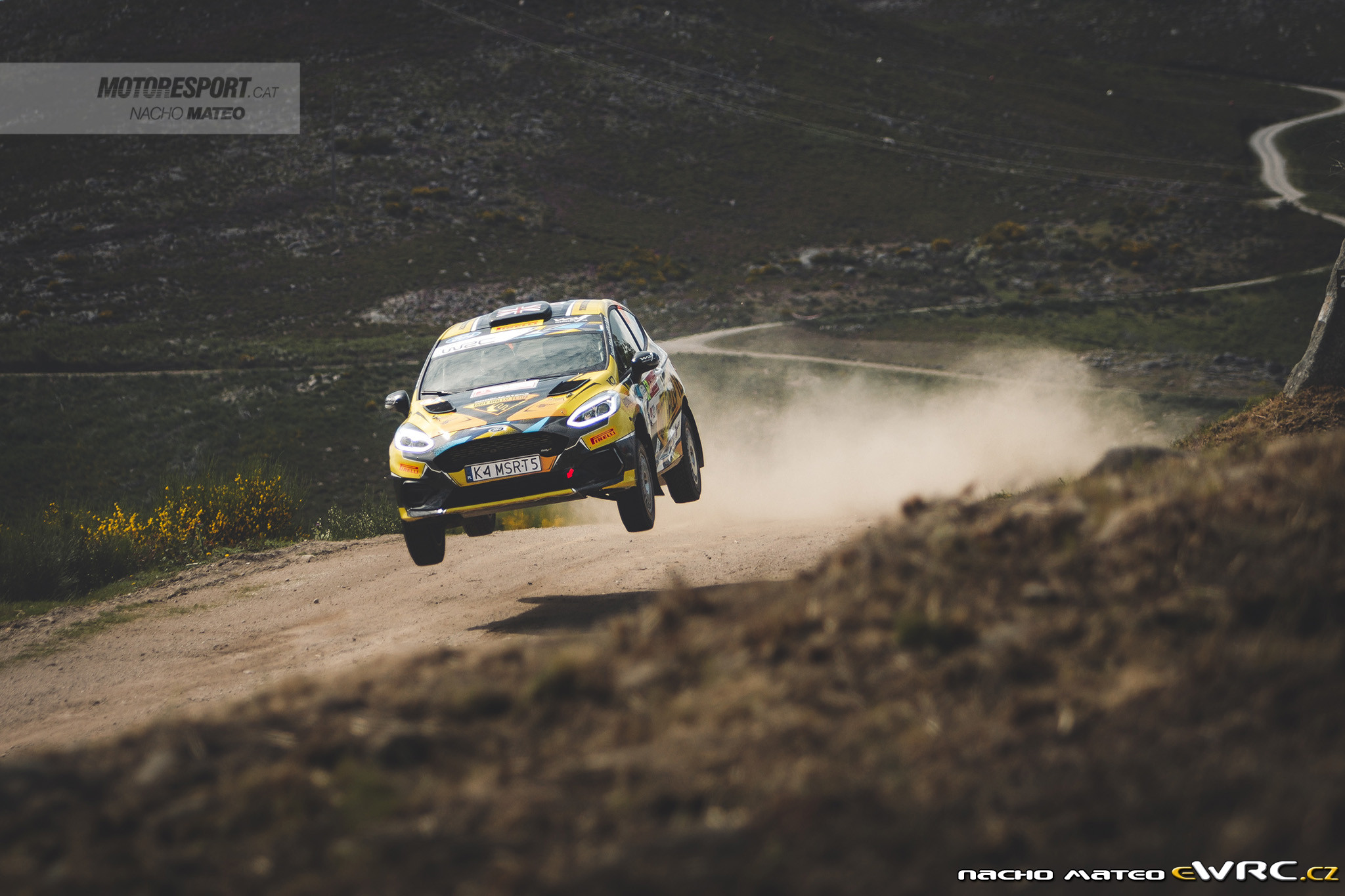 Rally Portugal should be good, we’ve done it last year with the Rally4 and we had some good pace. I think that with the Rally3 car it will be even more enjoyable. The Rally has some very sandy surfaces where I think it should be a lot more enjoyable with the Rally3. We have the potential to get a good result but also we need to stay out of trouble. We know that the capabilities of the Rally3 are much higher than that of the Rally4, but in terms of durability, is not maybe the same as you would have in a Rally2, so we have to be careful and not to push too much and have some issues with the car and tyres.

And what about the aero: how does the rear wing changes the grip at the rear?

The aero of the Rally3 car is pretty much the same as the Rally4 car, apart from the rear spoiler. 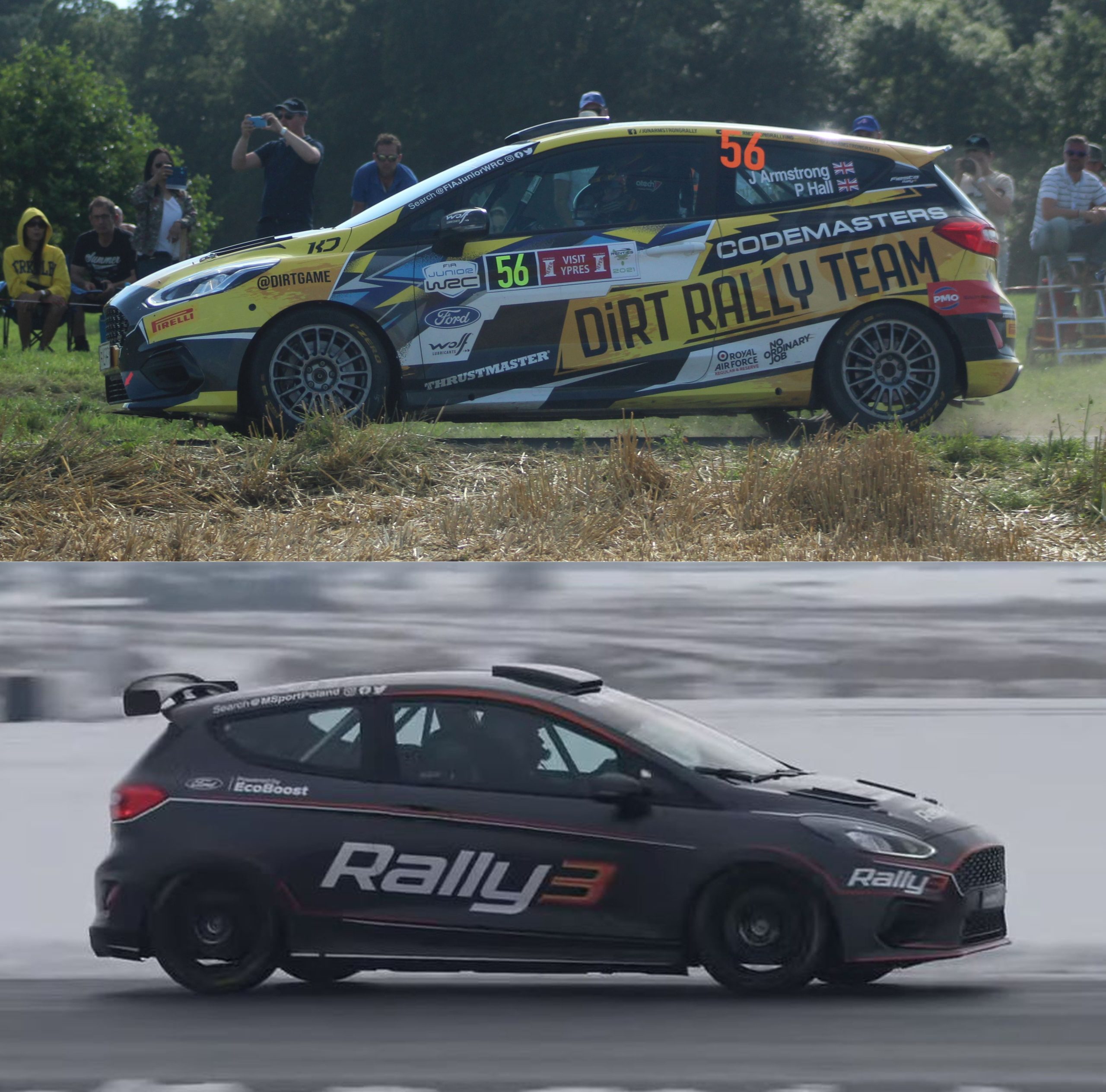 Maybe on the high-speed sections you get some more understeer, but nothing noticeable, to be honest. You can probably make a difference with the car setup to have more oversteer if you want, on the high speed.

The rear wing is not making such a huge difference. I think over jumps and crests the front of the car is lifting up in the air, this is probably because of the rear wing because you have no aero on the front. But I don’t think it’s just the rear wing, it’s also the weight distribution. It’s very nice for the driver because the last thing you want on the jumps is the front of the car to be smashing onto the ground. It’s actually nice that the car flies and we can go max over the crest and jumps but we have to be careful that the car is gonna land on the rear wheels first, so we have to be careful how we place the car, on the line over these crests. I think it’s good that the car is jumping this way. We see a lot of WRC cars from the past and present, they jump with the rear wheels landing first, so I think it’s a good practice. 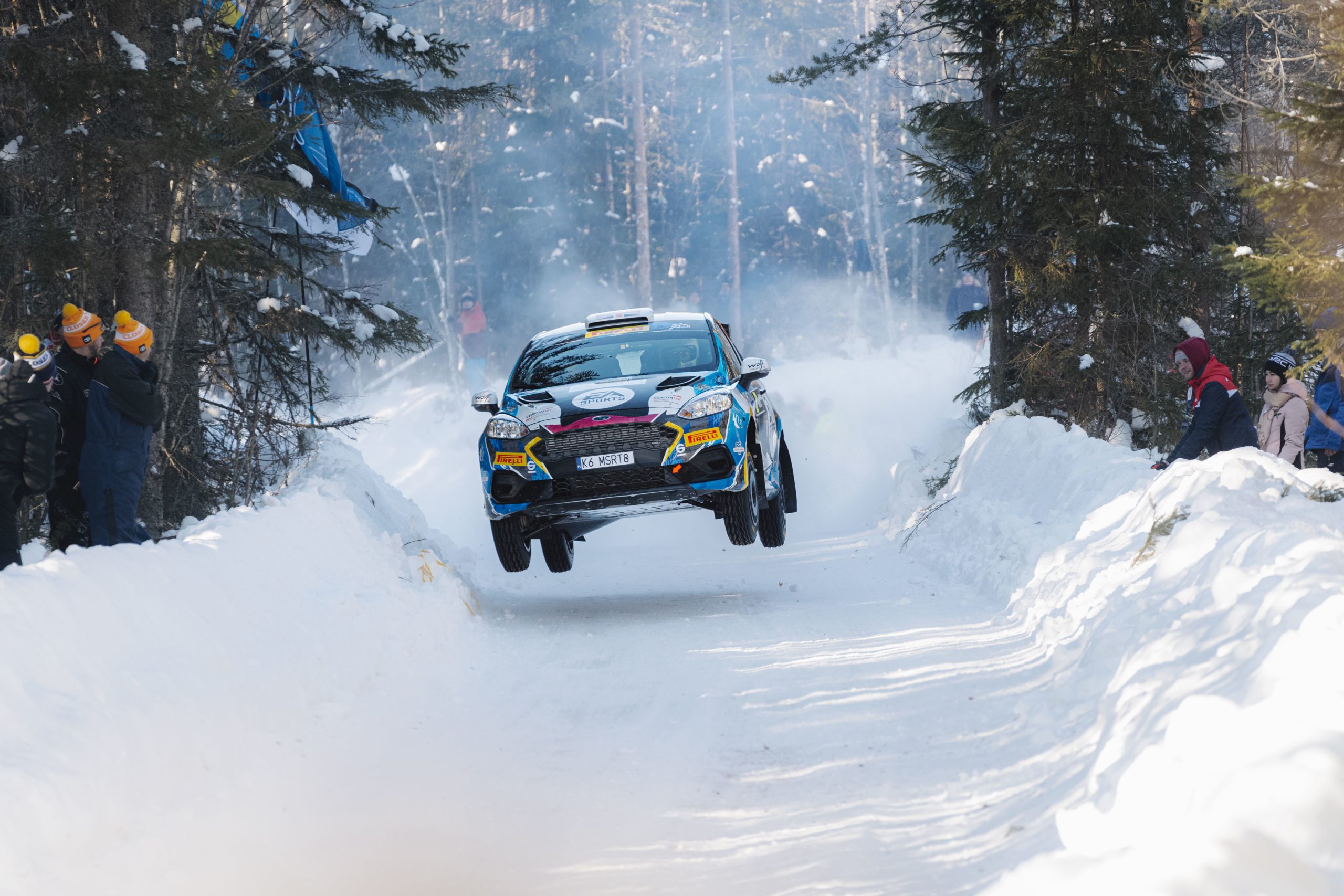 You have always performed very well on the fastest events (Estonia, Poland in 2021), how was Sweden 2022 with the new car?

Sweden was very nice about the car, I think we performed very well at the high speed, with a lot of grip on the fast corners it was quite easy to drive it. The only thing I would say is you have to be careful when you go over some of the crests because the car is getting lighter on the front wheels, once you expect that and you align them is fine.

The car was so so fast at the high speed portions, it has quite a good top speed, it feels like it doesn’t limit very early. Then, the gearing is good, the car has lots of torque as well, and you always keep it in a higher gear than you would have at a Rally4 car. It’s really nice to drive when you’re going on the loose surface and you’re just flowing from corner to corner. 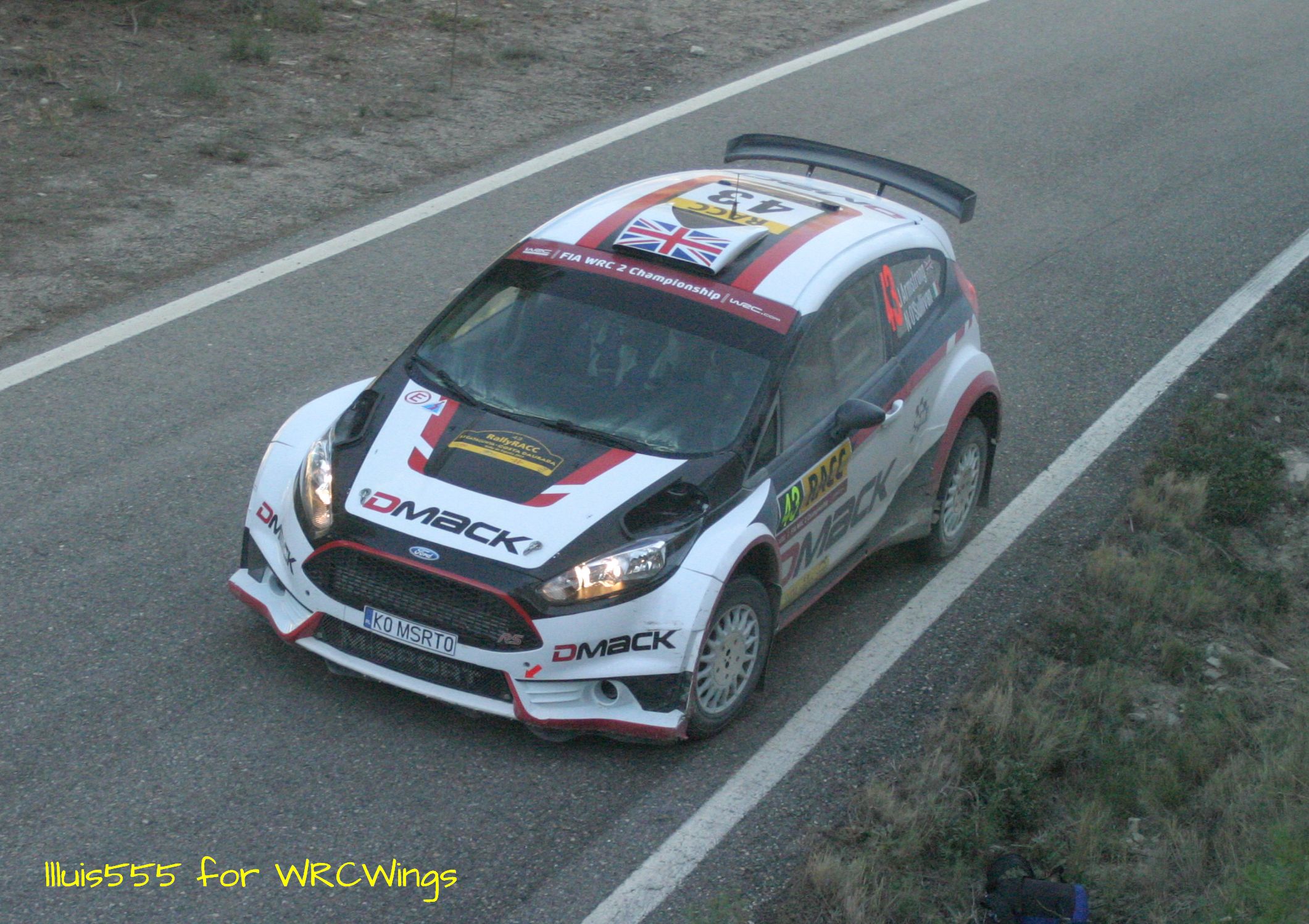 You have also driven the Fiesta R5 (now Rally2) a couple of times in competition. How is it, compared to the Rally3?

Compared to Rally2, the Fiesta Rally3 is similar in driving style, you will drive it in a very similar way, but it doesn’t have the same capabilities: the suspension of the Rally3 is not as advanced as what you have in Rally2 in terms of travel. This makes a big difference over the more uneven surfaces, in terms of how much the car is pitching, so the suspension isn’t as good.

The ride height of the Rally3 car feels much lower than in a Rally2 car, you feel very low on the car and you don’t have so much body movement. I guess this is just the way the car has been designed but, otherwise, you don’t have the same power as in the Rally2, so you can be very aggressive in the Rally3 car in terms of your throttle input, so it won’t be going sideways or braking away on the traction, that’s quite nice, as you can be super aggressive.

The seating position of the Rally3 is more like in a Rally4 car, you don’t sit further back as you do in a Rally2, so maybe it is easier to see where you are going. There are a few other differences compared with the Rally 2 but the suspension, for me, is the main difference. 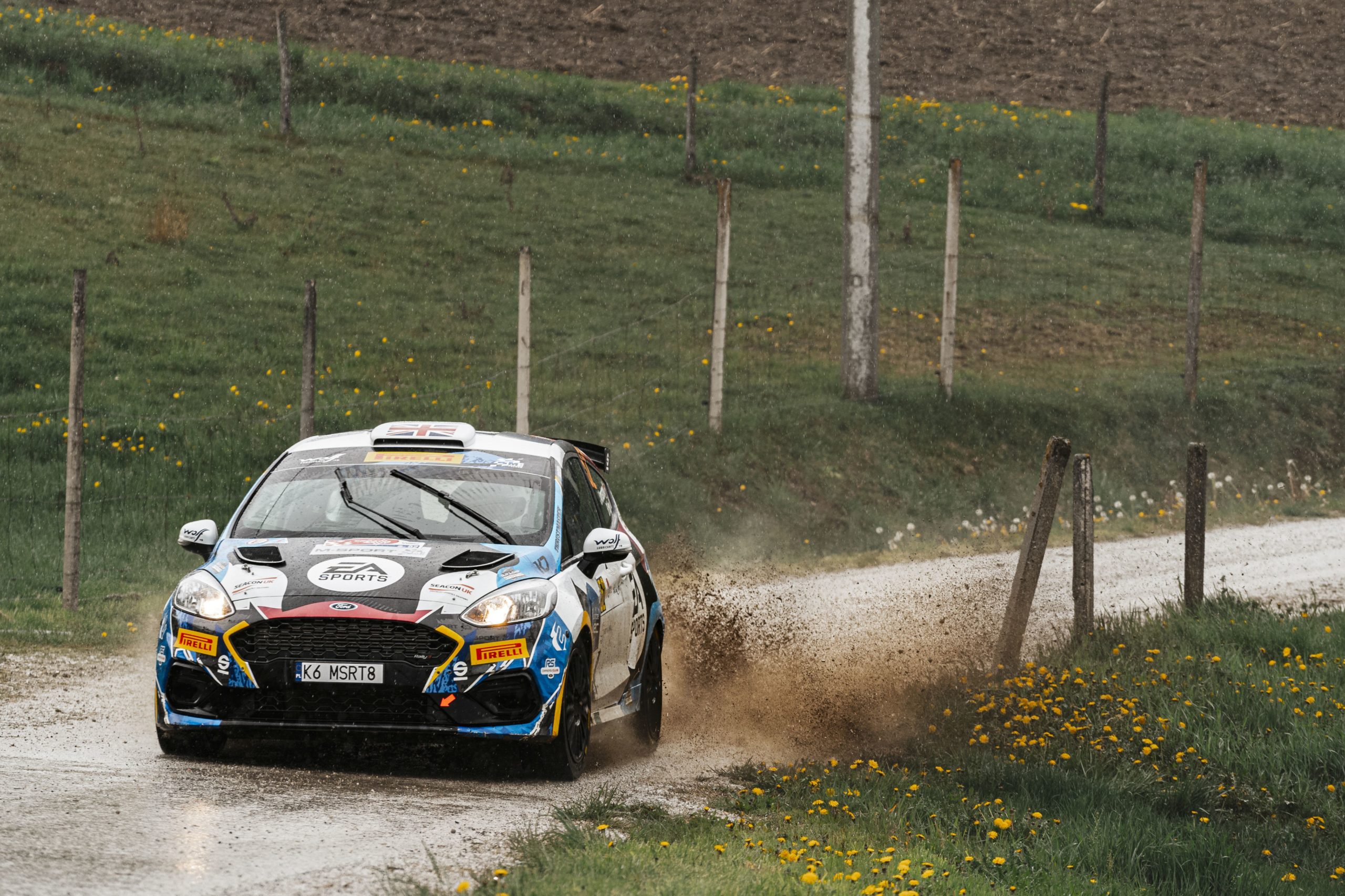 Do you think the Rally3 is the right choice for the Junior WRC Championship, as a preparation for a future Rally2, or was it better with the Rally4 to better help the training of young drivers?

I think that it makes sense to have this step between Rally2 and Rally4, to have the Rally3 car is perfect. I think that all the drivers that have been able to do some events with the car really like it, it’s perfect for people coming from the Rally 4 car. They need to get some experience, for what Rally3 car is perfect. Ok, it’s a bit more expensive for the drivers in Junior WRC, but because the events get so tough and there’s damage on the roads, to have a 4WD is probably more enjoyable to drive. 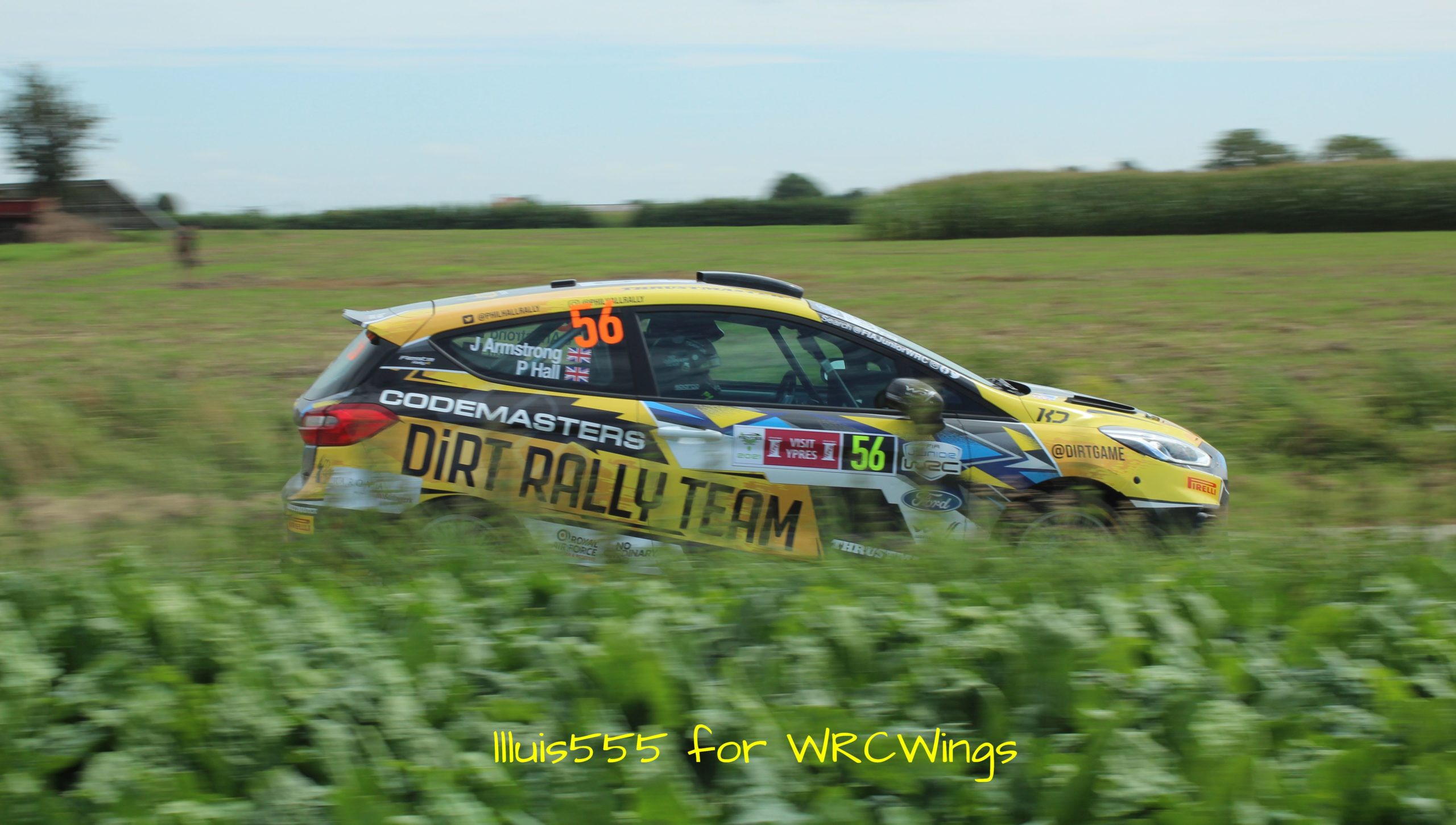 It’s definitively a good step forward but we also need to make sure that the Rally4 has a place in the Championships, I think this is done at the ERC, I think it’s the best place for junior drivers to get to learn 4WD?

Have you ever driven a WRC car? What was our feeling?

I have done one rally a Mini WRC (Carryduff Forklift Down Rally in 2019) which was a lot of fun. It was really good, the car was flying with the front of the nose up also because of the massive rear wing, but you also noticed some differences on the front aero with the splitter and everything. It’s difficult to compare with Rally2 and Rally3 cars because of the much bigger and longer wheelbase, I feel it is a little bit less nimble than base cars that we have on Rally2 and Rally3 cars. 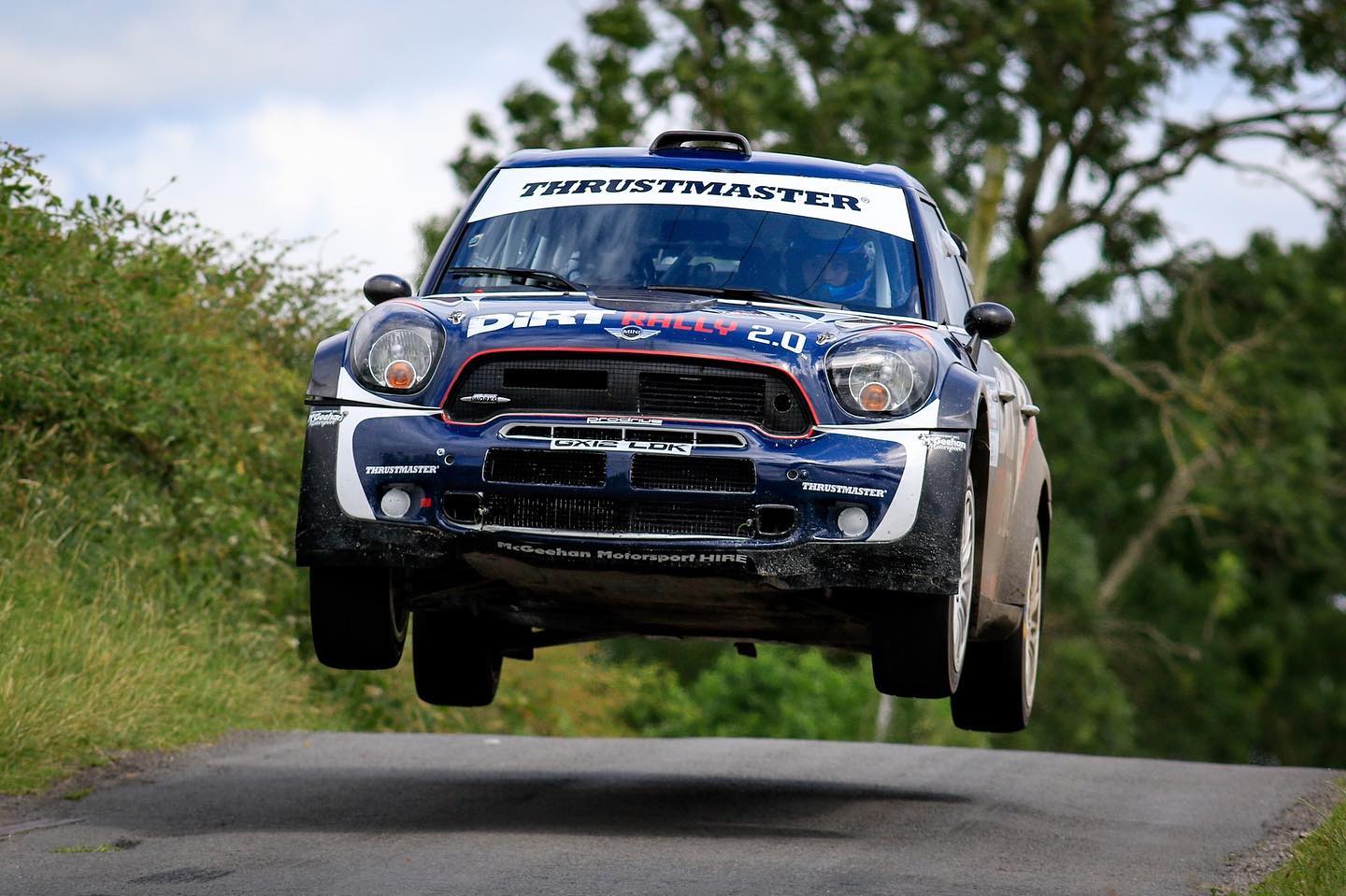 Overall we had so much power and also the differentials felt much different. I didn’t have the chance to play around with them so much, but you can feel that the differentials are working under different strategies than we have with the fixed central differential that we have in Rally2 and Rally3.

And your opinion about the new hybrid era in rallying?

I would like to try the main category cars, but I don’t know if I will have the chance with the hybrid cars. I think it looks really interesting to drive these new hybrid cars because of all the power, when you have the regen of the hybrid and you have the ballad boost and there a lot of power going to the car and it is a lot managing in slippery conditions, you need to be a lot smarter and to be more gentle, I can not say fully without driving it but it looks interesting.

Maybe one thing that they should probably reintroduce in the future is the paddle shift again. Considering there is a lot more power in the car it is a good idea that drivers can keep both hands on the steering wheel. Because right now it looks like a lot of effort. You can argue that’s for rally drivers, but I think it would be more enjoyable with the paddle shift. 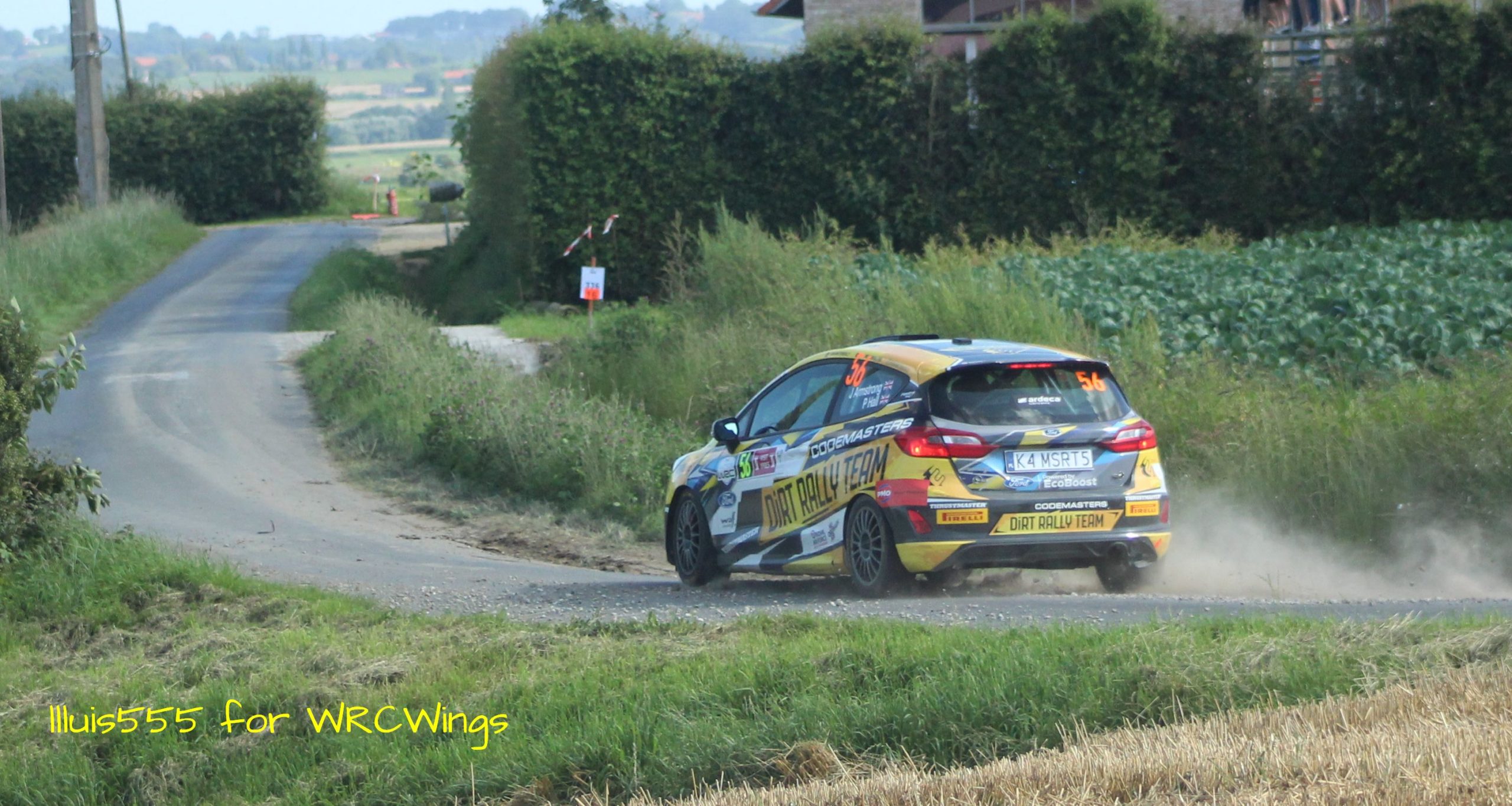 Information on all the results has been obtained from the excellent database by ewrc-results.com.