The prominent side air intakes of the Toyota GR Yaris Rally1 are one of the most visible and identifying details of the hybrid new generation of rally cars. Their presence reminds us that we are in front of a hybrid car, which requires a significant amount of fresh air to cool down the electric engine and batteries. In comparison with the scoops of the other cars, those of the Toyota look bigger and more prominent, which is probably good in terms of ensuring an adequate cooling airflow, but at the same time has a negative impact on the aerodynamics of the car. And this is probably the reason why Toyota keeps working on their reduction or suppression since the end of the first event of the year. This is our review of the development carried out during Rally Italy Sardegna, as well as of the heat mitigation solutions teams implemented to reduce the temperature inside the cars.

High temperatures were one of the most critical points before Rally Italia Sardegna and, although the very high forecasted values were not reached, most of the event was held under temperatures ranging from 25ºC to 35ºC. 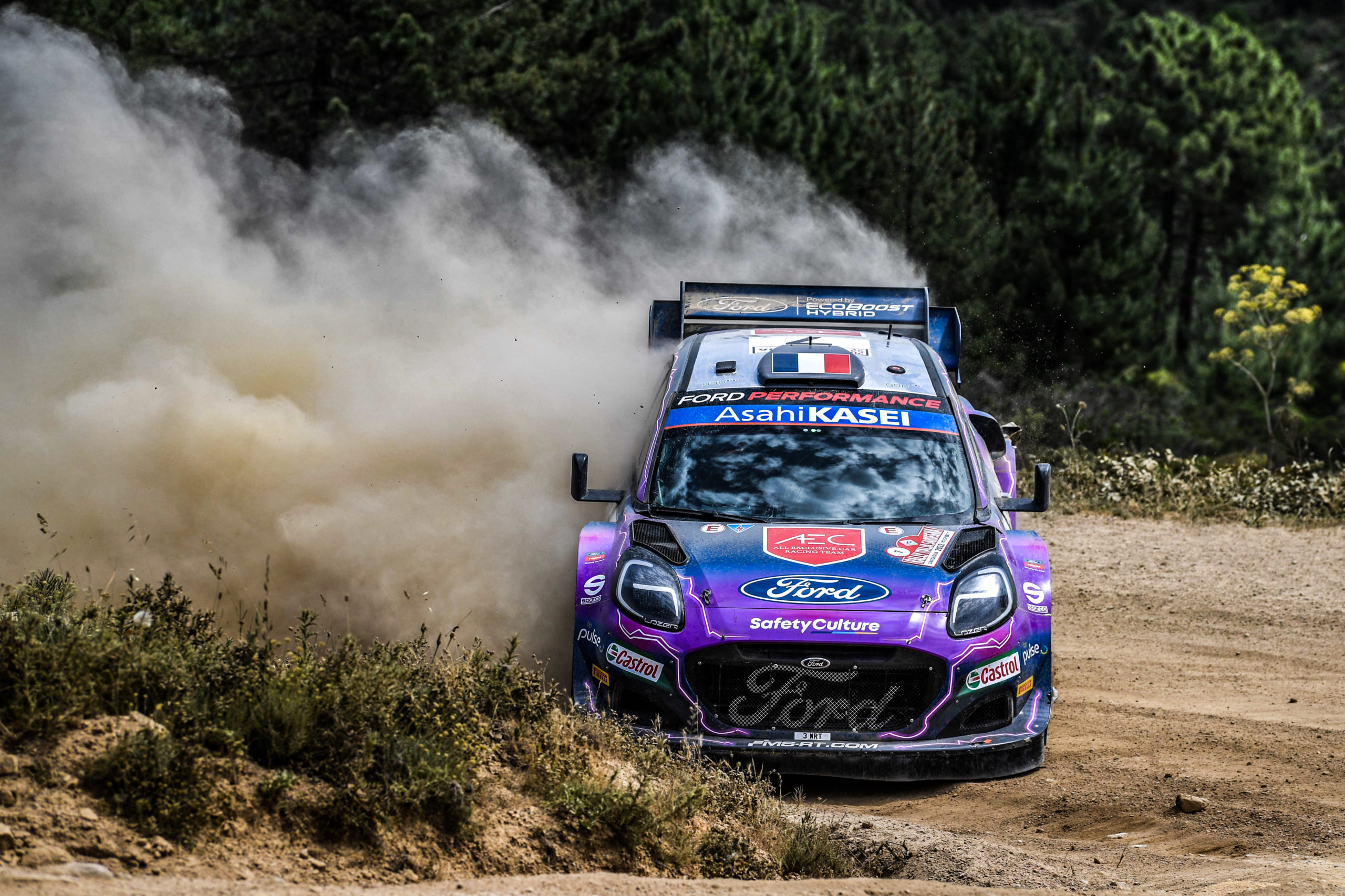 The main concern about such conditions was the very high temperatures that drivers and codrivers had to deal with inside the car. All teams prepared some palliative solutions, such as the use of reflective paints on the roofs (Hyundai and MSport) and windows (all teams) of the cars. 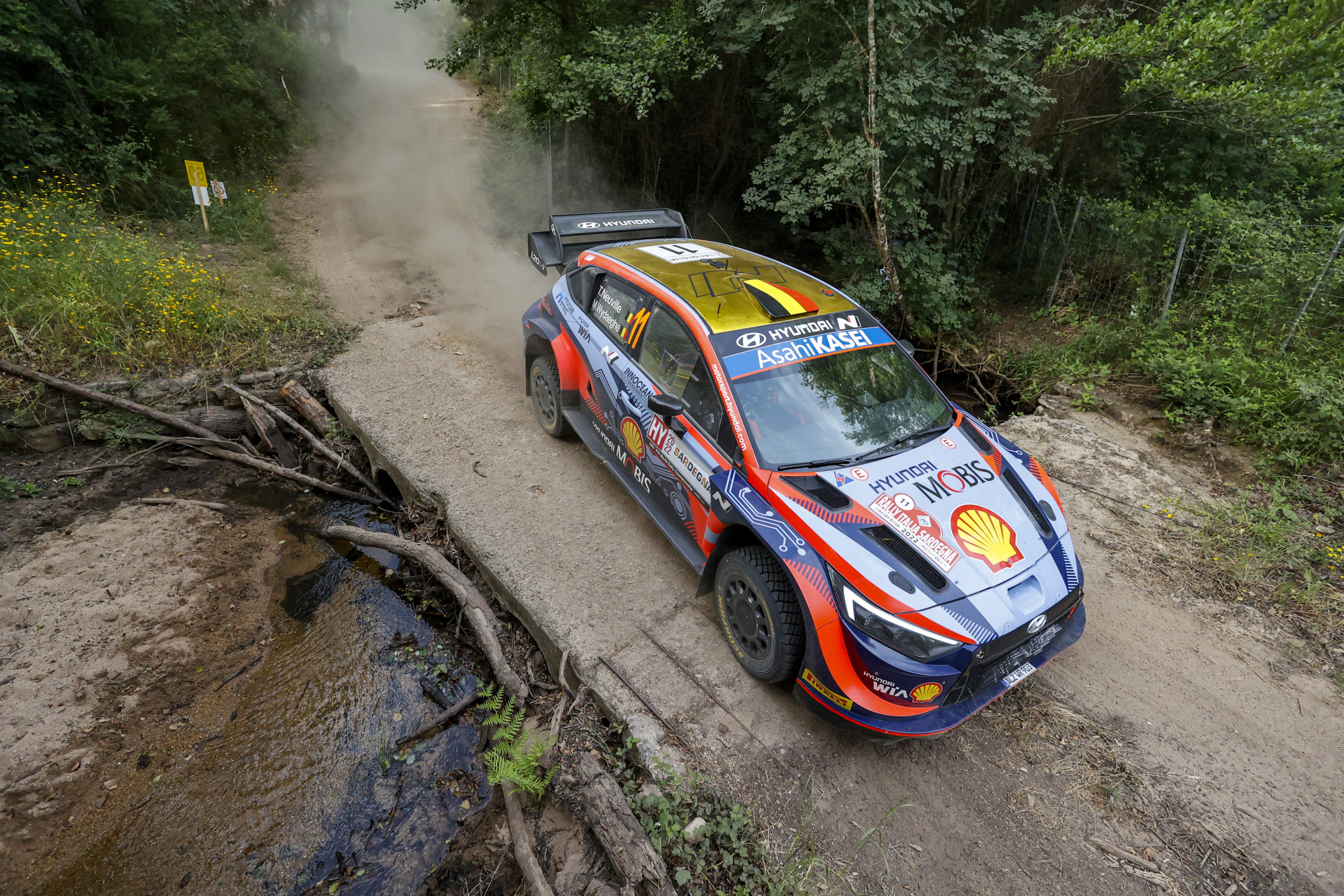 Other solutions were the enlargement of the roof air intakes (Toyota) and the addition of new rear air vents, which proved to be effective but insufficient, for what additional solutions are expected in the next events. 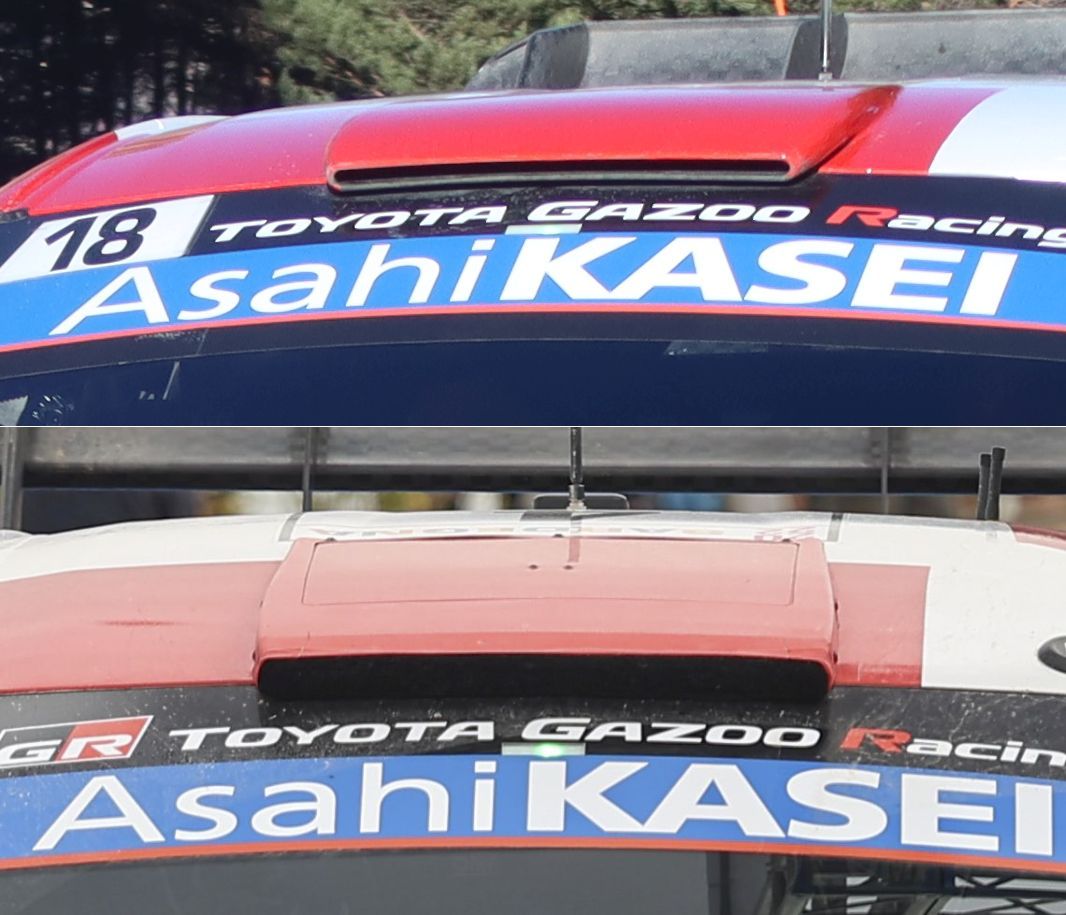 The modification developed by Toyota in the roof scoop allowed to increase ventilation inside the car, with a minimal front area increase, which means that the impact on drag was negligible.

But there was another concern related to the high ambient temperatures: the hybrid unit cooling system. Sardegna represented the first major test, in terms of temperature, for this system, as for the first time it would be used in competition under so high temperatures.

And it seems that the result was satisfactory. It is true that some drivers (Craig Breen) reported malfunction of the hybrid unit at some stages, as it had happened in previous events. We don’t know if these issues were related to the high temperature or to any other factor. But the hot conditions did not stop Toyota to continue with their development of the cooling system. 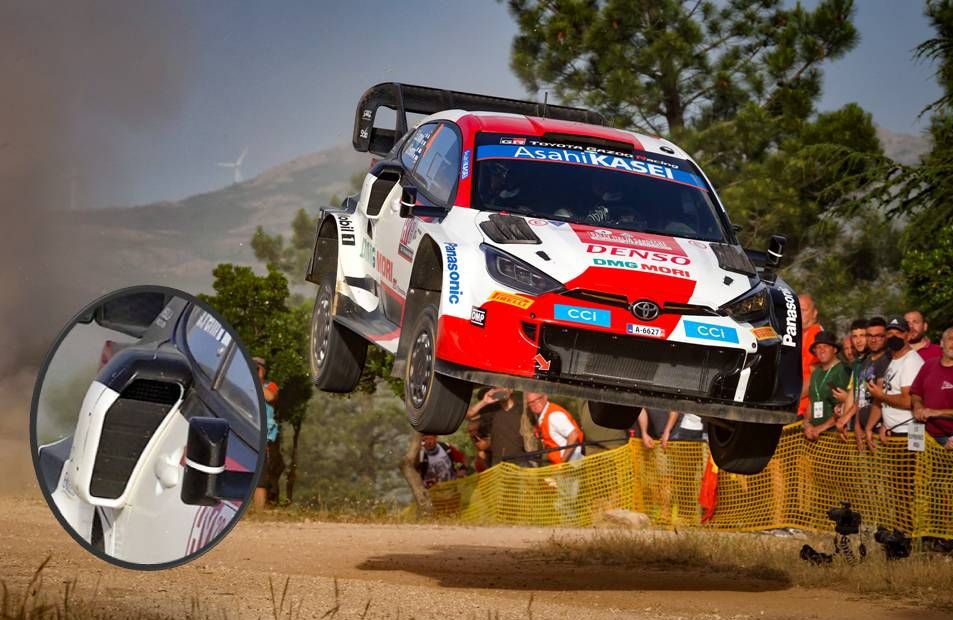 On the contrary, when the requirement of fresh air to the rear radiator was supposed to be maximum, Toyota continued to use partial blockage of the side scoops, as they had already done in Portugal. The differences are that, on one side, the ambient temperatures in Sardegna were higher than in Portugal. On the other side, the size of the blocking plate used in Sardegna, during the Friday stages (held at temperatures between 25ºC and 29ºC), was even higher than that used in Portugal. While the plate seemed to cover 50% of the inlet area in the previous event, the blocking plates used in Sardegna on Friday covered up to 80% of the total inlet, severely reducing the amount of air entering into the rear of the car. 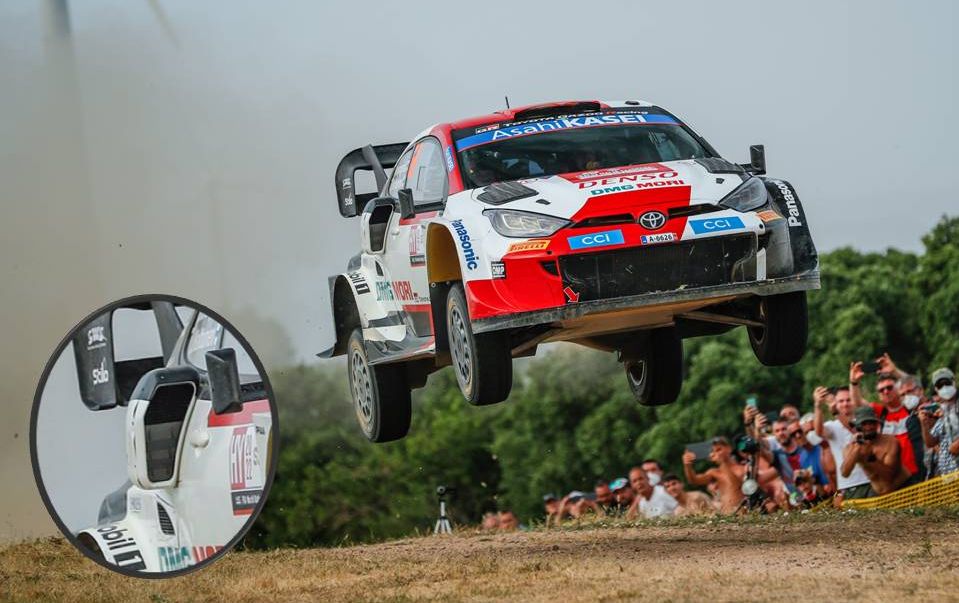 On Saturday morning, with similar temperatures as the day before, Toyota installed a less restrictive plate (around 50% of blocked area), while for the afternoon stages (run at 32-33C) the blocked area was reduced even more, with the smaller plate installed in the car number 33 (Evans/Martin) shown in the image below. 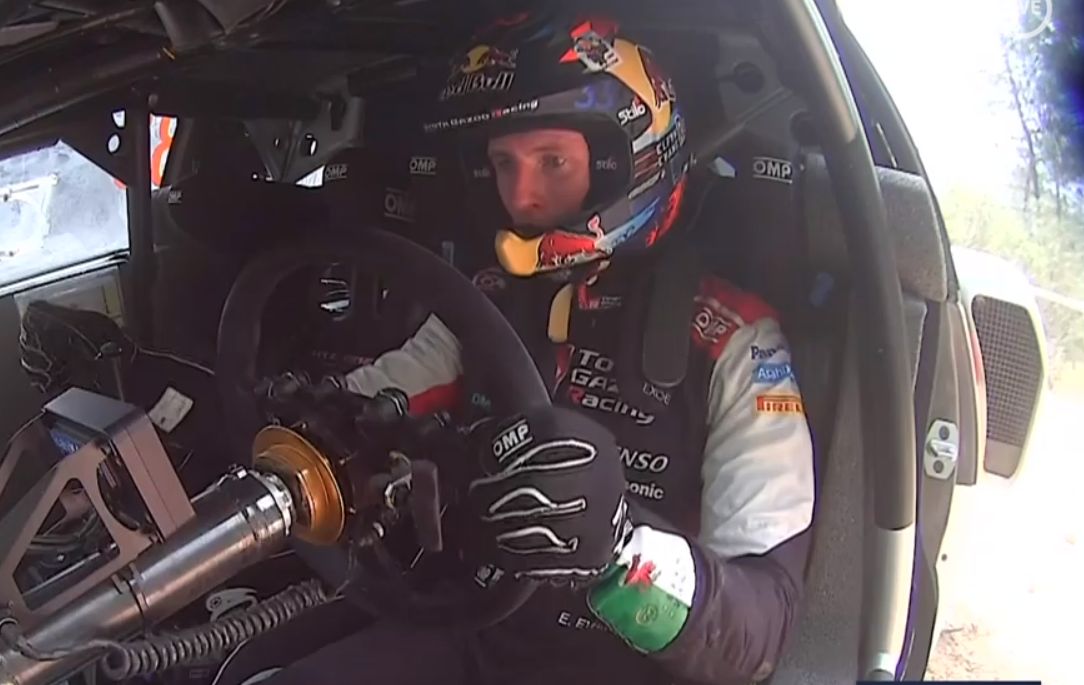 All these changes seem to confirm that

a) Toyota has designed a very effective cooling system, that is able to keep the hybrid unit at adequate working temperatures even with relatively high ambient temperatures and a very limited inlet airflow, 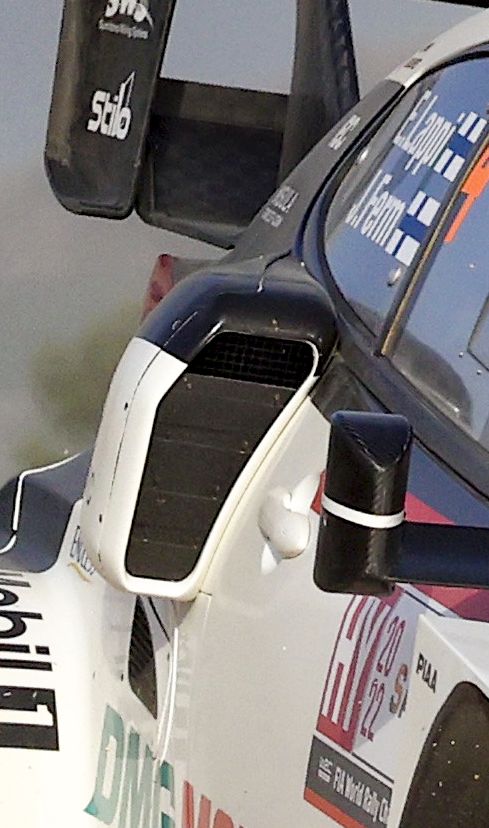 b) the system is very sensitive to temperature changes, requiring higher airflow as soon as temperature raises above 25º-27C.

How have they managed to make the system so effective? A look into the rear of the car seemed to show new pipes and structures, compared to previous events, which might be behind the increase in the performance of the cooling system. 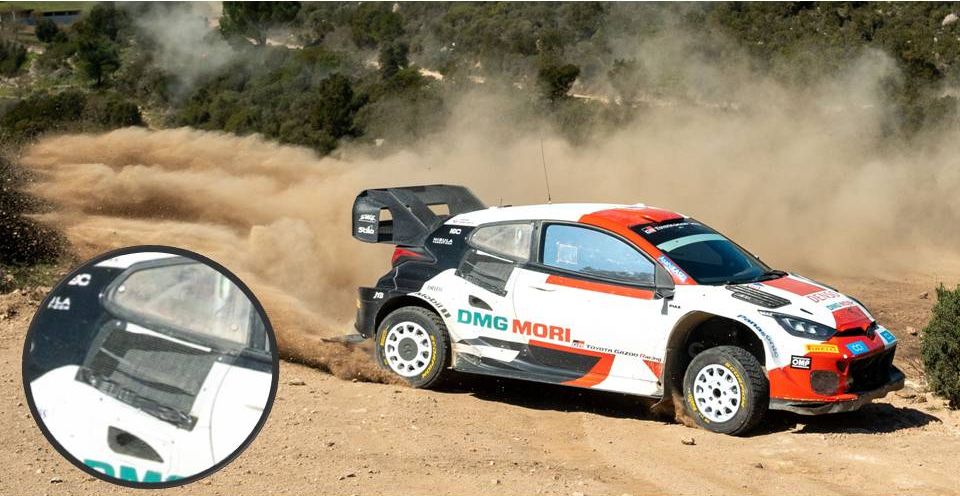 The restriction of the inlet area with blocking plates should have the same impact as the removal of the side scoop, so it is a good test to develop before removing them, which they already did in pre-event tests, as shown in the image above. But this can only be done if the cooling capacity is not in risk at high temperatures. If they are able to succeed in that, it is very probable that we are likely to stop seeing the side scoops soon.