In 2022, the pre-event test (PET) sessions are the only alternative that the WRC teams have to test new evolutions away from their home test area, as no other test days are allowed by regulation, apart from 3 -days per team for Pirelli tests. And PET sessions are the only alternative we usually have to know what are they preparing. This is the case of the recent Rally Catalunya pre-event test, where we could see what looked to be the final configuration for the hybrid unit cooling air intakes of the Toyota GR Yaris Rally1 (that we already reviewed in a previous article), as well as the new aero tests by Hyundai, most possibly for the 2023 car.

The modification tested consisted of the increase in the size of the side wings. On one side, the external endplate (left side of the image below) has been enlarged, with respect to the original design (right side). The new endplate has now the same size as the central wing’s endplate.

On the other side, the wing seems to be wider than the original. As the original design is supposed to reach the maximum width allowed by regulation, this new solution would not be finally implemented with this configuration, but a narrower one. In contrast, the wide design would be used only for testing, to evaluate the potential benefits of introducing modifications in this area.

Air reaching the sides of the rear wing has already been perturbated by the presence of the side air intake for hybrid unit cooling, for what the enlarged endplates contribute to better capture part of this airflow towards the side wing. The result is that air is channeled between the two endplates, thus making more effective the side wing. As shown in the image below, in the original design air was allowed to escape to the outside, while in the new design not. The result is that more air is forced to flow over the side wing, and more downforce (more grip) is generated, at a very low drag cost.

The solution tested by Hyundai is similar to that implemented in the rear wing of the Ford Puma Rally1, as shown in the image below. But Hyundai’s new endplates are even higher than those of the Puma, which might possibly make them more effective.

Since the first day, the images from the test showed the presence of a silver support on both sides of the rear wing. Such a part was already seen during the test that Hyundai developed in their Finnish home test area back in September, where they started testing new solutions for the rear wing. 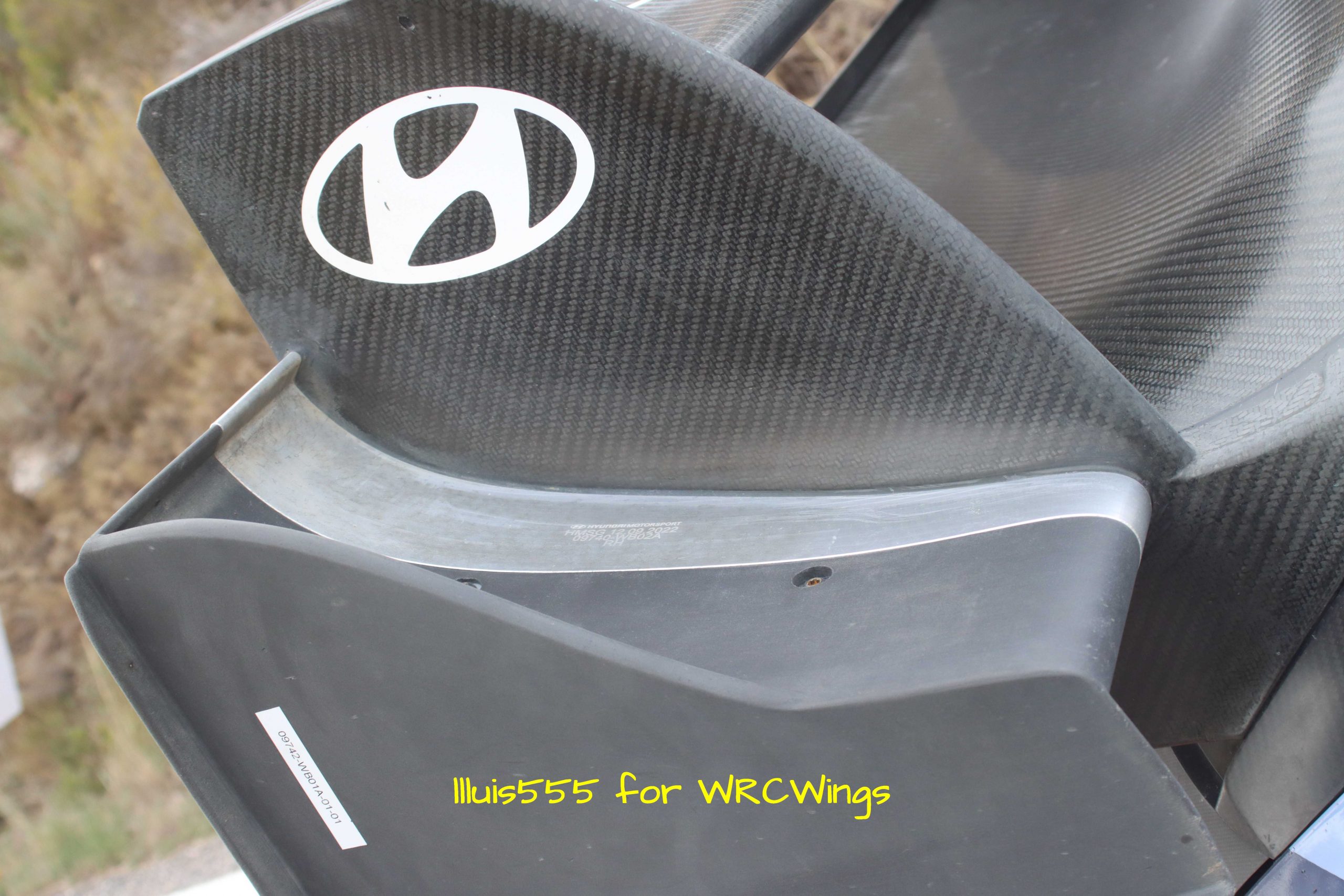 The function of these supports, as it was proved on Thursday’s test, was to allow a quick replacement of the original side wings by new designs, in order to evaluate their impact on the rear wing performance. The evaluation of new side wings, together with the Pitot tube used during the test on the roof, confirms that the team is working on the aero package of the car for 2023, which will surely include a modified rear wing. New clues about the final design might arise in the Rally Japan pre-evet tests, as well as in the coming interseason tests. 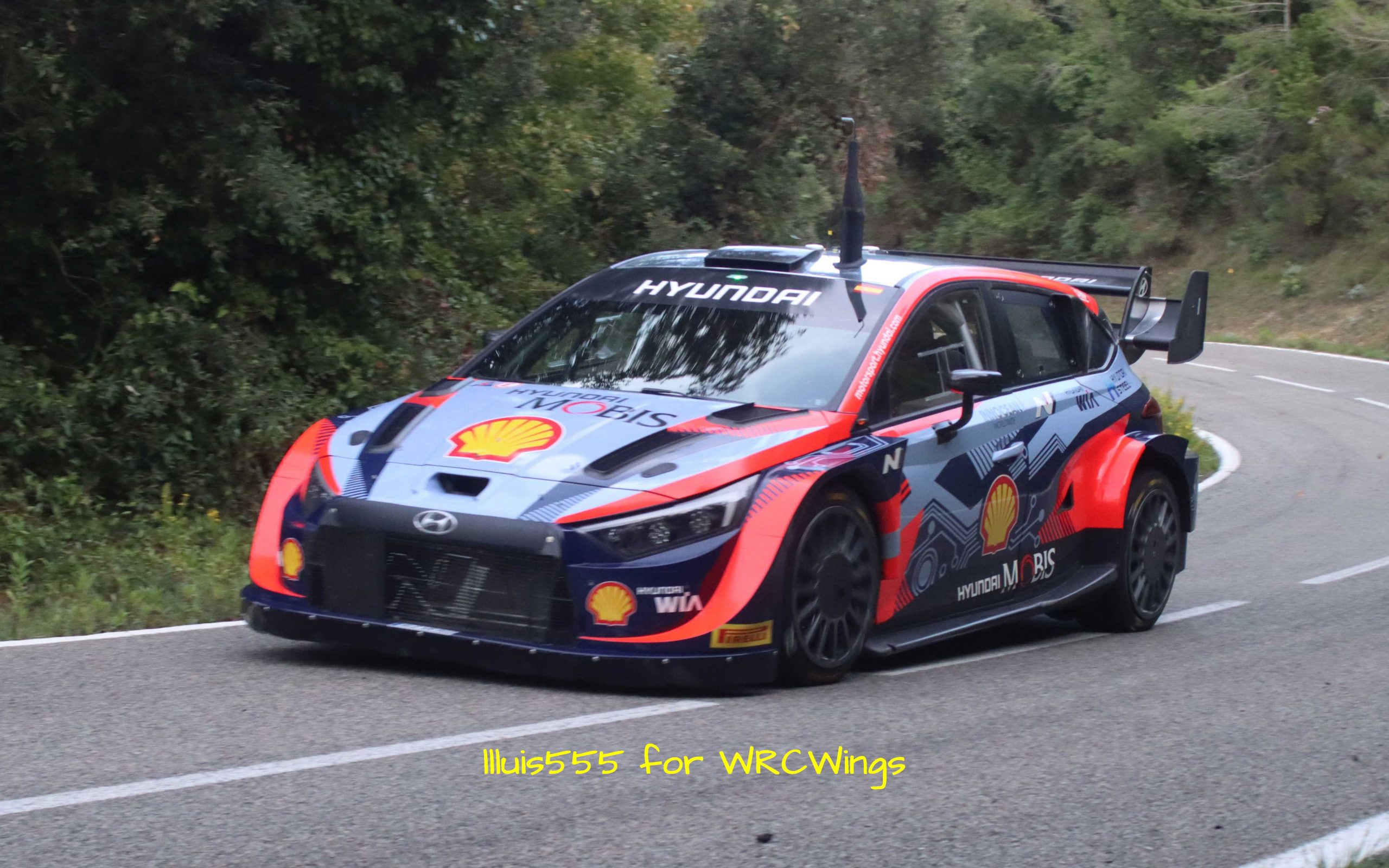