During the recent Rally Catalunya, we had the chance to talk with Technical Managers, Team Principals and drivers of the Rally1 teams. All of them kindly accepted our proposal (for which we are very grateful, also to their respective press officers) so we couldn’t miss the chance to ask them about current and next year’s aero developments. And this is what they told us.

One of the main objects of development during 2022 has been related to the presence of side scoops for hybrid unit cooling. They have a real impact on the aero performance of the car, so teams have been working all year to minimize their impact. But this could only be done once the teams confirmed that the cooling capacity was guaranteed. Is that a true statement? 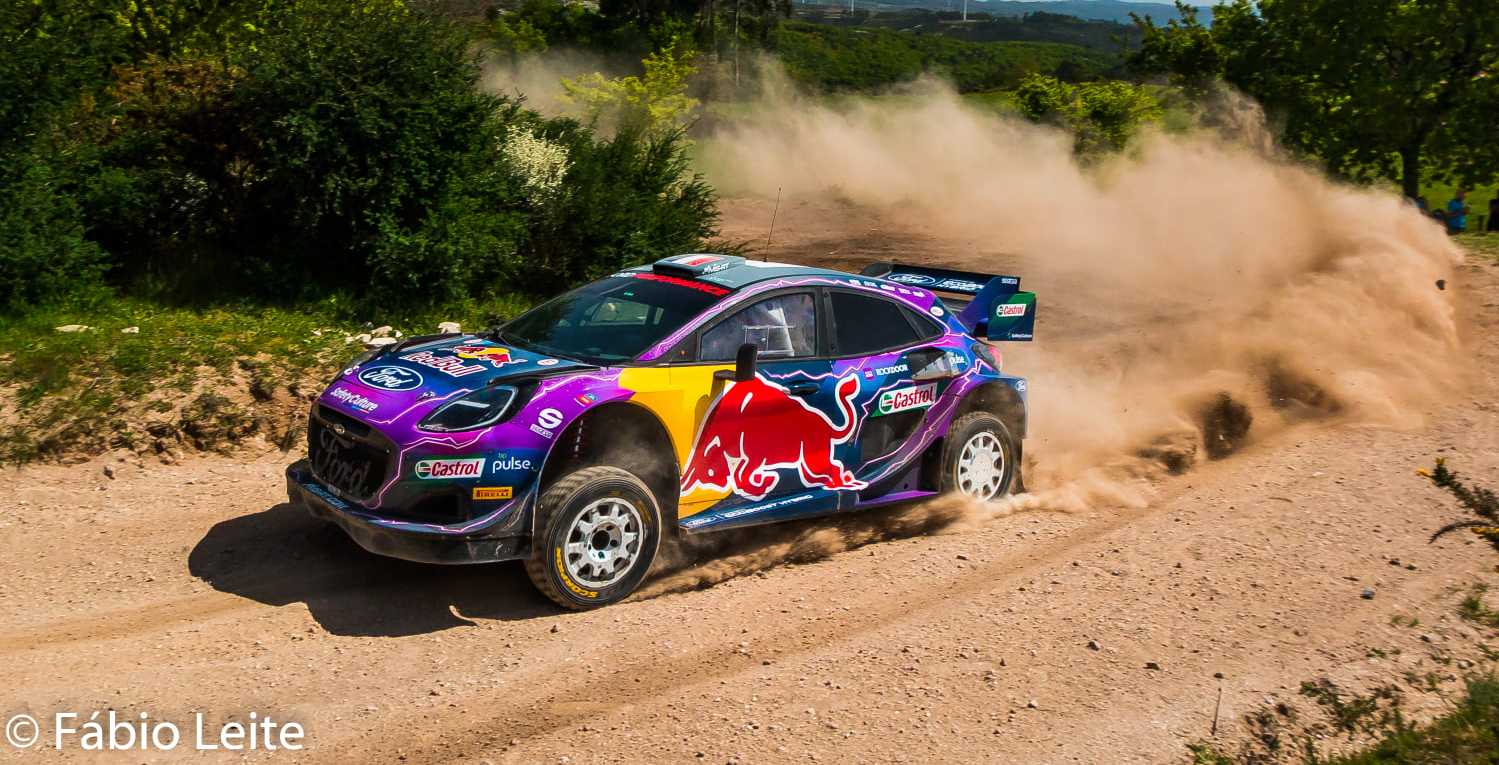 Not surprisingly, there are different points of view on that. M-Sport is one of the teams who has been working on it. According to Technical Manager, Chris Williams, this is not the case in all events, and he prefers to talk about flexibility in this area: “We need the flexibility, depending on the event, to be able to balance the needs of the hybrid in the overall car performance”.

Toyota’s Technical Manager Tom Fowler explains how this issue affected them: “The aerodynamics of the vehicle was designed ahead of the hybrid system being fully available for our testing, and the information that we had regarding the required heat protection for the hybrid system was purely simulation and numerical based calculation which was provided to us from an external source. So, we just only tried to create cooling capacity with the aerodynamics that would be sufficient based on the numbers we were provided, and then reality was quite different. Now, what we are doing is turning back to reality”.

“With this new information that we’ve been gathering, that we have suddenly more cooling capacity than necessary we are able to readdress the (aero) balance”, states Fowler. This seems to confirm that the side scoops will be finally replaced in the GR Yaris Rally1 by a less-draggy solution, such as that Toyota tested during the recent Rally Catalunya pre-event tests.

Toyota was the only team introducing a significant modification to their aero package in 2022, with the introduction of a modified rear wing. Was it related to the presence of the side scoops? “Not entirely” explains Fowler. “They are not completely independent, but the main adjustment was more a reevaluation of the drag ratio in the car, it was more about drag than any other thing”. This means that there will not be any readjustment at this level, in case the scoops finally disappear, as “at the moment, we are quite satisfied with the rear wing and most of the aerodynamics”, confirms Fowler. 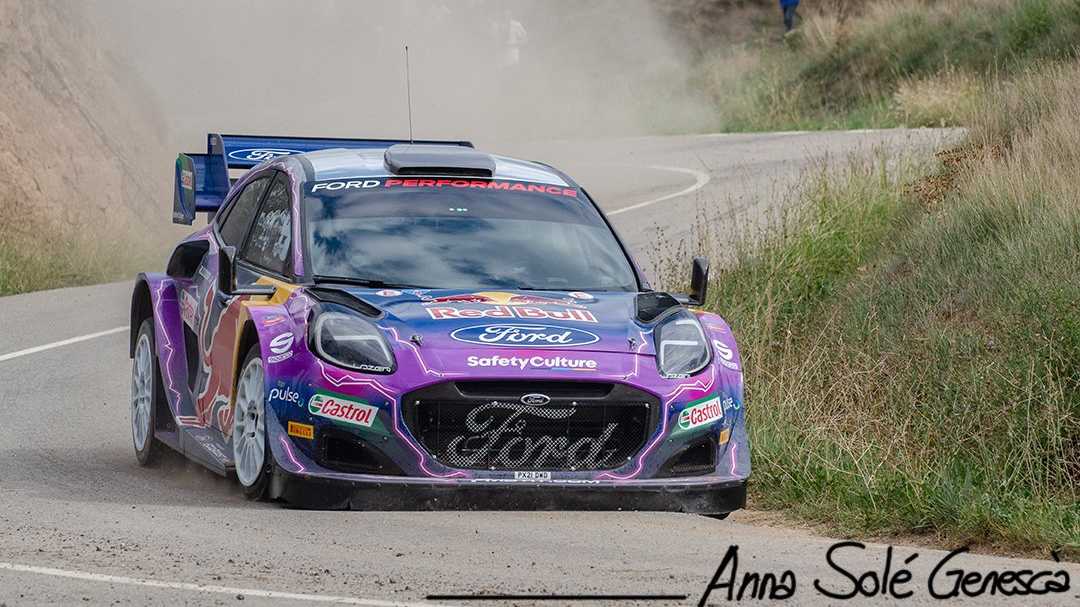 Another weak point of the current Rally1 car generation is the lack of front downforce, as the 2022 regulations forbid most of the parts included in the previous WRC car generation designed with that purpose. How teams are dealing with it?

For M-Sport driver Pierre Louis Loubet this doesn’t seem to be a problem at all: “There’s less front downforce, yes, but to speak about the front of the car is not only about the aero, as the philosophy of the Puma is that you have a very good front, I mean about the chassis. In a car like that, front downforce just helps on this side. In other cars that I have driven, when you don’t have a very good front, aerodynamics are very important, because you can compensate a lot with that. In the Puma I would say that the chassis does the job on the slow corners to turn, while on the Hyundai it was much more different, you feel that you need to push more to turn the car. At this moment the downforce can help, so you have to be very aggressive on the car. The Puma chassis doesn’t require so much support from the aero side”. 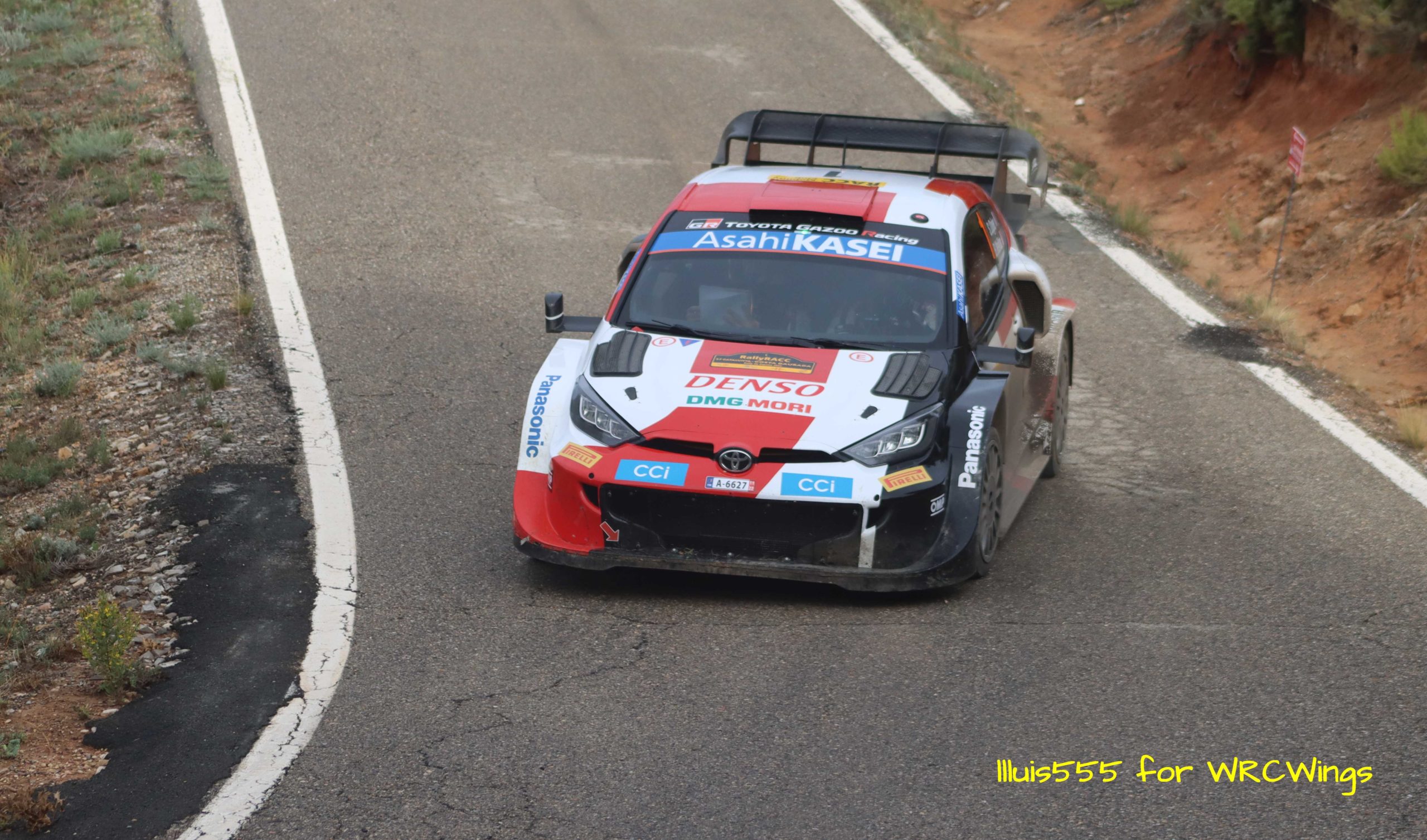 Also, it does not seem a big issue for Toyota, according to Fowler, as “we are looking at a lot of different metrics, and one of the most important is the balance, so we are not always necessarily aiming for the total downforce as a target, this would be a little bit simplistic. Using the regulations available we’ve been able to find a balance that is a good starting point”.

According to Chris Williams, things could have been different, but “the FIA was a bit forceful in trying to reduce the amount of aero features and aero elements on the car. Our first design was quite different from our last design, mainly due to the influence and the constraints imposed on us midyear (2021) by the FIA”.

What other developments can we expect for 2023? On the M-Sport side, Chris Williams confirms that we won’t see any external modification while recognizing that this is a subject they don’t like to divulge, as one would expect. 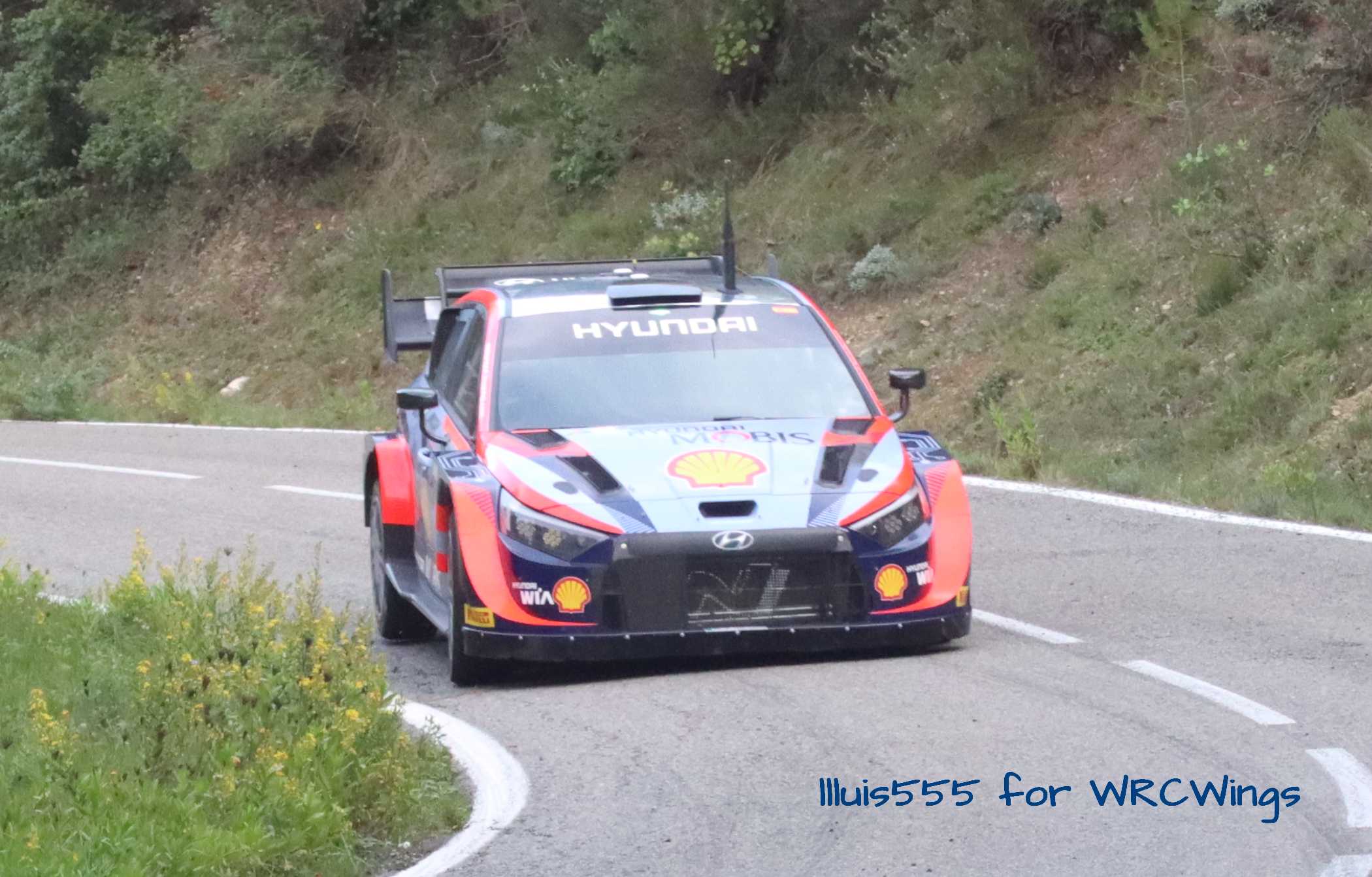 Hyundai’s Team Principal Julien Moncet pointed out that “the aero is one of the topics where we work, like the weight, suspension, transmission, and so on. Aerodynamic rules for this year for the Rally1 have been very simplified and reduced in terms of freedom, but still, we try to get what we can”. The images of the aero test that Hyundai developed during the Rally Catalunya pre-event test seem to confirm that they would be working on the aero, especially on a new rear wing.

Another clue was provided by Toyota’s Team principal Jari-Matti Latvala, as he recognized that “modifications for the car will be a lot more challenging next year. We need to improve especially in the combination of tough gravel and hard tyres, where this year we showed to be less competitive”.

Tom Fowler confirmed that “there will be some differences in the 2023 car, but not everything that we have been testing” will be in the new car. 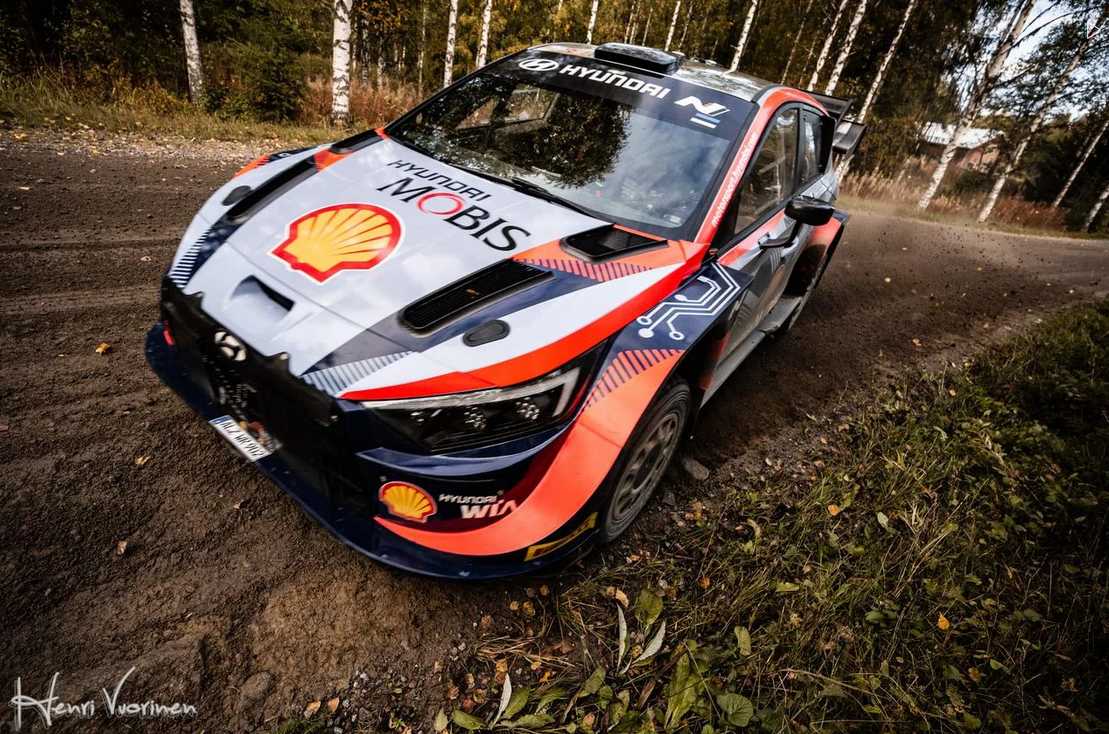 One of the main limitations for all teams is the reduction in test days available. Since 2022, they are only allowed to test one day per driver and European event (plus the Safari), apart from the tests in their permanent testing site, which are unrestricted. According to Julien Moncet, “This is also a problem as testing days are very limited for Rally1 cars, and to bring developments we need to test and to validate is becoming more and more difficult”.

Hyundai changed this year the location of their permanent testing site from Germany to Finland: “This has helped as well, as in the past we had only a test zone in Germany, just a proving ground, while competitors had some advantage. Adding this base in Finland gave us some new opportunities to prepare some rallies such as Estonia and Finland, which are not the same but similar, so it was a great move, and the plan is to continue there next year.” 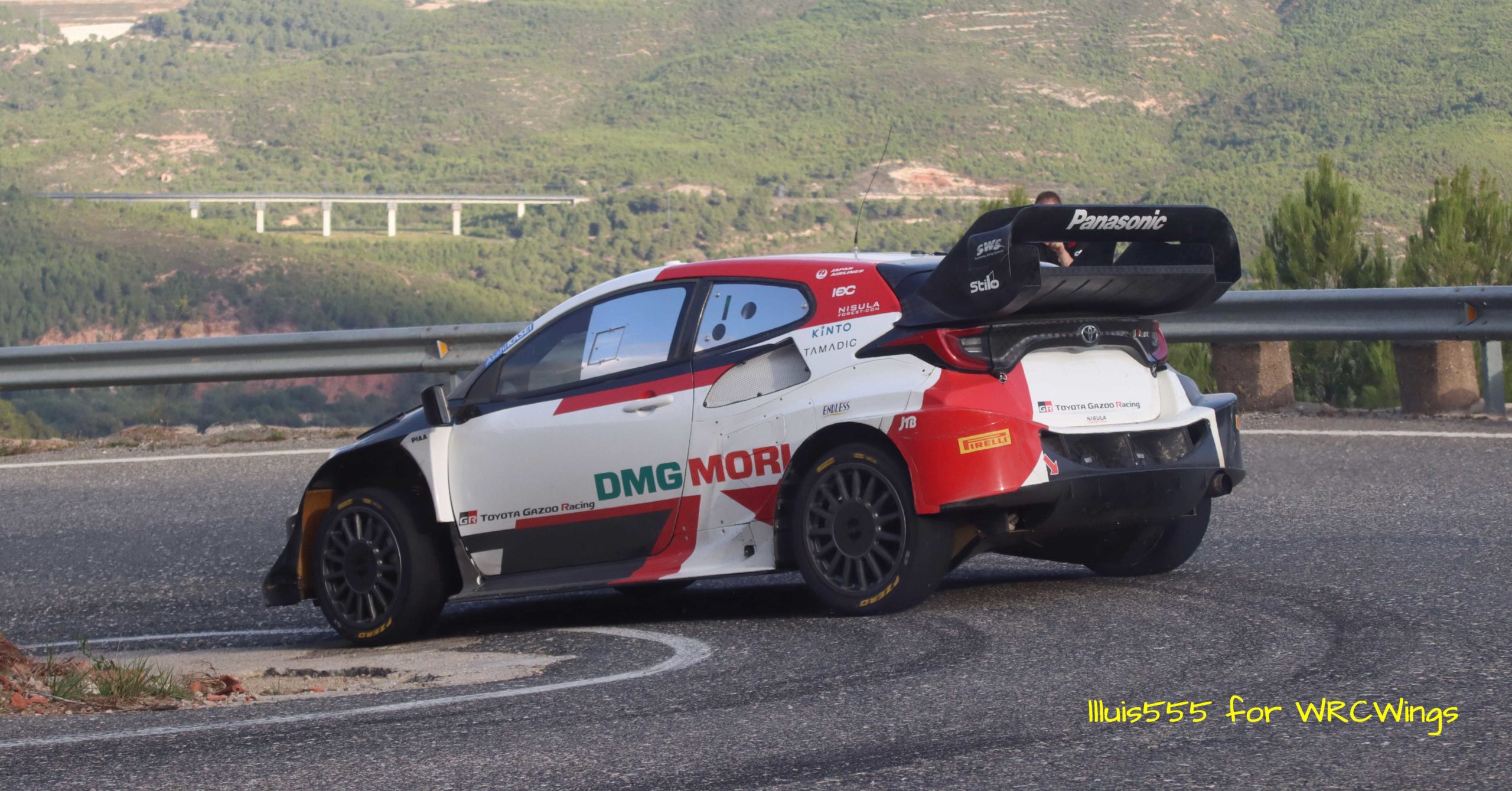 In conclusion, we will see some aero developments in 2023, some of them already known, but there’s still room for surprises. A pity that test days are so restricted, so we will probably have to wait until January 2023 to get a better idea.