The Toyota GR Yaris Rally2 Concept was finally unveiled for the first time during the recent Rally Japan, with Juha Kankkunen behind the wheel. The car, which has also been showed during the final event of the TGR Rally Challenge, is a Rally2 concept car with some nice aerodynamic details that are worth a closer look, even at this early stage of the car’s development.

The car is based on the GR Yaris road model, a variant of the Yaris model that was already designed with specific features intended to serve as the basis for the future rally car, such as a different front design, reduced height and lowered rear roof.

The front view of the GR Yaris Rally2 Concept shows significant modifications with respect to the GR Yaris road car. The front grille (A) has been redesigned to allow a higher and more direct airflow to radiators and intercooler, while the rectangular side air intakes for brake cooling have been reduced in size and converted into small circular intakes (B), thus reducing the amount of air sent to the brakes. Both designs are surely provisional, as anything in a concept car.

The front splitter (D) has been extended on both sides, to connect with the extended front wheels arch, thus allowing to capture more air and convert it into more front downforce. 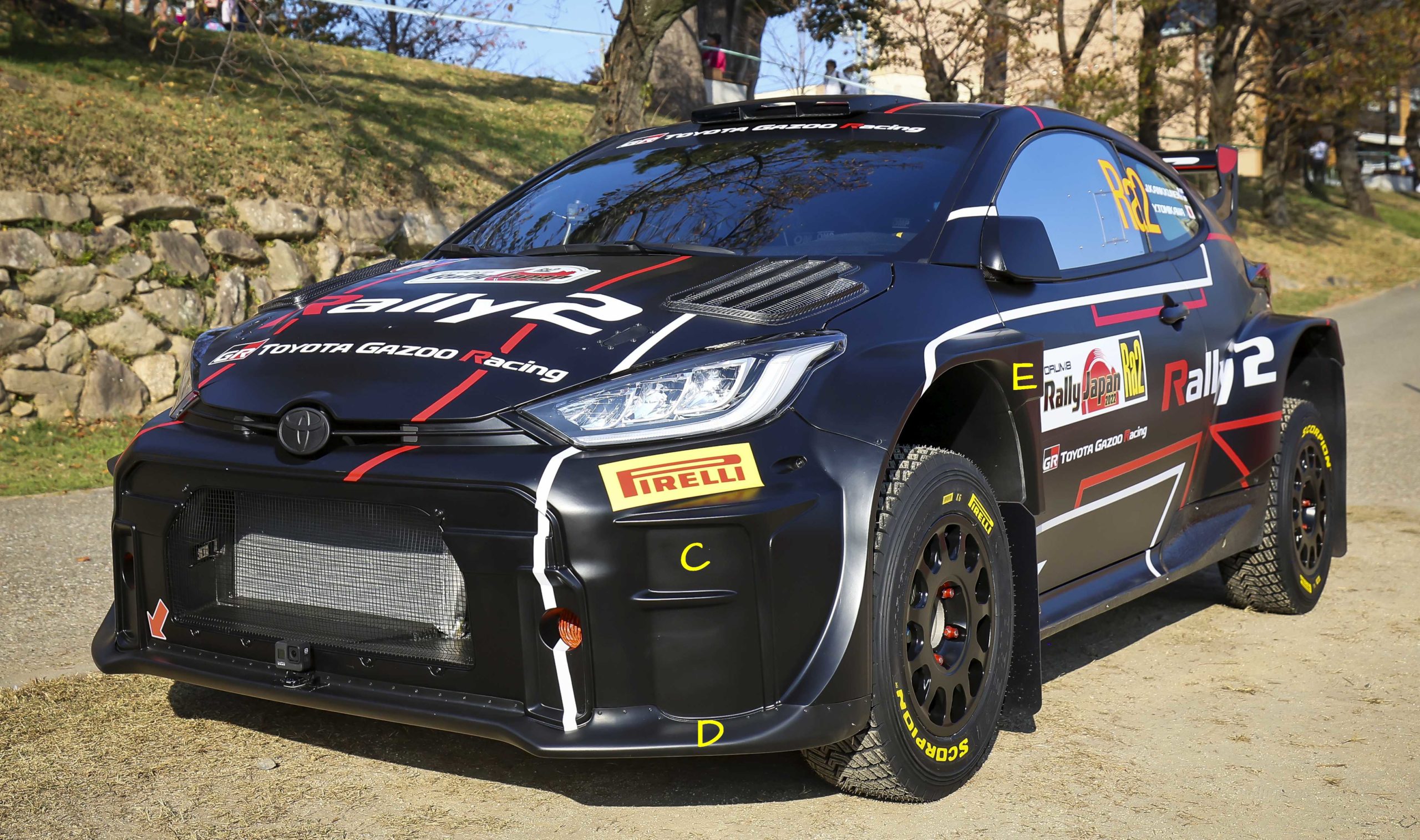 The side covers keep the two small horizontal dive planes (above and below the C) already present in the GR Yaris road model. They are intended to channel air toward the front arch while generating some (small) downforce. But the size of the lower plane seems to be smaller than in the road car, which is surely due to the more prominent covers used in the Rally2 Concept. Another point where surely modifications will be introduced in the future.

The bonnet in the Rally2 Concept (as in the GR Yaris road model) has been raised by 40mm, thus reducing the angle between the bonnet and the windshield. This is beneficial in terms of drag, as air can flow smoother in this area due to reduced angles. Note also the presence of two air vents on both sides of the bonnet, following the same configuration as in the Rally1 car.

As usual in all Rally2 cars, the top surface of the front arches (E) has been converted into a horizontal plane, extended to the rear. The aim is twofold: more downforce is generated on the front wheels, while air is sent to the rear arch, rather than to the underside of the car, where some of it might be tempted to enter under the car, increasing pressure and reducing grip. 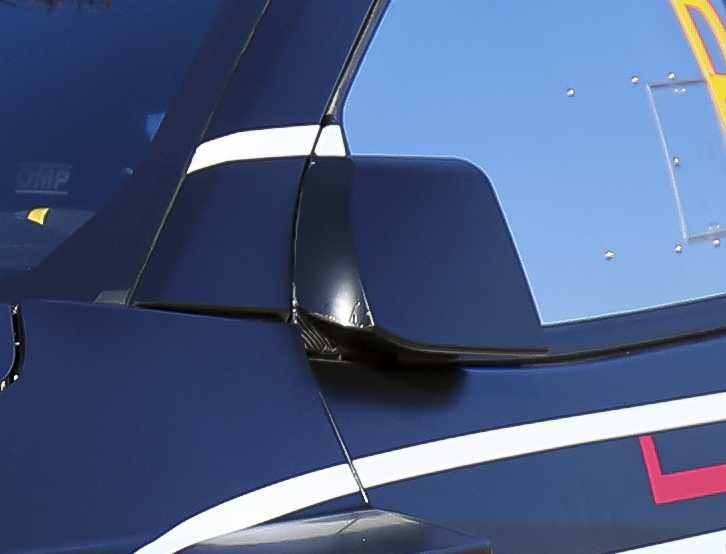 One of the main novelties in the sides of the Toyota GR Yaris Rally2 Concept is the introduction of new, small door mirrors. The goal is to reduce air resistance (drag) thanks to the reduced front area and a smooth design that allows air to flow easily over it, with a reduced impact over the air flowing alongside the car, compared to other, traditional door mirrors.

The design of the mirrors is similar to those included in the unborn GR Yaris WRC, as well as in the Rally1 car that Sebastien Ogier and Vincent Landais tested during the 2022 Rally Catalunya pre-event test. The main difference is that the front support has disappeared in the Rally2 Concept.

One of the advantages of the GR Yaris road model is that the total height of the car has been reduced (by 45 mm) with respect to the standard Yaris road model. This represents a very good starting point, in terms of a smaller front area, which translates into smaller air resistance (less drag). At the front of the roof, a scoop very similar in size to that used in the Rally1 car has been installed.

The base car (GR Yaris) is a 3-door car, which allowed Toyota to design a lowered rear part of the roof. This leaves air more space to flow over the roof than in the case that the floor was flat (as shown by the yellow dashed line). The result is that more air reaches the rear wing, which becomes more efficient in downforce generation. Again, an advantage of starting from a base car designed to serve as the basis for the future rally car (the GR Yaris) rather than from the standard Yaris road model.

The rear wing receives then a higher airflow than if the roof was horizontal, and it becomes more effective in downforce generation. It is supported by two side supports, acting as endplates, such as in other Rally2 cars, like the Skoda Fabia RS, the VW Polo GTI or the Ford Fiesta. The difference is that, in the case of the Toyota, the supports are cracked in the inside, instead of solid like his rivals.

The wing includes a very small Gurney flap at the rear edge (as marked with the yellow arrow), to increase the wing efficiency.

The rear wheel arches have been also modified, similarly to the front ones, with a flat surface on top of the arch. The goal is to generate some downforce with the air flowing from the front arches, and then release the air behind the car at the center of the wake. If the rear of the wheel arch was round, air would follow this shape and it would ‘fall’ into the rear of the car, generating recirculations that lead to energy losses and drag. The flat rear arches contribute to a fast remove of air, thus drag is reduced.

Note that, as in the Rally1 car, the space between the wheel arches and the wheels is really big, in order to give the air a way to be removed from the wheel space. The aim is to reduce the pressure under the car, so that the car sticks to the road, thereby increasing grip, and more engine power can be transferred to the ground, leading to a higher speed. 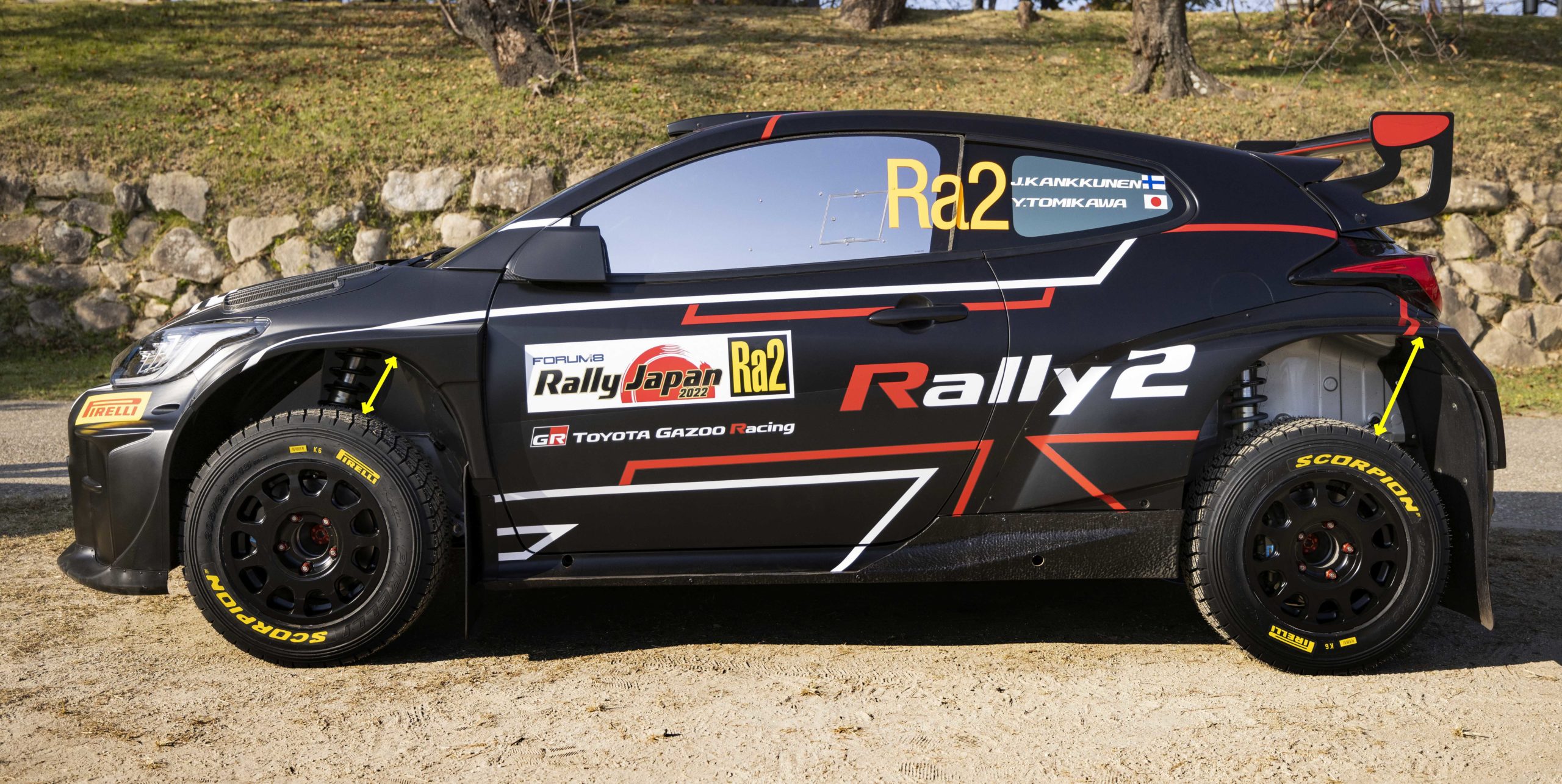 The images from the rear of the car seem to indicate that this area is still to be defined, as the exhaust is located on one side, while there’s space for another exit at the center, on top of the diffuser. 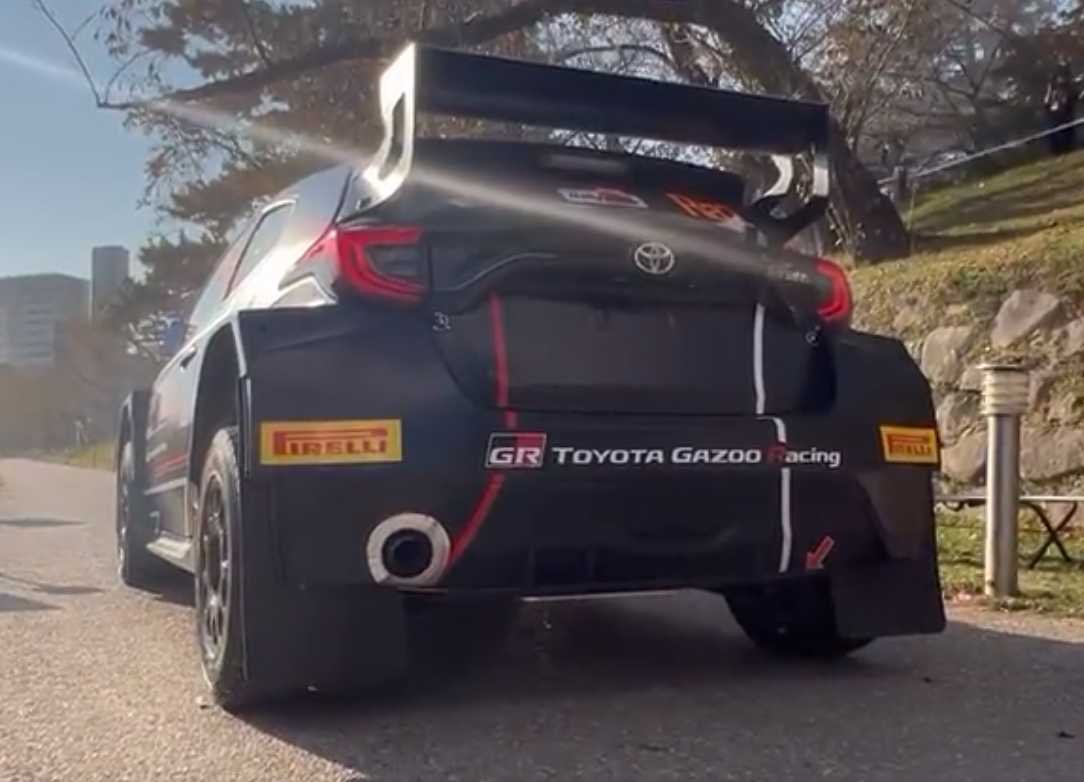 In summary, some very interesting details are already present in the very first stage of the development of the car. The test program, which already started before Rally Japan, is expected to take all of 2023, while the first customers should receive the new car in 2024. A long and exciting development work ahead, which we will follow closely, as usual.